Are there some types of patriotism that are dangerous?

Many people, including the President, have criticized this action. They suggest that kneeling during the anthem is disrespectful to our flag and is unpatriotic. Recently, the President tweeted that NFL players should always stand for the anthem to show respect to the flag and country.

In saying this, the President and those who agree with him suggest that love for one’s country means not criticizing it in any way. They also suggest the patriotism means not protesting anything it does.

It cannot be that true love for one’s country demands unquestioning obedience and the abandonment of all criticism. This not, in any way, how love works. 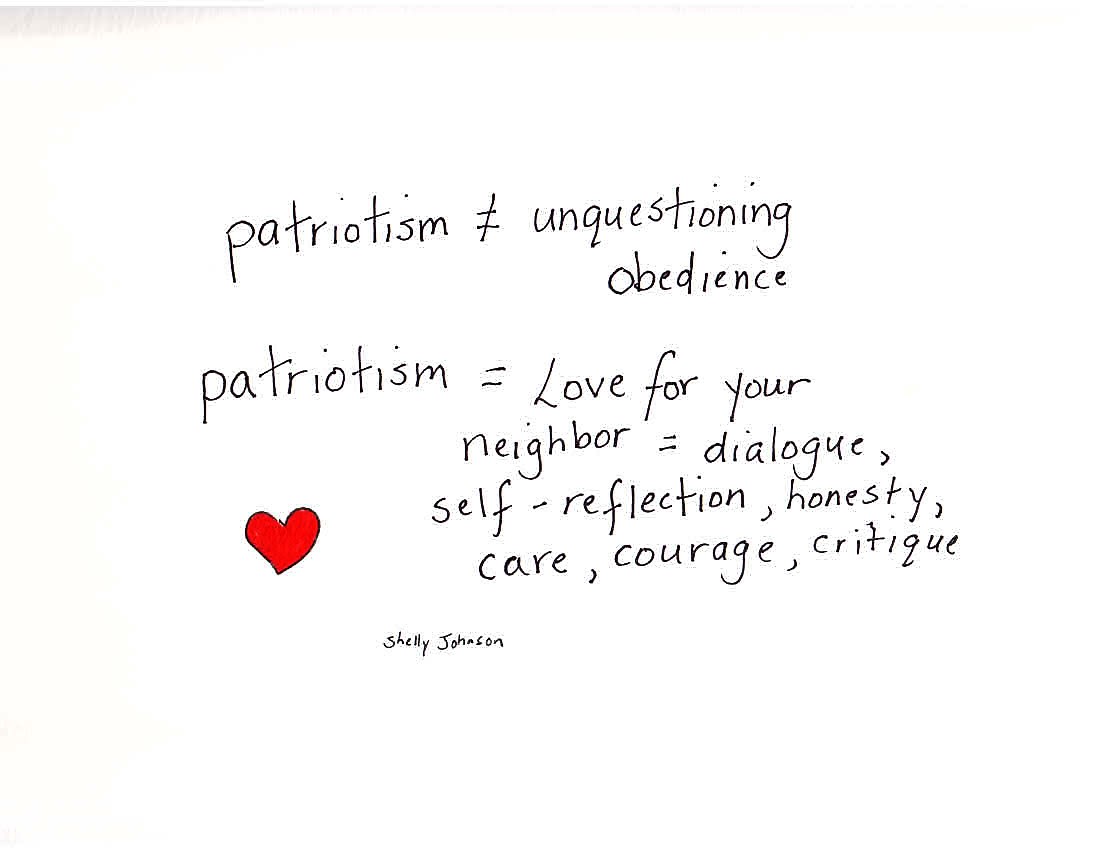 In any loving relationship with family, partners, friends, and neighbors, the quality and depth of the relationship is directly proportional to the willingness of the people involved to exhibit this courage.

Indeed, once we, for whatever reason, stop pursuing an honest, growing relationship and surrender to maintaining the status quo, our relationships increasingly becomes destructive and harmful to all the people involved. 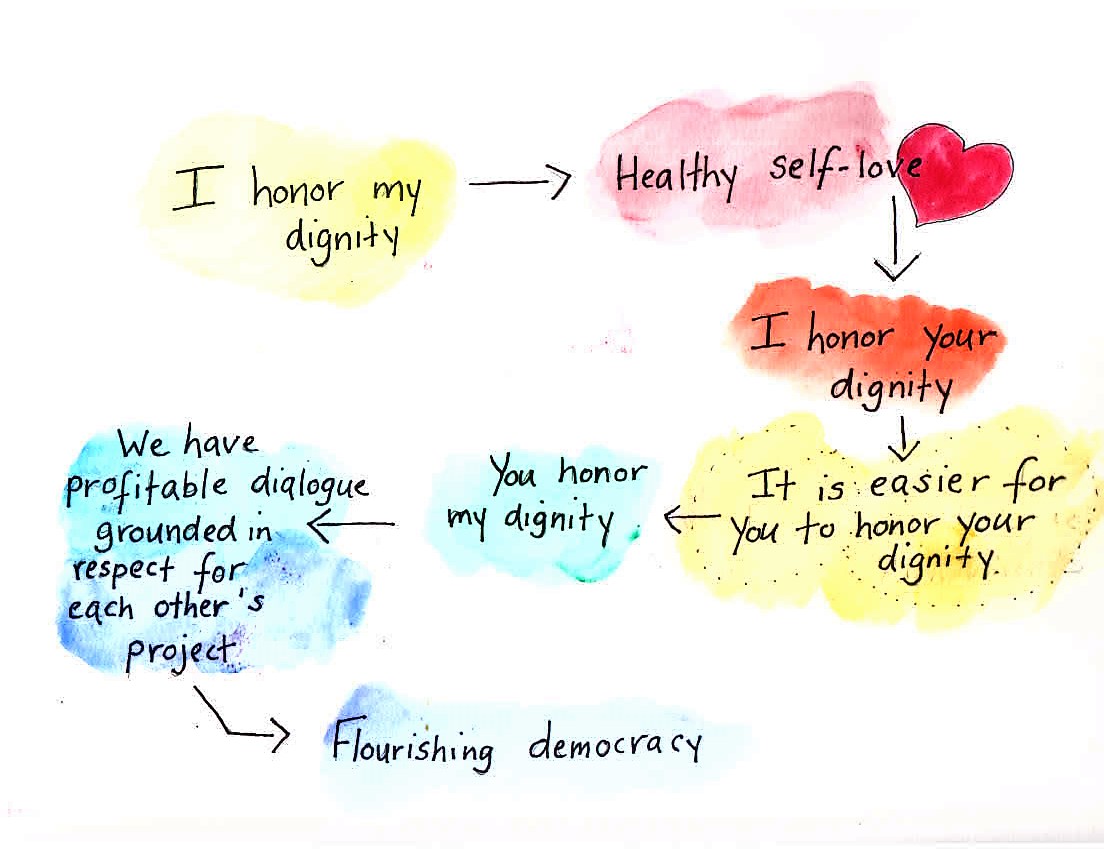 Destructive relationships also discourage self-reflection. They do this because such self-reflection would bring to attention the destructive and painful nature of the relationship. When we are in such a relationship and are unwilling or unable to change it, we often cannot bear the painful questions self-reflection raises about our circumstances. So, we tend to stay overly busy or to lose ourselves in self-addictive or self-numbing behaviors/rituals to avoid thinking about our lot in life.

This is a dangerous love. It results in the disappearance and destruction of the people involved.

The destructive relationship pattern I have described above has a lot to teach us about dangerous patriotism. Dangerous patriotism requires that we exist for the sake of our country. It encourages this rather than realizing that our country exists to help us become more fully human together.

There are two common extremes that citizens of any country must avoid.

One extreme is self-centered individualism.

When we live this extreme, we live only with our own well-being in mind. Or perhaps we live with the well-being of our immediate family and close friends and people like us. The life of self-centered individualism is an irrational, self-undermining way to live. If everyone lives with only their own well-being in mind, we inevitably damage or even destroy each other.

And it is important to note that we can be good, moral, well-meaning, even Christian or religious, people and still live a life of self-centered individualism. We all have a tendency to believe our views and the views of people like us are the right views. So, being willing to listen to people quite different from us requires political courage. And it requires us to be willing to change our life, if honest reflection and dialogue requires it. This is difficult. It is much easier to retreat into our lives of self-centered, non-threatening sameness.

The other extreme of the political spectrum is the extreme of losing one’s self in a relationship with one’s country. This occurs with dangerous patriotism.

At this extreme, we are willing to do anything and everything to serve our country. And our personality becomes fully identified with our country and maintaining the status quo in it.

As such, we are no longer able to look at our country objectively and criticize it. 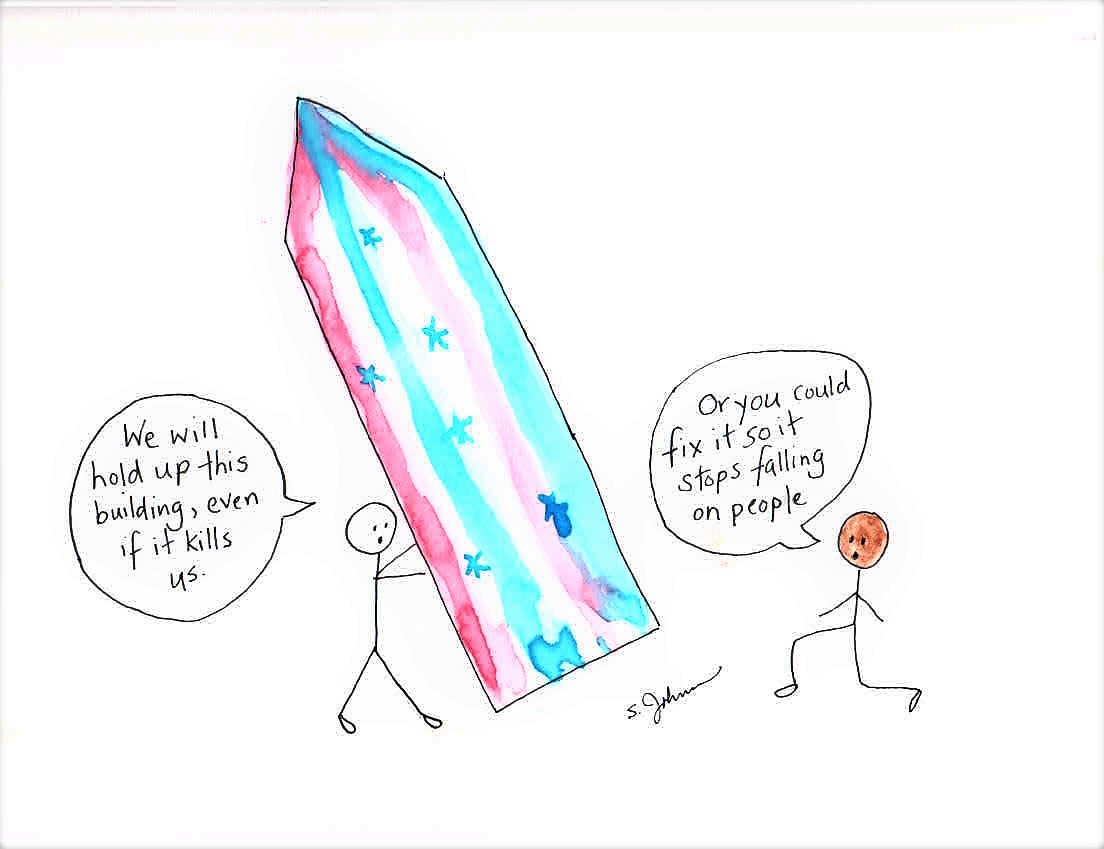 Military personnel exhibit dangerous patriotism when they unquestioningly obey all military orders, even if such orders are tantamount to war crimes.[1]

Dangerous patriotism can also occur with normal citizens who believe that their country or particular political party is always right. When they believe this, they lose their ability to hold their party accountable to higher moral or spiritual standards.

It is actually possible for extreme individualism to join hands with dangerous patriotism.

This is especially common when people believe that the current system is serving them extremely well and giving them a good quality of life. When life is good for us, it becomes difficult for us to question how our country’s policies affect other people.

When we are in this kind of situation, it is quite easy for us to fall into dangerous patriotism. 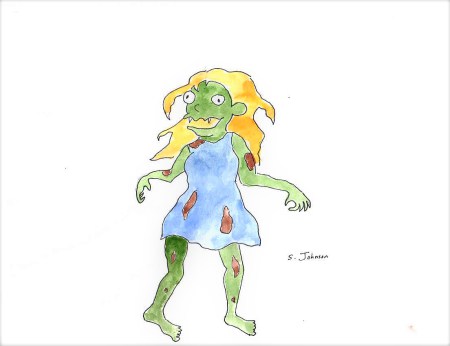 True Patriotism: Working for All of Us to Become Fully Human Together

Rather, we and our country exist to help all of us become more fully human together. To become fully human is to exercise fully the capacities that make us human.

For example, human beings have the ability to reflect on our social surroundings and to consider how we can make them more just, beautiful, and supportive of constructive human capacities. These are capacities such as our ability to love, to create, to invent, to heal, to deliberate, to communicate, to connect, to solve problems, to build.

When we exercise these capacities, and other capacities like them well, we make the world a better, safer, more beautiful place.

Our history is one of us exercising these capacities and changing the world because of it. The more everyone exercises such capacities well, the stronger we are individually and collectively.

But when we crush or destroy people’s ability to become fully human, we inevitably destroy our own ability to become human. That is because we become locked in cycles of aggression, violence, and power plays with each other. We do this rather than focusing our energy on loving, creating, inventing, healing, deliberating, communicating, etc.

This is what Colin Kaepernick knows, and this is why he began kneeling to protest police brutality.

African-Americans are killed by the police at a much higher rate than white citizens.

Our nation, the way it currently operates, does not fully support the ability of African-Americans and other minorities to be human beings. So, we have deeply embedded patterns of racial injustice.

And this is what Colin Kaepernick and others are protesting when they kneel during the Anthem.

Some might say that a football game is not the appropriate place for players to express this concern.

We might just as well question whether a football game is an appropriate place to play the national anthem.

Putting that question aside for now, we can ask, “Well, if African-Americans and other minority citizens should not protest during a football game, when should they protest?”

It seems that we do not actually think they should protest anywhere at all.

For example, African-Americans have protested by marching in the streets, and we have criticized them for this and called them thugs.

African-Americans have protested by developing groups like Black Lives Matter. And we have responded by saying “All Lives Matter”, when clearly all lives do not matter. Or, as our action show, they do not matter to the same degree, in our country.

So, when African-Americans and their allies protest in any way, generally speaking, we ignore them, attack them, and suggest their concerns are illegitimate.

It is no wonder then that Kaepernick and other players like him protest during football games when they have a captive audience. After all, people are not listening to them in other venues.

Kaepernick is actually demonstrating the right kind of patriotism. He is kneeling peacefully to call to our attention the fact that our country is not living up to its own self-stated values.

If we are actually one nation, under God, indivisible, with liberty and justice for all, as our pledge suggests, then we most certainly need to pay attention to people who tell us that we are destroying them. Kaepernick is invites us to be the country we claim to be.

And true patriotism listens to those crying out for help, even if it disrupts our favorite national pastime. True patriotism realizes that how we treat the most vulnerable of our society is the true test of our national character. And true patriotism engages in honest reflection, dialogue, and critique accordingly.

That is true love for our country, and the people in it.

Love does not require people to shut down critical thinking and dissent. Love is always open to honest dialogue.

Should We Be Scared of Critical Race Theory?

[1] Certainly many military personnel are patriotic but still maintain the ability to think objectively and critically about their country.

7 thoughts on “A Dangerous Patriotism: What Colin Kaepernick Knows”