Recently, it seems that everywhere I turn in the news, someone is talking about wokeness or woke people.

Sometimes the term is used positively, i.e. “I got woke”, to describe a type of awareness someone gains in his or her life about issues pertaining to justice, fairness, and equality. Specifically, becoming woke often refers to moments in which someone, often a white person, becomes aware of social patterns perpetuating systemic racism.

Or sometimes the term woke is associated with political correctness or cancel culture. (By the way, this article by the New York Post is an example of this kind of criticism. Generally, I believe the New York Post has poor journalistic standards and don’t advocate it as a news source. But this article is illustrative of what I am talking about in this paragraph.) And people sometimes use the term to dismiss social justice concerns. In this case, woke is used to denote that a concern is silly, contrary to American values, dangerously radical, overly sensitive, or some other such meaning.

Now, of course an idea or concern could indeed be any or all these things—silly, contrary to American values, etc.

However, I am concerned that woke has recently been used in such a derogatory manner. And I am also concerned that it is used less and less frequently as a word that commends people newly cognizant of social justice issues.

For example, one of the most common cognitive biases is confirmation bias. Simply stated, confirmation bias influences people to seek out evidence that supports the beliefs they already possess and to ignore counterevidence.

So, for example, if you have ever listened to someone promote any conspiracy theory, you are probably aware that such folks constantly search for evidence that proves their theory. And they are almost completely unable to examine evidence that contradicts their theory. That is because people who get caught up in conspiracy theories have strong confirmation bias, of which they are almost totally unaware.

But you don’t have to believe in conspiracy theories to suffer from confirmation bias.

Consider times in which a beloved friend was caught up in something bad or treating you poorly. But you loved the person so much, you couldn’t admit this to yourself. So, you focused on all the evidence that suggested your friend was great and that the friendship was great. And simultaneously, you ignored all the evidence that suggested the contrary.

Or consider the times you got totally caught up in a new diet, exercise routine, or philosophy—vegetarianism, CrossFit, Hegelianism. And you were certain it was the solution to all the world’s problems. You spent hours and hours researching all the studies or books that proved your idea true. And it was painful for you to even consider any contrary evidence.

You felt this way because you had a confirmation bias, and such biases are extremely powerful.

Confirmation bias is just one type of cognitive bias. There are many other kinds, which I won’t go into right now. However, I have mentioned cognitive biases because almost all of us suffer from them at one point in our life or another. And we will keep suffering unless we take specific steps to counteract bias. Such steps are actions like regularly reflecting on our beliefs. Or like deliberately seeking out counter-evidence and alternate ideas.

Unfortunately, few people regularly engage in activities like this because it takes work, and it’s often painful.

In fact, realizing that you suffer from a cognitive bias feels like you are waking up from a drugged slumber, or climbing out of a cave into the light. It can be frightening and disorienting. Letting go of cognitive biases often requires us to change our belief systems and actions. And this further requires, at times, that we make other major changes to our life that disrupt our equilibrium.

Thus, the willingness to wake up from cognitive biases, and adjust one’s life accordingly, is  brave and laudable. 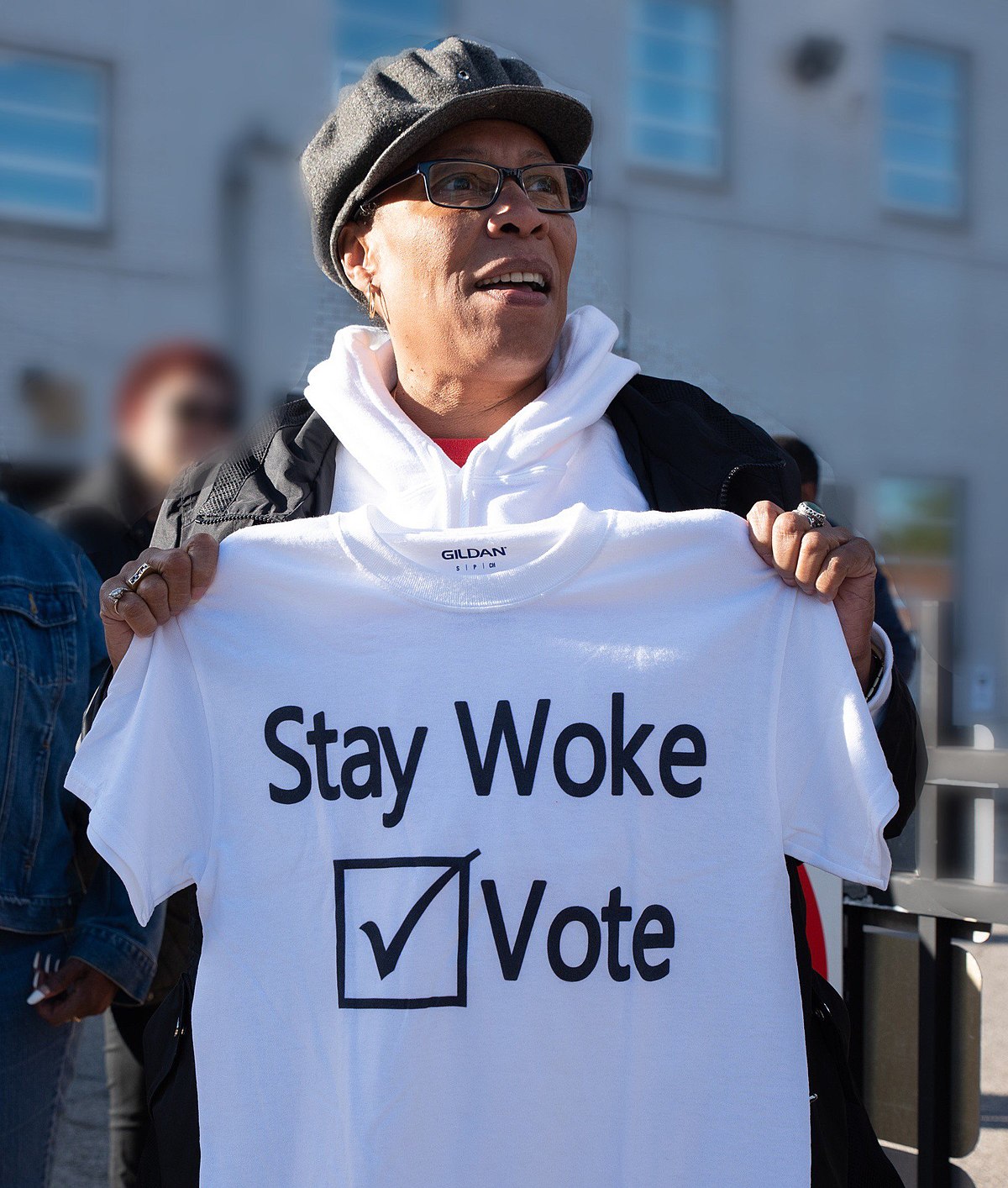 And that is why I am concerned that people so often use the word woke in a derogatory manner.

In doing so, they mock or deride brave and laudable behavior.

For example, I would like you to imagine a white man who does indeed hold racist ideas. He doesn’t completely realize he has these racist beliefs because he suffers from confirmation bias. His whole life, he has continually (and unconsciously) sought out evidence that supports his beliefs that some races are superior to others. In addition, (because of confirmation bias) he has consistently minimized or ignored evidence that counteracts his views.

And then one day, through a powerful experience he has with a black neighbor, the man suddenly becomes aware of his bias. He realizes that it has skewed his perception his entire life. And he completely changes his life. He changes his job and his friend network. And he also dedicates the rest of his life to fighting racism, let’s say (for example) in issues regarding housing discrimination.

This man definitely got woke.

And we should praise and emulate his wokeness, not mock and deride it. The man demonstrates incredible virtues of humility, honesty, courage, and integrity. We need more woke men and women like him in the world. I mean, when was the last time you admitted you were wrong and then totally changed your life to be a better person? This kind of thing is very hard to do. Kudos to you if you have done it recently.

One of my main concerns with people who mock wokeness is that they rarely, if ever, acknowledge how susceptible all of us are to biases and how difficult it is to overcome them. It seems that they themselves have never had any kind of woke experience. If they had, they would not criticize wokeness per se, which is a gift, but rather the way in which some people handle their wokeness. (And people can certainly handle wokeness badly.)

And I would suggest that the absence of a woke experience is largely why prejudice and racism still exist in our country.

Many people surround themselves with people who look, think, and behave exactly like they do. And they continue believing the same things they have always believed and that all their predecessors believed. And they never search out the kind of diverse ideas that would cause them to face their own cognitive biases.

Thus, they never wake up. What a tragedy.

Because if we never get woke about anything, we keep passing along the same biases we inherit from all the unwoke people before us. And some of those biases—like racism—are deadly.

I don’t want to pass along such biases, and I know I have had and still do have them. So, I intend to pursue wokeness my whole life like other people’s lives depend on it. Because they do. I invite you to do the same.

And I invite you to follow my blog. You can find the follow button at the right or bottom of this screen.

What I Didn’t Understand about Racism

[1] By the way, I highly recommend David Kelley and Debby Hutchins’ book The Art of Reasoning, which has a beautiful chapter on cognitive biases. I use this book in my logic class.

4 thoughts on “About Wokeness: Should You Get Woke?”