One of the things I love most about my blog is that from time to time, I get to interview my friends and family about cool things they are doing. Recently, I got to interview my brother, Jeremy Pruitt, about his music and his band Wellington Drive. 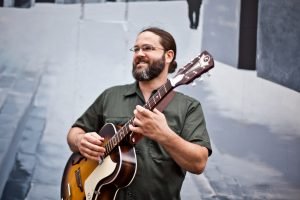 Jeremy and Wellington Drive have been active in the Eugene, Oregon area and are currently working on their first album. 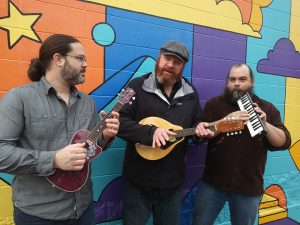 My brother Jeremy and Wellington Drive

They are also developing an online presence. I thought you might like to hear about their work.

An Interview with Jeremy

S (Shelly—Me): How did you get started with your music?

J (Jeremy—My Brother): I was lucky to grow up in a musical family, and my parents spent a lot of time singing and playing music. When I was 14, I got mono, and I had to stay home for a long time—from school, sports, everything. So, I started playing guitar, and I really enjoyed it. Then I started doing it all the time. 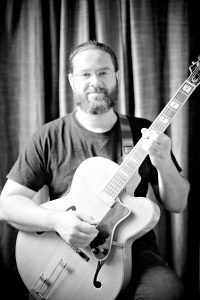 S: Are you mostly self-taught musically?

J: I would say I am partially self-taught, because I suppose I’ve spent a lot of time teaching myself. But I’ve also taken lessons from a handful of good guitar teachers over the years, and I sang in various choirs and studied music at Mount Hood Community College for two years.

S: What kind of music do you like? Who are some of your musical influences? 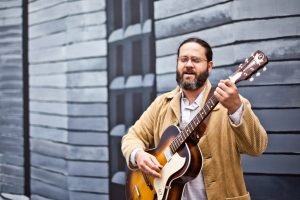 S: What are some interesting experiences you have had with music?

J: I’ve done some busking in the past–playing on the street for change—and it brought me to some interesting places. I remember a few times I was traveling, and I was low on money, so I stopped in cities like San Francisco or Atlanta and spent the day playing. I made enough money to buy gas to get to the next destination.

One time I was busking in Jackson Square in New Orleans for a few days. A band stopped by and listened to me and then asked me to go on tour with them. I toured with them around the country for a month or so. That was pretty interesting. 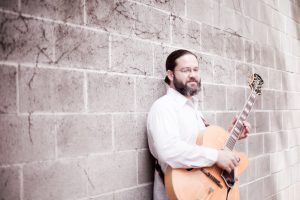 S: Tell me about your current band Wellington Drive. 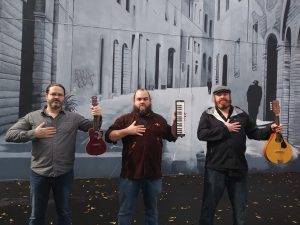 Our music is influenced by groups like the Beatles, Simon and Garfunkel, and Crosby Stills & Nash, among others. We have quite a bit of appreciation for the music that came out of Laurel Canyon outside of LA in the early 70s, which was a lot of folk rock and country rock with sparkling three-part harmonies. The musicians there all lived, worked and played together.

Like Joni Mitchell was living with and dating Graham Nash from Crosby, Stills, & Nash. Nash wrote the famous song “Our House” about the house where they lived together.

Mama Cass from The Mamas and The Papas had a house there. She used to throw big parties with jam sessions full of famous musicians.

It’s rumored that one of these parties was where she introduced David Crosby, Stephen Stills, and Graham Nash for the first time.

Jackson Brown lived in an apartment under some of the guys from the Eagles, and many of the Eagles’ early hits ended up being written or co-written by Jackson Brown.

So with the music we’re doing we’re thinking a lot about the Eagles, the Flying Burrito Brothers, and Crosby Stills & Nash. It’s country, meets folk, meets rock, meets psychedelic, etc. We work hard on putting together soothing, sparkling three-part harmonies and interesting arrangements of keyboards and acoustic and electric guitars. 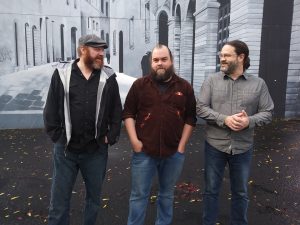 We’re currently working on our first CD. It’s about two-thirds done. We’re using the lockdown to try to focus our creative energies and come out of all this with something we can feel good about putting out there. 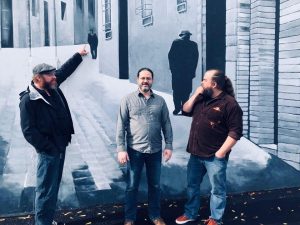 The Songs of Wellington Drive

We cover The Beatles and Simon and Garfunkel, Neil Young, and Crosby, Stills & Nash, but we focus primarily on original songs, which are half written by Seth Mulvihill and half-written by myself (Jeremy Pruitt). 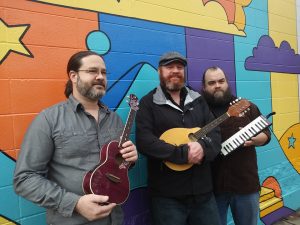 Before the pandemic, we got a chance to play some fun shows at local clubs and wineries. We’re really excited to continue that as soon as we can.

You can find music by Jeremy Pruitt and Wellington Drive at these links:

Listen to music on Reverbnation: reverbnation.com/wellingtondrive

A Review of Joel Martin’s Between Two Suns