I am writing a seris of posts to guide people through reading Paulo Freire’s book Pedagogy of the Oppressed.

It is a book which has been extremely influential in my life and which can help readers become more aware of the way in which oppression occurs in society. And it can also help us recognize our own oppression or become an ally and co-laborer with those who are oppressed.

You can read the first two posts in this series here and here.

And you can also read an online copy of Pedagogy of the Oppressed here.

In this post, I want to review some ideas in chapter 2. And then I will preview chapter 3, as well as offer some reading guide points for this chapter.

Chapter Two in Pedagogy of the Oppressed is ostensibly about education and educators. But please know that even if you are not an educator in an actual classroom of some sort, this chapter is still for you. 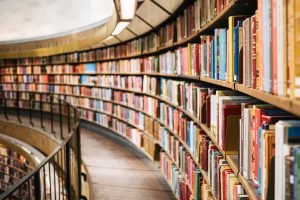 Why? Well, because all of us are educated or we are educators in some way.

Adults find themselves in actual classrooms less and less as they age. But they are still being taught. Any time you receive information from some source telling you, implicitly or explicitly, what to do, you are being taught. For example, when a source tells you what to do, it communicates to you what you should think, how you should act, and the values you should possess. This is the process of education. .

In addition, anytime you interact with anyone—child or adult—you are educating them in some way. All our interactions with other people communicate to them, either explicitly or implicitly, what we think of them and human beings in general. We also communicate other ideas about their worth; their agency; their purpose; who they are in relationship to us; and their place in the world, just to name a few.

So, while chapter two in Pedagogy of the Oppressed focuses specifically on education in the classroom, the concepts and key ideas of the chapter pertain to all of us. The pertain to the relationships we find ourselves in for our entire life. 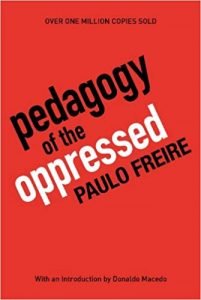 What Can We Learn from Chapter Two?

Chapter Two builds on the themes of chapter one (again, you can read more about chapter one here). It explains how the classroom (or any educative relationship) becomes a space for either dehumanization or humanization.

A fully humanized world supports praxis and the flourishing of all human capacities. These are our capacities like love, compassion, kindness, wisdom, creativity, reasoning, communication, care, and problem-solving, to name just a few.

Thus, when education is dehumanizing, it crushes people’s ability to engage in praxis. It crushes their ability to pursue a world that supports human flourishing. 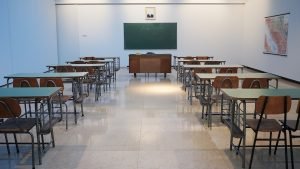 An example from Paulo Freire’s life illustrates the process of banking education well. The Brazil that Freire lived in was very hierarchical. The elites in Brazilian society were the descendants of Portuguese colonialists. These colonists had invaded Brazil, enslaved many of the indigenous people there, and used their slave labor to enrich themselves and their mother country Portugal.

And even after slavery was technically abolished, most of the power and wealth in Brazil was owned by a few powerful families. And these families were usually the descendants of Portuguese colonialists. Only the elite in Brazil could vote. (You can read more about this here.) The result of this was that even though the indigenous Brazilians were technically free, they were, in practice, slaves.

The wealth and resources in Brazil were owned by a small group of powerful elites. And this was such a problem that most indigenous Brazilians were barely able to survive. Many of them, because they had no other options, worked grueling jobs on coffee farms owned by the elite Brazilians. They barely eked out menial living that kept them and their family at a continual level of near-starvation and impoverishment. Because of this harsh existence, many Brazilian farmers and their families were never able to attend school or to learn how to read. And this prevented them form voting to change things, as literacy was a requirement for voting in Brazil. 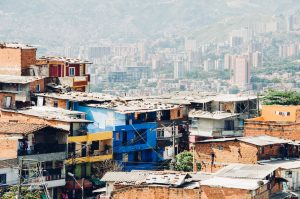 Thus, the elite in Brazil organized society in such a way that the people in power stayed in power. And the impoverished Brazilians (which was much of Brazil), had very little, if any, power to change conditions. One of the ways that the elite maintained their power in Brazil is that education was only provided primarily for the children of the elite.

And this educational system consistently communicated that the Brazilian society was the way it was because the poor of Brazil were lazy, uneducated, stupid, had bad character, etc. You can read more about this here and in the introduction to Pedagogy of the Oppressed here. Thus, the education system in Brazil during Paulo Freire’s life is a prime example of banking education.

It is tempting to think that things surely could not have been this bad in Brazil. But the severity of the oppressive banking education situation becomes quickly apparent learning about Freire’s work. When Paulo Freire began a highly successful program teaching the Brazilian farmers how to read, the Brazilian government was so threatened that it exiled Freire from Brazil.

Freire had committed no crime other than educating poor Brazilians and teaching them that they were people, too. He taught them that they could have a better life.[1] You can read more about this here.

However, they make this decision without consulting other people, especially other people who are very different from them. For example, in the case of Freire’s Brazil, the Brazilian elite developed a view of the world that enriched and empowered them. But they did not consult the poor, indigenous Brazilians to see how this view of the world affected them. 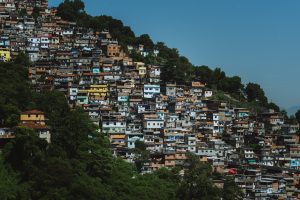 If they had done so with love and humility, they would have quickly realized that the social structure they created, was unjust, inhumane, and oppressive. Listening to the indigenous Brazilians would have required them to give up a lot of their power and to change in major ways. Thus, they didn’t listen. Instead, they exiled Freire for teaching the Brazilian farmers to develop their own view of the word.

This Part May Make You Uncomfortable

If you were educated in a school that taught one view of things, you experienced banking education.

And if your teachers or school did not allow you to question or explore alternate viewpoints, you experienced banking education.

And by the way, I have been a teacher my entire professional life. I can look back on my career and remember moments when I unwittingly practiced banking education, as well as moments I practiced humanizing education.

And if you are unwilling to listen to and talk with people with different views than you, you are probably practicing banking education in some way.

The bad news is that you are probably also contributing to dehumanization and oppression in some way. 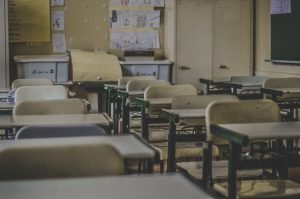 Freire gives us a good idea in chapter three how to do this. So I will now proceed to the reading guide for chapter three:

For instance, if we name someone a friend, this entails on our part act of friendliness and hospitality. If we name something a threat, it entails actions of defensiveness and wariness on our part.

On the other hand, when we name something inauthentically, for instance, we use our words to manipulate, it does not entail action. For instance, we could call someone a friend to manipulate him, but we don’t truly mean that the person is our friend. Accordingly, we may treat them like objects or ignore them when they no longer serve our purpose. And if we call someone a threat out of momentary petulance or in an attempt to get on the good side of another group of people, we would probably not act consistently either.

The point is that a true word entails action. A false world leads to contradictory or lack of action.

The reading guide notes above go through pgs. 109 of the book, which is not quite to the end of chapter three. The rest of the chapter is Paulo Freire discussing how he worked as a liberatory educator with the oppressed in Brazil.

[1] In case you want to better understand how Freire uses his method in actual educational settings, you can read more about how Freire used his ideas to educate illiterate Brazilian farmers in his book Education for Critical Consciousness, an online copy of which you can find here. You can read his exact lessons in the Appendix.

6 thoughts on “Chapter Three: Pedagogy of the Oppressed”