I have always believed in magic.

I first discovered magic at my Grandma and Grandpa’s house, which was a lovely, old country parsonage in Chehalem Valley, Oregon.

It had a beautiful weeping willow tree out back; baby kittens; and delightful creaky dormer rooms in which I would sleep under homemade quilts at night and listen to the mice run around through the walls. It was an old house, after all.

A view from Chehalem Mountain, Oregon

And my grandma always had ice cream in the refrigerator, which was cool because my mom was really into health food, and we majored on lentils and Adams Natural Peanut Butter in our house.* 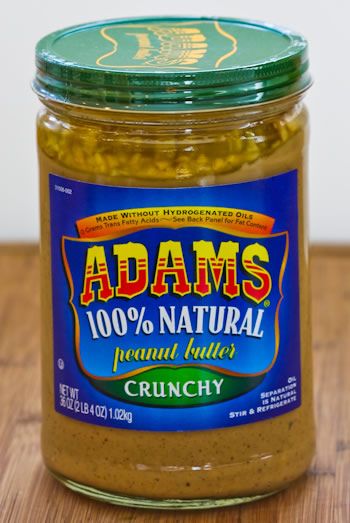 This is still my favorite peanut butter.

Four of my aunts still lived with my grandparents, and I idolized them. 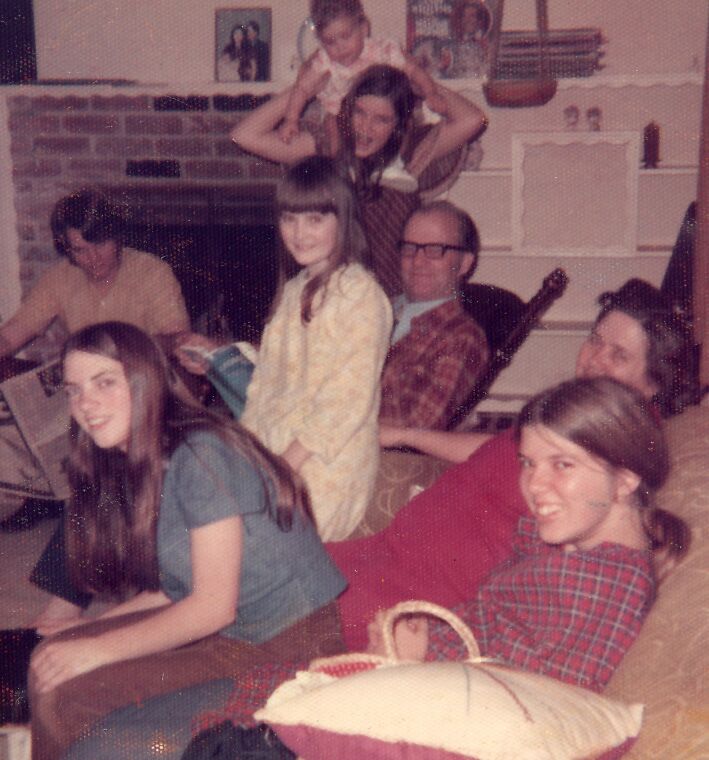 My Grandma, Grandpa, Dad, and Aunts–and that is me on my aunt’s shoulders in the back.

So it is not surprising that I first experienced magic sitting on my aunt’s lap on a rainy afternoon, as she read the Lion, Witch, and the Wardrobe to me.

I absolutely believed that day that you could find a wardrobe in an old house and walk through it into a new world of possibility–one filled with new challenges, no doubt, but also enchanted creatures–a world in which you discover that you are king or queen of that world. 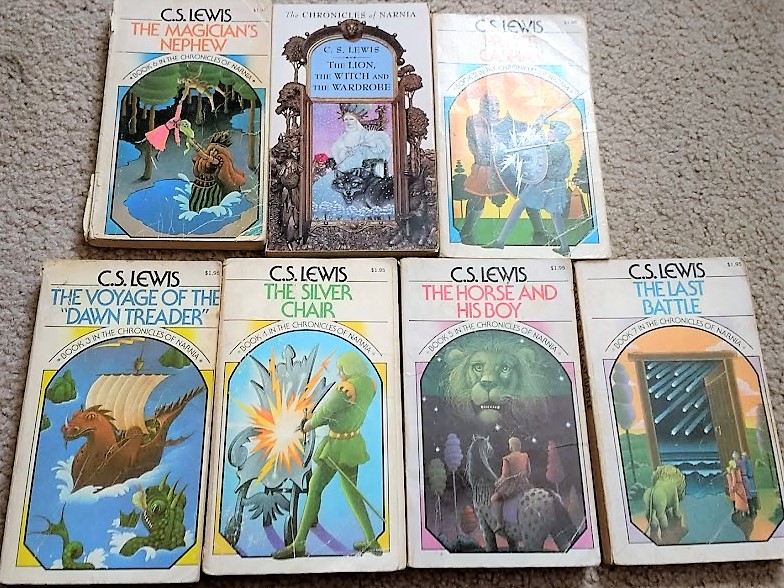 I still have my original Chronicles of Narnia from grade school–except for The Lion, Witch, and the Wardrobe. That one got lost in a move, so I had to get an updated copy.

My parents also have their own particular brand of magic.

My mom is a professional ventriloquist (and has been my whole life) which means, among other things, that she can bring an otherwise lifeless puppet to life and entertain hundreds of people this way.

Her ventriloquist puppet is Willy, and he’s always been kind of a fifth member of our family.

This was generally a cool thing growing up except for the one time when I was four and Willy first came to our house, and I didn’t know who or what he was, and I walked into the kitchen, and there he was (as tall as me and looking very lifelike), sitting on the table.

This, unfortunately, was right after one of my friends had told me a scary ghost story about dolls that come to life at night and attack people.

I’m over all that now. 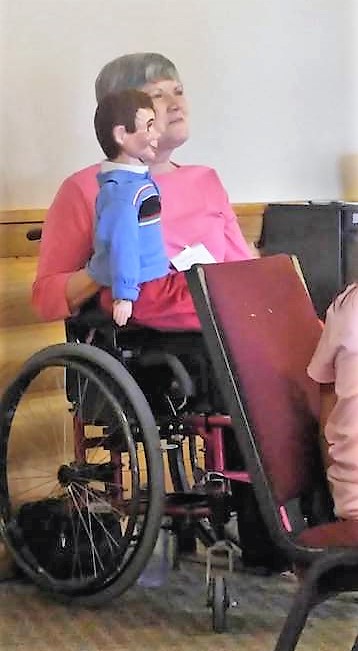 This is actually Willy 2.0. The original Willy is larger–more like the size of a four-year- old child. He got a little too heavy for Mom to carry.

My Dad also has a very strange and wonderful sense of humor. 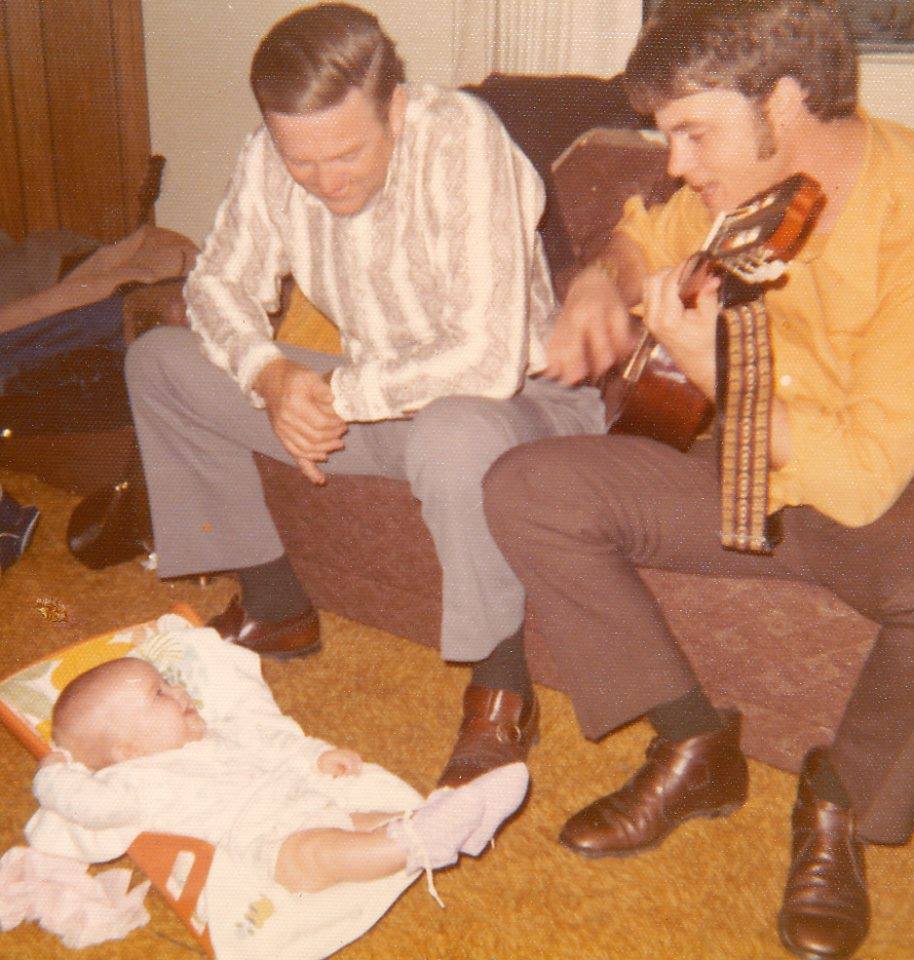 Me, Grandpa, and Dad

Like the one time Mom roasted a whole turkey for us for dinner (and it wasn’t even Thanksgiving).

We said grace before our meal, like we always did, and when I opened my eyes, I saw it: that glimmer of mischief in my Dad’s eyes that was always there when he was about to be Dad.

And then he picked up the entire turkey carcass and, laughing maniacally, took a huge bite out of it.

We were all giggling hysterically. Dinner devolved (or evolved, depending on your viewpoint) from that point on and ended with a Thin Mint fight, which (as I recall) my mother started, and she was usually the decorous one at meals. 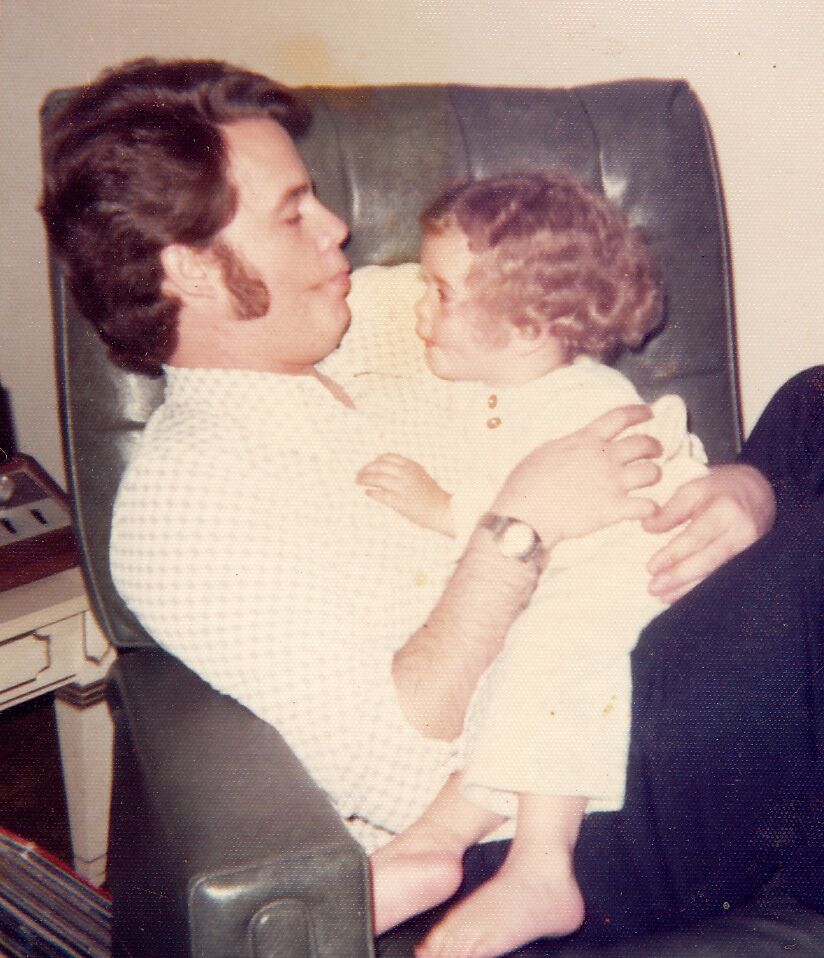 (Apologies to my vegan and vegetarian friends for this story, but please know that my mom also went through a really long tofu phase, too, and I believe that our whole family has eaten enough tofu to atone for this poor turkey).

I grew up with mysterious wardrobes, talking puppets, fathers that suddenly transform into cavemen, and that (among many other reasons) is why I have always believed in magic.

And I suppose I should define what I mean by magic.

I take magic to be the space in which love, hope, and imagination abide together, always creating new possibilities.

When I believe in magic and dwell in its space regularly, I am almost always surprised at the result.

I see the world with fresh eyes. I find creative paths out of my problems. I know I am not alone in the universe and that although life can be very hard and even dangerous sometimes, something larger and more loving than me is also present.

I start to see new possibilities and realities, and it helps me to bring more love, creativity, wisdom, and compassion into the world.

This magic has gotten me and my family through some pretty tough times.

I still believe in magic, and that is one of the reasons this year has been especially hard.

There are a lot of people in power right now who do not believe in magic.

They believe in bombing, building walls, and bully politics.

It seems like these folks believe that people won’t listen or respect you unless you act like a bombastic nincompoop. (That’s the official name for it, and I specialize in social and political philosophy, so I know these things.**)

I was depressed and exhausted by May and desperately needed magic.

I needed to to know that this state of affairs was not all there was to life anymore.

My husband and I have long wanted to drive from Kentucky to Oregon, and this year we did.

I had a lot of time to think, to listen to cool music, to look at the beautiful scenery.

Sometimes when I feel like I have lost magic, it is because I am trying too hard to make it happen. Sometimes I just need to rest and let go and let the magic come to me. Because it always there.

We drove through beautiful Utah. 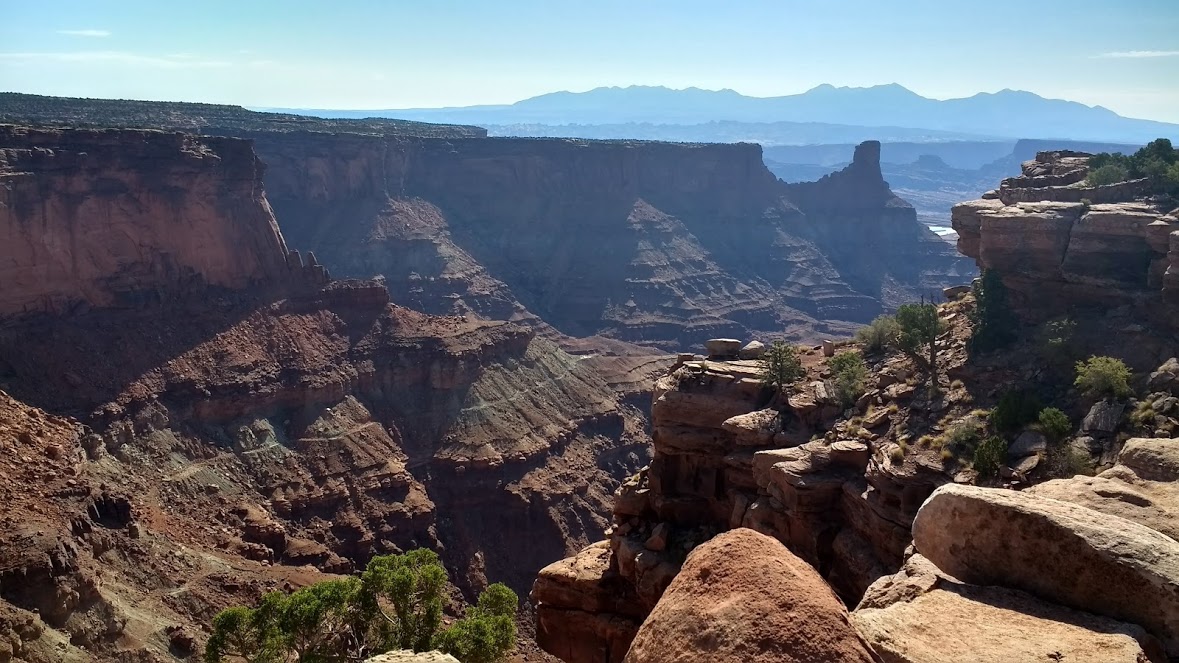 We stopped at a dinosaur museum. 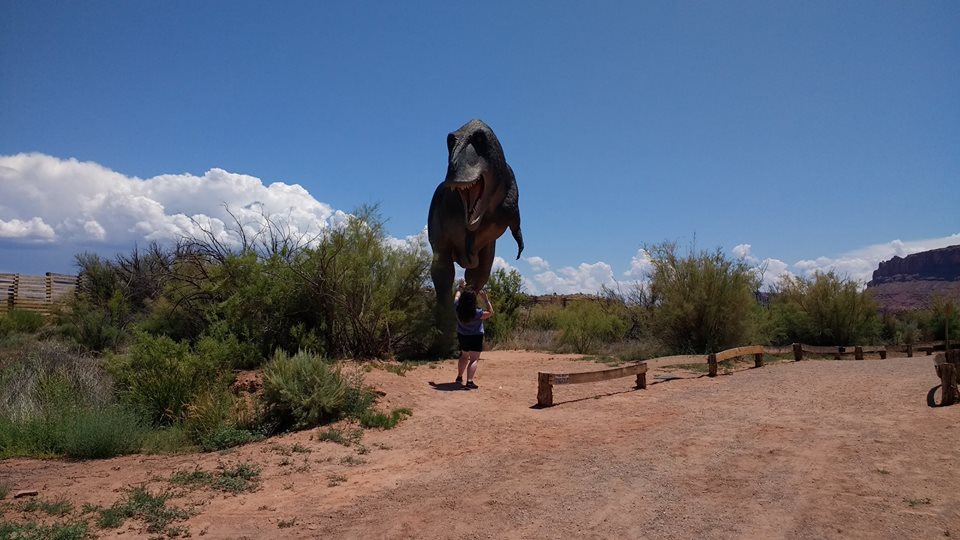 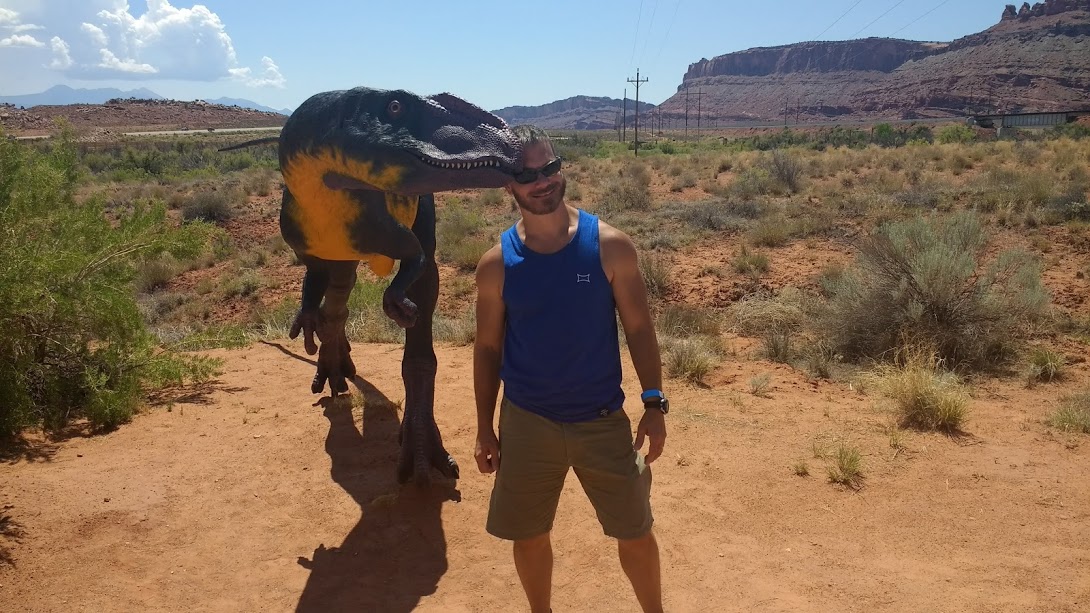 We discovered the Utah Salt Flats. 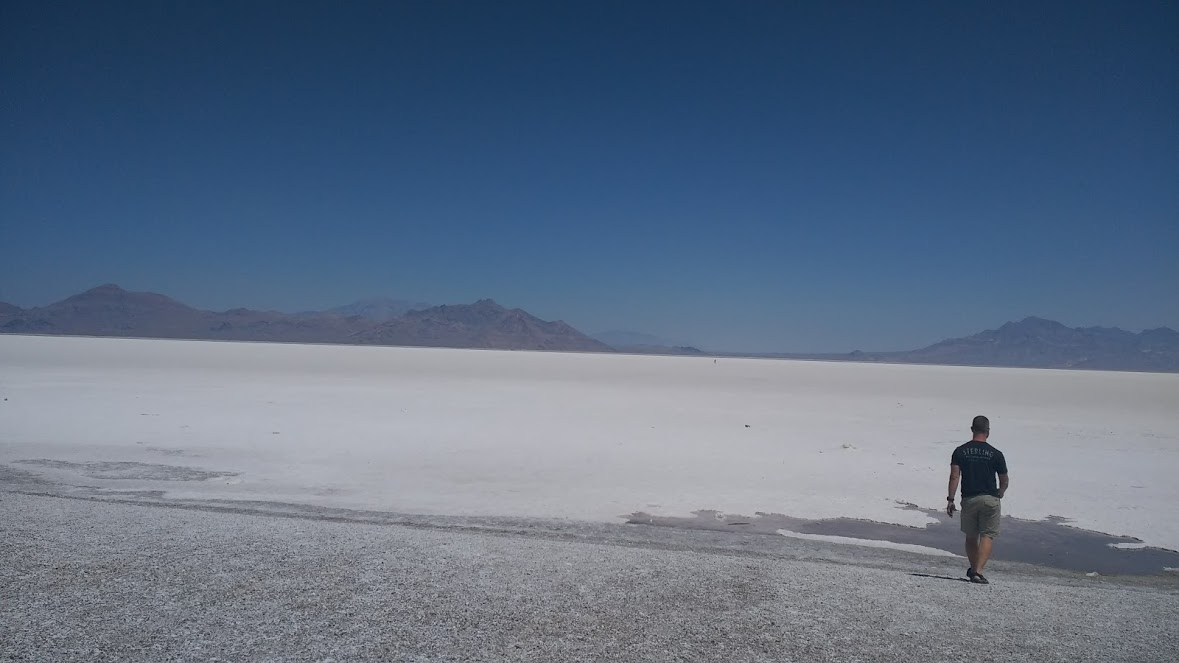 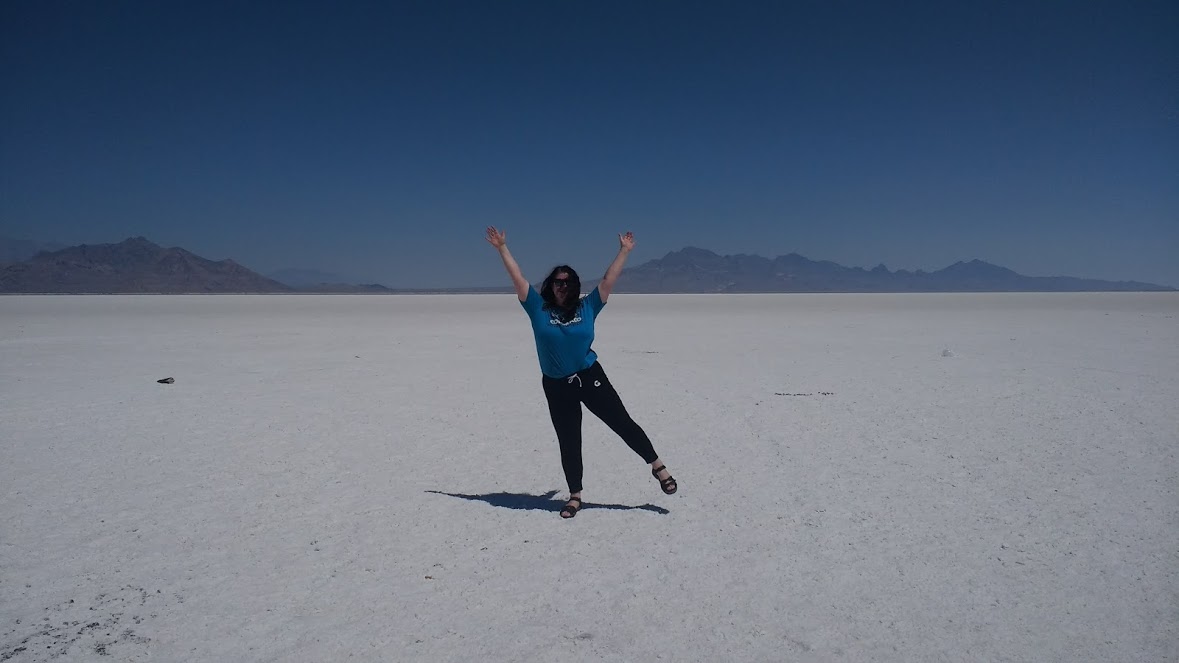 We stopped at the Ashland Extension in Ashland, Oregon, which is a lovely college program in which college students can stay spend a semester at the extension, learning environmental awareness and community living. 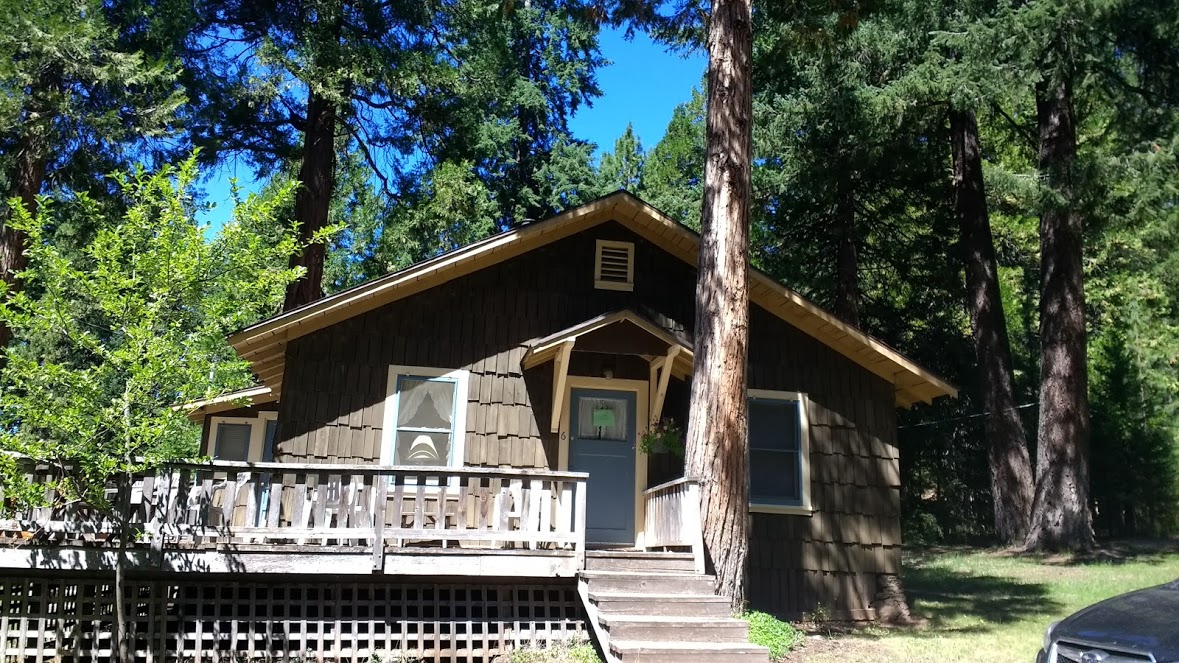 This is the little cabin we stayed in.

We visited the Redwood Forests. 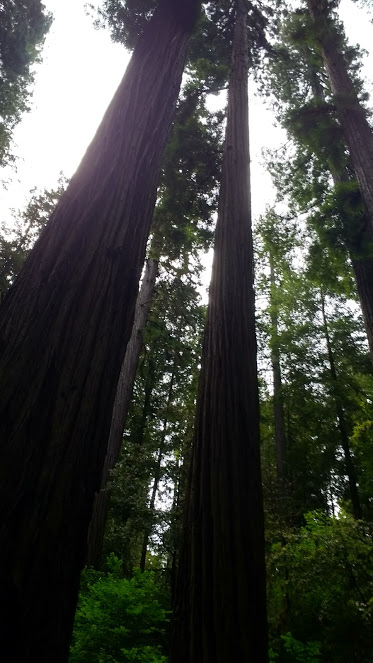 We went to this gorgeous town in Northern California called Trinidad. It feels and looks like a fairy-tale. 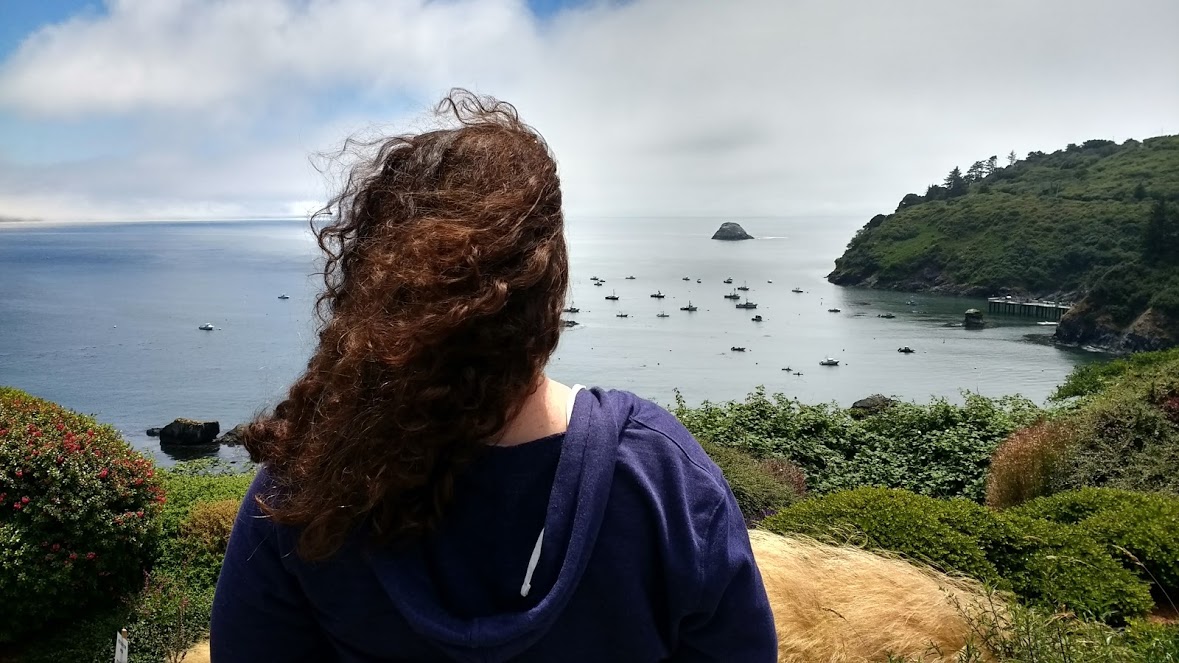 I came back from that trip excited to teach my fall ethics class at the local college where I teach.

One of the people we study in ethics class is the Brazilian philosopher Paulo Freire. Freire worked his whole life on behalf of the poor, Brazilian farmers who were exploited by powerful Brazilian elites who clearly did not believe in magic.

These Brazilian elites spent most of their time crushing the hope of the Brazilian farmers and teaching them, “This is just the way life is. It can’t be different.”

Freire’s most famous book is Pedagogy of the Oppressed, and I think the brilliance of this work is that Freire helps us understand that we create our world together through our thoughts, words, and actions. 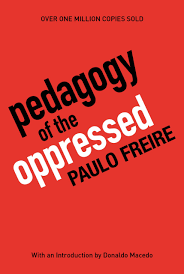 Human beings think and act on their world so that they can make it a better place (at least for themselves). We have been acting on and changing the world for better or worse since we first showed up on the planet.

The world is never just given to us. We make it what it is.

But no one knows everything (although we like to think we do). So we have to be courageous enough to engage in dialogue with people, especially with folks who are very different from us. This is the only way we can transform the world for greater beauty, justice, and goodness for everyone together.

Freire invites us to hope, to love, and to imagination.

It is no surprise to me that whenever I teach Freire, something special and exciting happens with my students. You can read about such a time here.

Several days into teaching Freire, two of my students approached me after class.

They told me that they they had met for coffee one day after class recently and had spent several hours talking because they  realized that they looked at the world really differently from one another.

Furthermore, they realized that if they were going to make the world a better place, they had to try to understand one another better.

Their eyes lit up as they told me about the experience.

I don’t know what kind of lasting impact that conversation will have for my students, but I know that at least in that one conversation, my students had discovered a new world together, and they realized their responsibility and power.

And I have to thank them because they reminded me of magic, which teaches us that we are never fated. Magic teaches us about the power we have and that we can always see things differently and begin again.

Only Bigfoot Can Save Us

*I have never had a cavity. So thanks, Mom.

**Okay, bombastic nincompoopery is not really the official term for it, but Hegel says something similar in the master/slave passage of the Phenomenology of Spirit. 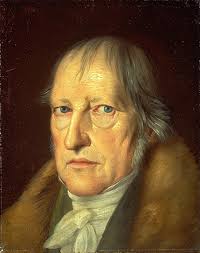 This is Hegel, and he will eat you alive.

7 thoughts on “The Very Hard Year, Dinosaurs, and Losing and Finding Magic”