Is Trump’s impeachment motivated by hate?

Let me tell you a brief story from high school—it relates to the topic of this post, I promise. I once had a friend in high school whom I liked a lot but who was doing destructive things to herself and others.

I tried to ignore her actions for a while, but eventually I knew my friend was behaving badly. And I decided to talk to her about her actions. I was afraid to do so, but I believed it was the ethical and moral thing to do. Unfortunately, she did not respond well when I talked to her. She stopped being my friend.

I was sad because I really liked my friend. And I wished we could be friends again, but I knew her behavior was wrong and that I couldn’t condone it.

I remember realizing the irony of the situation one day.

Here was my friend whom I liked very much but with whom I couldn’t be friends because she was doing bad things I didn’t want to get caught up in. 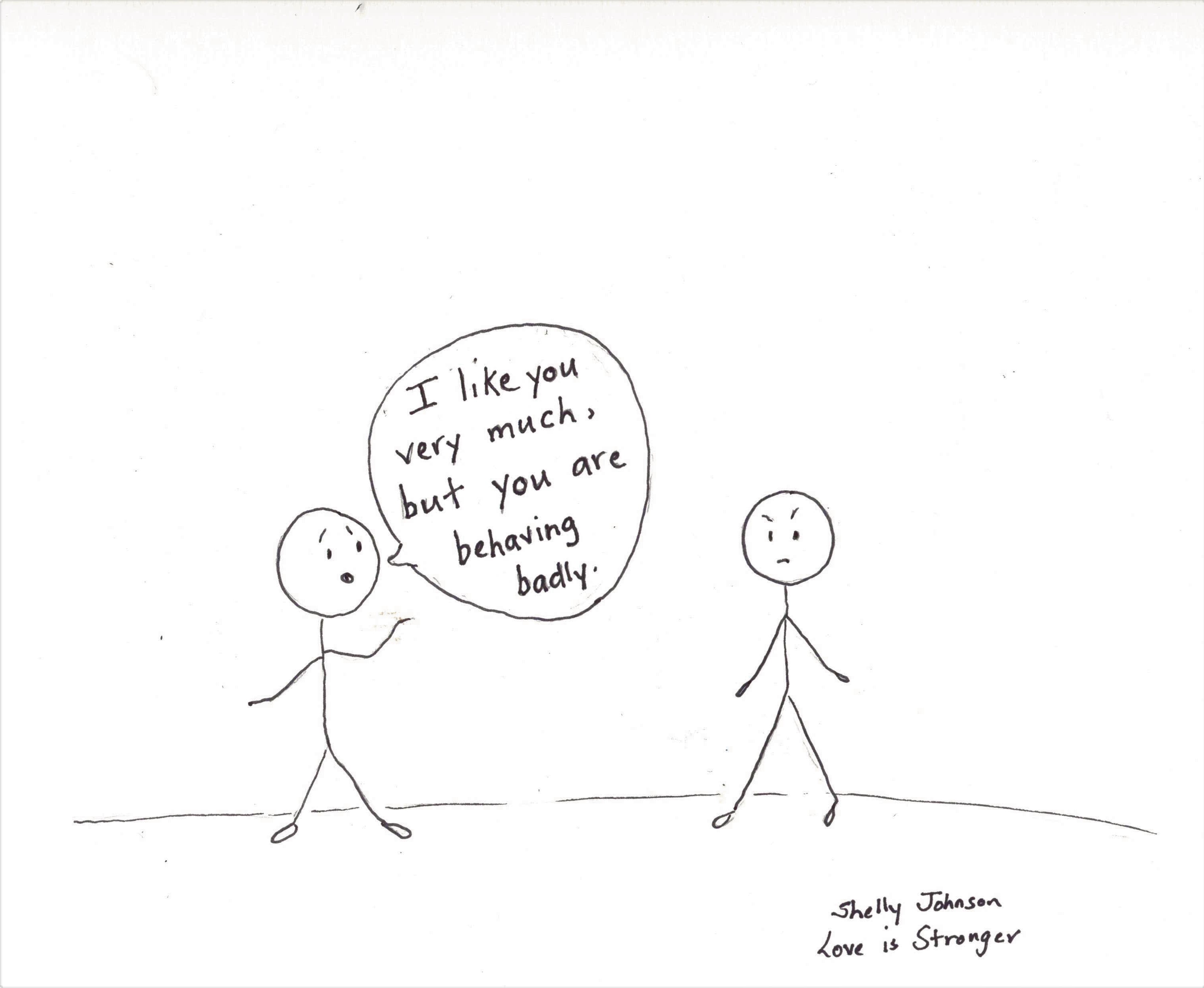 And then there were other people around me who were upstanding and moral people. But for some reason, I didn’t enjoy being around them as much as I enjoyed being around my friend who was behaving badly.

In that moment, I wished life could be easier. I wished that the people I really liked were good and that people I didn’t like very much were bad.

It would certainly make it easier if life was like this.

Most of us know people we like and people we dislike. And most of us also realize that morality and ethics is not merely a matter of our likes and dislikes. We understand that moral and ethical guidelines are rules and principles that hold us to a higher standard than our mere preferences.

For example, we’ve probably all had a teacher we thought was boring or annoying but not a bad person. And if we wanted to be a responsible student, we behaved well in that class, despite our feelings about the teacher. 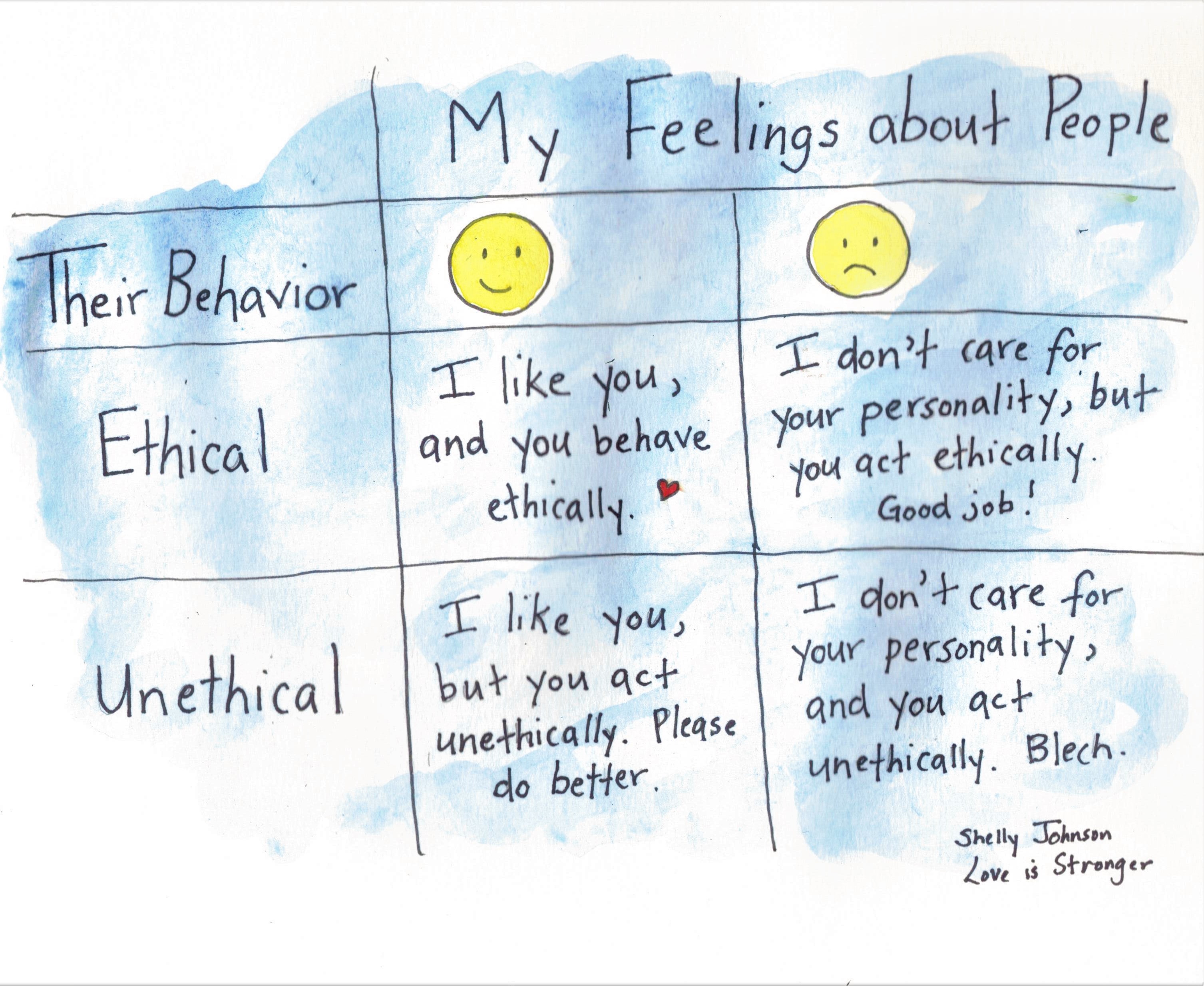 After all, no one is perfect, and no one knows everything. This is why we have moral and ethical standards. Such standards require us to become bigger and better versions of ourselves by holding us to higher principles than our mere likes and dislikes, preferences, and biases.

Given this, I would like to draw a few conclusions about how moral and ethical people behave. And I would like to suggest how their behavior is related to their feelings and preferences.

One: Ethical people realize that no one is perfectly good or knowledgeable, and so they hold themselves accountable to ethical rules. (You can read more about such rules here.)

Human beings are finite and flawed. And this is why they need ethical standards. In the absence of such guidance, we tend to act according to impulse, emotion, instinct, habit, peer pressure, convention, etc. If we act solely according to such influences, without holding them accountable to any higher standard, we often act in a way that is harmful to ourselves and to other people.

Two: Ethical people realize that ethics pertains to every area of life.

There is no realm of life in which people have perfect knowledge and perfect behavior. So, it is important that people follow ethical standards in every area of life—the home, school, politics, business, etc. Once again, if people fail to act according ethical principles, they will act according to other influences (see above) that may very well be destructive to themselves and others.

Three: Ethical people hold themselves to the same standards to which they hold other people.

There are people in the world who think they are not beholden to the same rules as other people. These people are megalomaniacs, narcissists, sociopaths, or people with a very poor moral compass. Ethical people recognize that the rules apply to them, just as they apply to other people. 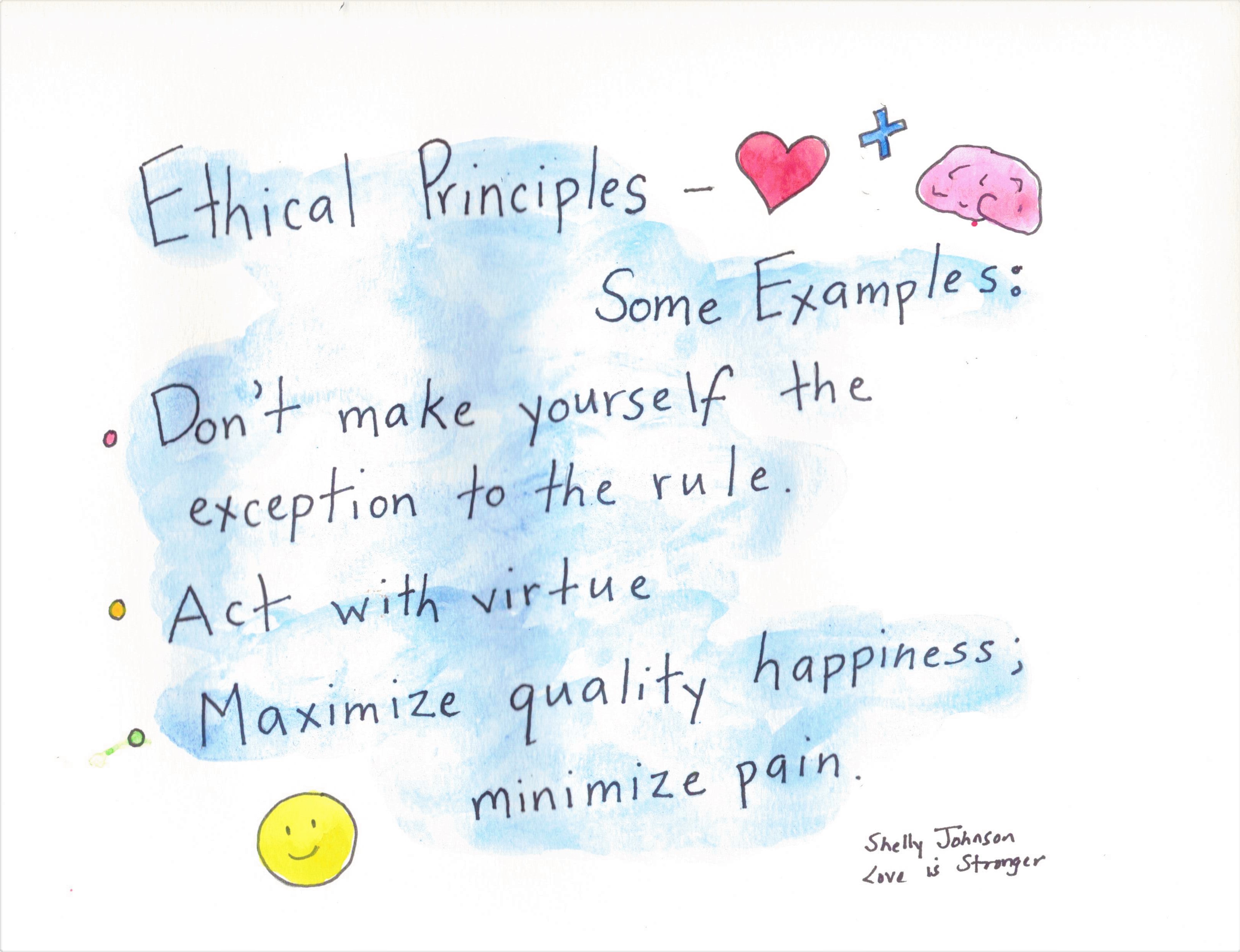 You can read more in depth about the above ethical standards here.

Four: Ethical people are humble because they realize that even in their best attempts to be ethical, they are still flawed human beings who have blind spots.

Ethical people realize that even their best attempts at ethical conduct can be hindered by ignorance, prejudice, and a limited understanding of the world or people. They pursue wisdom but realize that there is always a possibility that they may be wrong. They are willing to consider the other side of the issue, and they diligently try to identify their blind spots.

Five: Ethical people recognize that other people can disagree with them and still be ethical people.*

Sometimes the ethical conclusion is clear-cut and black and white, or we think it is. And sometimes it is not. Even very ethical people from the same religion and political party disagree on the right thing to do. Because of this, ethical people realize that it is possible for someone to disagree with them and still be a moral and ethical person.*

Ethical people usually have the same end-goals in mind (love, justice, respect, goodness, peace, dignity, kindness, etc.). But they may have different opinions about how best to reach these goals.

All of this relates to the current impeachment proceedings against President Trump.

During these proceedings, I have sometimes heard people say something like this: “Democrats who want to impeach Trump just don’t like him, and that’s why they want to impeach him.” (A journalist recently accused Speaker of the House Nancy Pelosi of this very thing. You can read more about this here.)

However, given the points I made above about ethics, discussions about whether people like or dislike President Trump are largely unhelpful. The question is not whether people like or dislike the President. After all, as I mentioned in my story at the beginning of the post, acting ethically often requires us to call out bad behavior in people we like. And it also often requires us to support people we don’t care for personally. 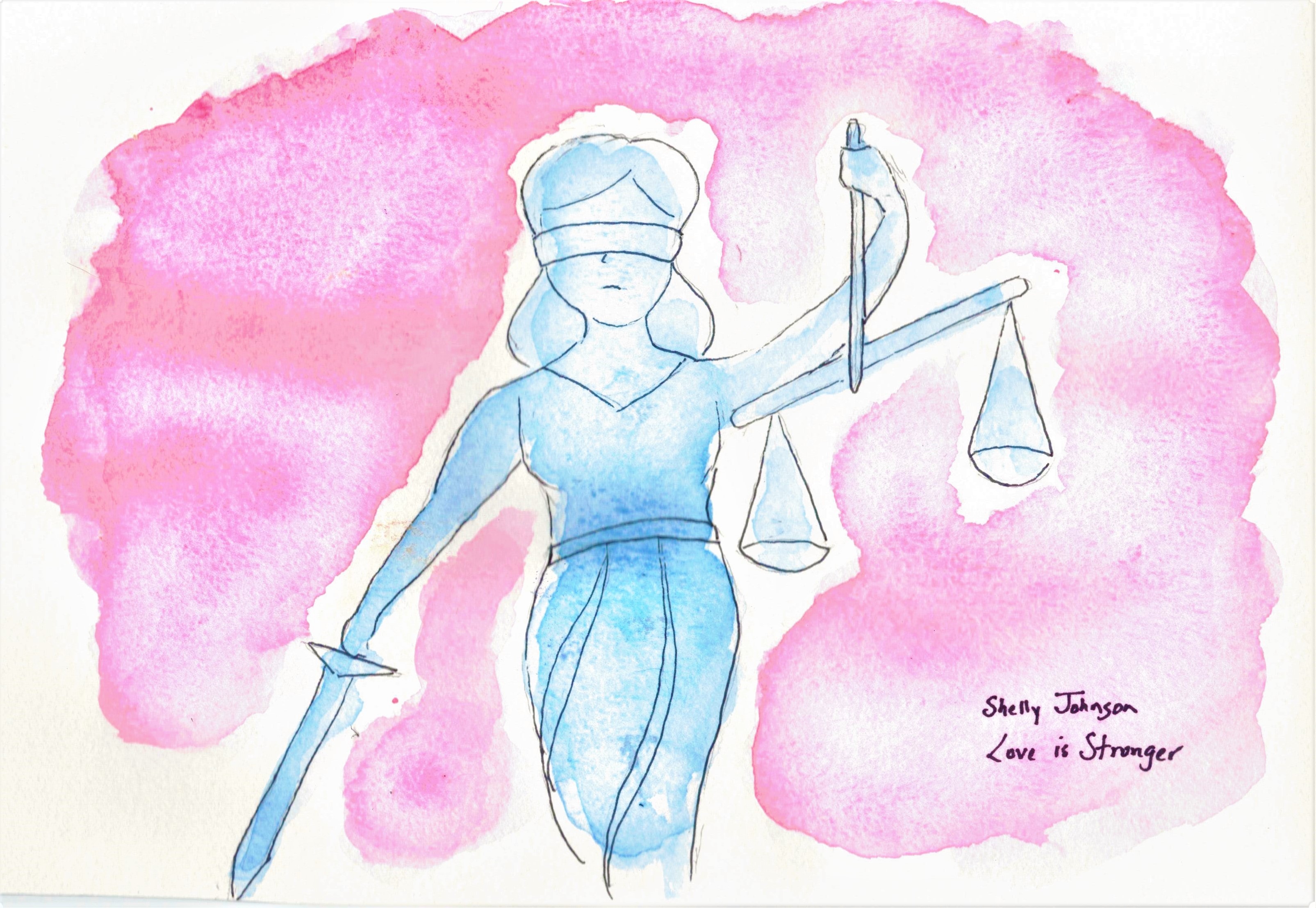 A good ethical system helps us to act in a more impartial and unbiased way.

The important question to consider in the impeachment matter is this: What is the ethical thing to do regarding impeachment and President Trump?

Of course, books could be and have been written about this issue. However, given the five points I made about ethics above, here are five ways we can act ethically in politics right now, especially regarding impeachment.

One: We must realize that neither party is infallible. So, rather than letting party politics guide us, we must follow a higher ethical standard. The most obvious standard in the case of impeachment is the Constitution.

Two: We must realize that ethics pertains to politics and the President, just as it does to every area of life.

Three: We must hold ourselves and people in our party to the same standards to which we hold other people and folks in other political parties.

Four: We must be humble and aware that we may have blind spots on this issue. We should seek to figure out and address our blind spots.

Five: We must realize that it is possible for people who disagree with us (like people from other political parties) to be ethical.* 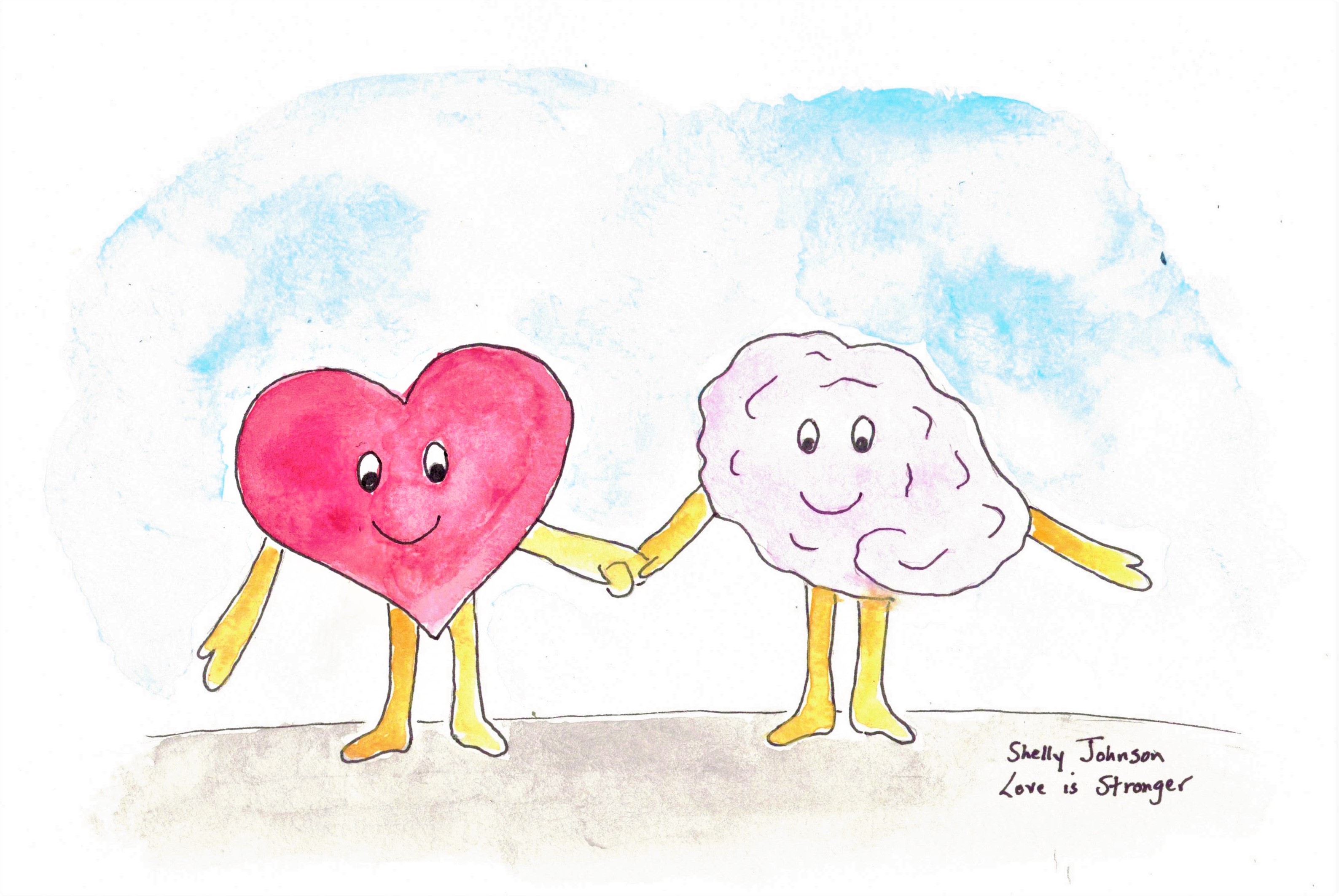 A good ethical system helps us act well with both our head and our heart.

And by the way, it is easy to read a list like this and to think of all the ways that people or politicians in the other party have failed to do these things.

Thinking this way is pretty normal. But the most ethical thing to do is to start with yourself and your own behavior before you focus on other people’s behavior.

So here are some parting questions that both you and I can reflect on regarding our ethical stance on the current impeachment issue.

Have you read the Constitution, specifically the parts that pertain to presidential impeachment? Have you sought out interpretations of impeachable behavior from experts of various political persuasions? If not, there is no shame. But why don’t you change that ?You can read more about this here. This is a post I wrote title “A Presidential Impeachment Primer”. It gives you links to the Constitution and various other resources and arguments from both sides of the issue.

Do you hold the President accountable to ethical standards, rather than judging his conduct merely by your like or dislike of him personally? If not, there is no shame. But it’s important we all engage in ethics-based, rather than preference-based, politics. (You can read more about ethical standards here and here.)

Do you practice political humility? Do you recognize that your favored political party–Democrat or Republican–is not infallible? Are you willing to, and have you read or listened to, arguments from the other side with a willingness to address potential personal blind spots? Do you have a plan for identifying and reducing your own personal prejudice and blind spots? (You can read about such a plan here.)

Do you recognize that at least some people from the other political party can be ethical, too, and that they share many of the same goals you do but believe a different way of reaching them is better? Are you willing to listen to people who believe differently than you do? (If you struggle with this, you might find help here.)

In addition, here are some other links about the impeachment issue you may find helpful. To let you know a little bit about my background: I am an independent, and I study political philosophy. I am interested in helping the U.S. create a more thoughtful, civil, resilient political life together.

I think that impeachment is serious business and that no president should be impeached or removed from office lightly. Nevertheless, I do have some grave concerns about the President’s behavior. Here are some other posts I have written on the issue.

Should the President Be Impeached? (An Examination of the Evidence)

Do the President’s Actions Constitute High Crimes and Misdemeanors? (What Would the Writers of the Constitution Say?)

*This does not mean that all ethical positions are equally strong or legitimate. Someone can try to do the right thing and try to live ethically but have a poorly thought out or inconsistent ethical system.

In addition, I am certainly not arguing that all people’s ethical or world views are equally legitimate. For example, there are some people whose worldview or ethical system is based on the notion that some human beings are less human and less deserving of dignity than other human beings. These worldviews often condone overt or covert racist or bigoted practices. Such views are not legitimate.

The ideal ethical position, I believe, is one in which we take dignity-based ethics seriously while also recognizing our human fallibility and ignorance. I have written more about such an ethical position here.

1 thought on “Is Trump’s Impeachment Motivated by Hate?”