I would like to say, first, that I understand why you feel concerned and fearful about property destruction. If you are like me, you really value law, order, and respecting people’s property. You were probably raised with these values (and they are good values), and it may feel like to you that if you support protests, some of which have had some property destruction in them, you are betraying these values. I get this.

So, I want to offer a couple of suggestions for your consideration if you find yourself wanting to support the black community, but you are really struggling to know what to think or to say about property destruction.

Please imagine this situation: Imagine that you have a very large family. And imagine that another family—we’ll call them the McCoys–decides that it doesn’t like your family and thinks they are dangerous. So, the McCoy family starts killing people in your family. It keeps happening again and again while your family members are out and about grocery shopping, walking in the neighborhood, working, or even sleeping in their house.

Now imagine that you go to the police and ask for help. Imagine that they either don’t believe you; tell you that your family members probably did something to deserve it; or they just plain ignore you. 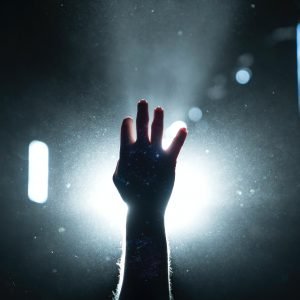 And imagine you try to tell the newspapers and your neighbors and friends, and they also either ignore you or express concern but don’t do anything about it.

And now imagine that it keeps happening—ten people in your family are killed. You know it is not going to stop and that you or your wife or husband or kids could be next, and no one is going to help. To make matters worse, the McCoys have shut themselves up in their big house so you cannot get to them, but they have threatened to strike again.

What would you do? How would defend yourself? How would you get people’s attention to convince them that you were in danger and need help? If you are like a lot of people you would very likely engage in some sort of property destruction to get people’s attention. For instance, you might deface a public building or monument or store to communicate to people that your life and the life of your family was in danger and that no one—not even the police, who should be protecting you—was doing so. 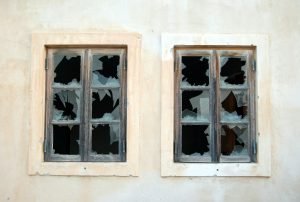 At the very least, you would be tempted to destroy things. I know I would.

Please consider that this is EXACTLY the situation that black people are in. Police-related fatalities are so common in the black community that they are a documented leading cause of death. Parents of black boys and girls fear every single day that their child could be killed for doing something  innocent like walking down the street in a hoodie.

The black community has peacefully protested and asked for help for years, and this issue hasn’t changed. So, I ask you to practice empathy and to understand that for some people, property damage during protests is a desperate cry for help and one of the only remaining acts of self-defense some people in the black community feel they have. And please realize, you would act in a similar way or be tempted to if you were in their shoes and you knew that you or your loved ones could be killed at any minute, and no one listened to your cries for help.

Two: Realize that a many, if not most, protestors are peaceful, and those that aren’t do not negate the seriousness of the message behind the protests.

Do you go to a church? (Or have you ever gone to one?) Is it a perfect church? Are there people in the church that sometimes do inappropriate or even really bad things?

If you are like me, the answer to these questions is “yes”. You have gone to churches (or go to one now) that are awesome but that have people in them that sometimes do inappropriate or even really bad things. And when this happens, you know that this doesn’t mean that your church is all bad or that the message of Christianity (or your religion) promoted by the church is bad. Rather, you recognize that church and Christianity (or your religion) is great, but that there are people in it who sometimes do inappropriate things. 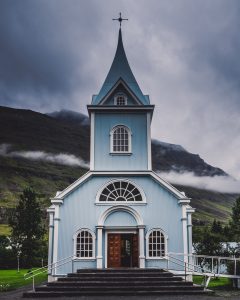 I would ask you to think about the current protests in the same way. Many, if not most, protests are peaceful. And even if there are ones in which property destruction occurs, this does not negate the goodness of the protests. Furthermore, as we examined in point one above, we can empathize with the reasons people destroy property during such protests.

I am going to make a point here that may offend you, but if you do feel offended, please stay with me to the end. It will be worth it.

Here is my point: If you are offended by property destruction during the current protests, but you have not taken past peaceful protests seriously, or you criticized them, you are part of the problem. So am I.

For instance, if you mocked or got annoyed by Colin Kaepernick and other NFL players kneeling in protest during football games, and if you generally ignored these protests, you are part of the problem. (You can read more about this here.)

And if you said, “All Lives Matter” when the black community said, “Black Lives Matter”, you are part of the problem. (You can read more about this here.) 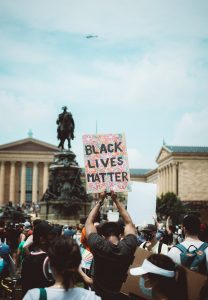 And I sympathize with you. I have been a part of the problem, too. But you and I need to understand that when we see black people peacefully protesting, they are doing so because they are being killed daily, for unjust and racist reasons, at a rate much higher than white people.

So, you and I need to take their peaceful protests seriously, and we need to heed their cries for help. If we do not, we are part of the problem.

Four: Believe that you can make a difference and start taking proactive steps to work for racial justice.

If you and I have been a part of the problem in the past, and I know I have been, we can grieve this and ask for forgiveness, and that is right to do. But what really matters is that we make a commitment today to work consistently for racial justice.

If we make this commitment and act consistently on it, I promise you that we will help end racism and create a better world. You can read more about concrete steps to take to end racism and work for equality here.

I am going to start working on some of these this week. I invite you to do the same.

Five: If you are a republican, please consider writing or calling your representatives and asking them to hold President Trump accountable for his handling of the current protests.

Republican Friends: President Trump mocked, insulted, and harassed Colin Kaepernick and other NFL players when they knelt during the national anthem. He has also regularly made comments that stir racial tension. He is now responding to protesters, even peaceful ones, with violence.

Yesterday, the President had peaceful protestors tear-gassed so that he could get a picture of himself holding a Bible in front of a church. His behavior was so egregious that even Pat Robertson criticized him. You can read more about this here and here.