Recently I have realized that someone can be prejudiced but not realize it. That sounds counter-intuitive, so let me explain.

There is a really weird phenomenon I have become aware of in recent years that I will call Camouflaged Racism.

The Camouflaged Racist does not initially seem racist. He has friends that are from other races. And he may very well love actors and artists from different races.

In fact, he may even be married to a person from another race. And yet, this person still says things that sound racist.

When I first started meeting Camouflaged Racists (CR), I was really confused by them. Usually my interactions with them would go something like this:

Me: That seems like a prejudiced and racist idea.

CR:  Nuh-uh because I have Black and Hispanic friends. 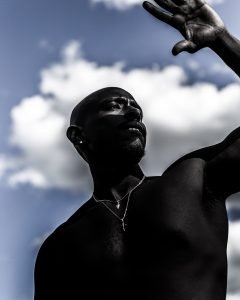 It seemed hard for me to maintain that my friend[1] was racist, given his apparent friendship with individuals from other races. And yet I was really troubled by his remarks.

Throughout the years, I began to realize that there are different kinds of racism that operate in different ways.

For example, some philosophers such as Kwame Anthony Appiah, as well as Anne E. Cudd and Leslie E. Jones[2] discuss the difference between intrinsic and extrinsic racism.

If someone is an intrinsic racist, he believes that an entire race or ethnic group is inferior in every way, as a whole (and likely evil).[3] This is the kind of racism, I take it, that motivates genocides and holocausts of entire people groups.

Intrinsic racism, no doubt, still exists in the world. But I think it is much less prominent in contemporary society. This is perhaps because of progress in integration and civil rights, as well as multicultural education. (Although, certainly it seems like politics has really brought a lot of intrinsic racism to the fore recently.)

What is much more common, I think, is extrinsic racism[4].

Extrinsic racism holds that different racial or ethnic groups possess genetically certain traits as an entire group that are inferior in some way.

This, I take it, is the kind of racism that motivated the President recently when he criticized accepting more immigrants from what he referred to as (his words) “shit-hole countries”.

He seemed to be implying that because these countries were (again, his words) “shit-holes” that all of the people coming from them possessed certain inferior qualities or traits and that the U.S. did not want them.

Extrinsic racism is sneaky because it makes it possible for people to like certain individuals of a particular race but to believe that the race as a whole is inferior in some aspect. 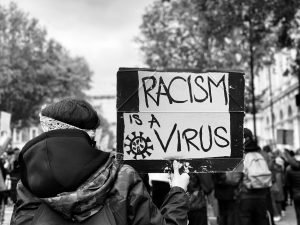 I also think that extrinsic racism makes it possible for people, on the one hand, to consider all of the races as equal theoretically.

But, on the other hand to automatically (and without actual evidence) consider individuals from that race to be inferior in some way.

One of the most problematic things about extrinsic racism is that it tends to camouflage socially oppressive practices. Someone who is motivated by extrinsic racism can say kind things to people of other races while also doing things that oppress these groups.

So, for instance, I take it that the benevolent southern slave owner practiced extrinsic racism. There were many slave owners who never beat their slaves and who treated them like family. Nevertheless, these seemingly benevolent slave-owners never considered freeing their slaves a moral responsibility. 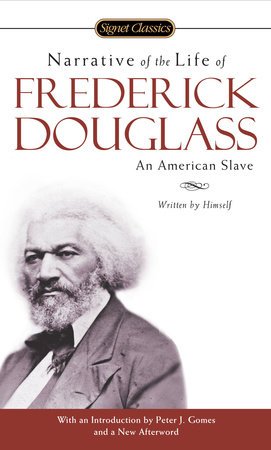 Frederick Douglass explains these issues well in his autobiography.

Often this was because these slave owners believed that African-Americans lacked intelligence or autonomy.

So while they loved their slaves and valued their work and contribution to the family, the slave owners did not consider them fit to govern themselves.

The other danger of extrinsic racism is that it often conflates the results of social oppression with supposed inferior qualities of racial groups.

So, for example, someone motivated by extrinsic racism might see statistics that show that certain minority groups in the United States have higher imprisonment rates or higher school dropout rates. And they might attribute this problem to the supposed inferior characteristics of a race, rather than carefully examining the historical and social factors that contribute to these problems. 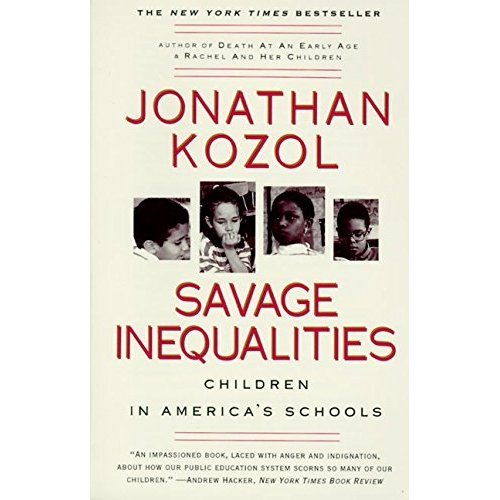 Jonathan Kozol describes some of these issues well in his book.

Unfortunately, this type of logic is seductive to all of us because it is self-validating and requires no change on our part.

It allows us to blame other people solely for their social problems, rather than working to understand and change the complex social pathologies that contribute to them.

I think that one of the most problematic aspects of extrinsic racism is that it allows us to hide our own areas of needed personal growth from ourselves and each other.

While there are some people who wear their racism proudly like a badge of honor, most of us know that racism is immoral. And we do not like to think of ourselves as racist in any way.

At the same time, it is a pretty normal human tendency to feel threatened at least initially by people who are different from us. 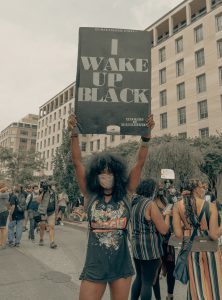 Difference threatens us. That is because it requires us to listen, to try to understand, and perhaps to change in some way.

It requires us to examine the ways in which we might be contributing to systems of oppression through our lack of awareness. And it asks us to consider how we contribute to racial problems when we only associate with people who look just like us.

For instance, in college, I became aware that my thinking patterns exhibited patterns of extrinsic racism. (I did not know what to call it at the time, but that is what it was.)

This was really troubling to me because I knew that racism was bad. And I did not want to have anything to do with it.

After struggling with my guilt over this, I realized that I made generalizations about entire racial groups the most when I was cut off from them.

It is a lot easier to hold extrinsic racist beliefs when all you know about a group of people is the scary rumors you hear on the news. Or the unflattering stereotypes you see on TV shows.

So, I consciously worked to befriend People of Color and to listen to their experiences and read literature and watch movies written by them. And I realized that I struggled much less with extrinsic racism. 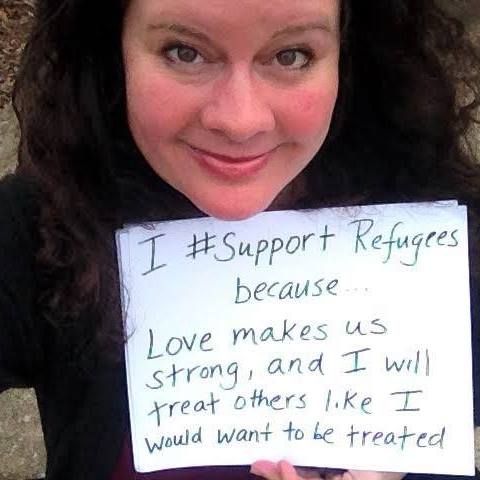 My job is to listen and love.

It is important to realize that most of us unconsciously pick up extrinsic racist beliefs along the way. This is especially true when we are the majority group in a country.

But it is our moral responsibility to be aware of this and to work to overcome these beliefs.

In closing, I want to say that extrinsic racism may seem more benign in some ways than intrinsic racism. This kind of racism is really prevalent. But it is oppressive and it is holding us back as a nation.

Postscript: I am really excited that I get to teach a course on African-American philosophy this semester. And I am including my reading list below, in case anyone is interested in reading these books. You can find all of them on Amazon. 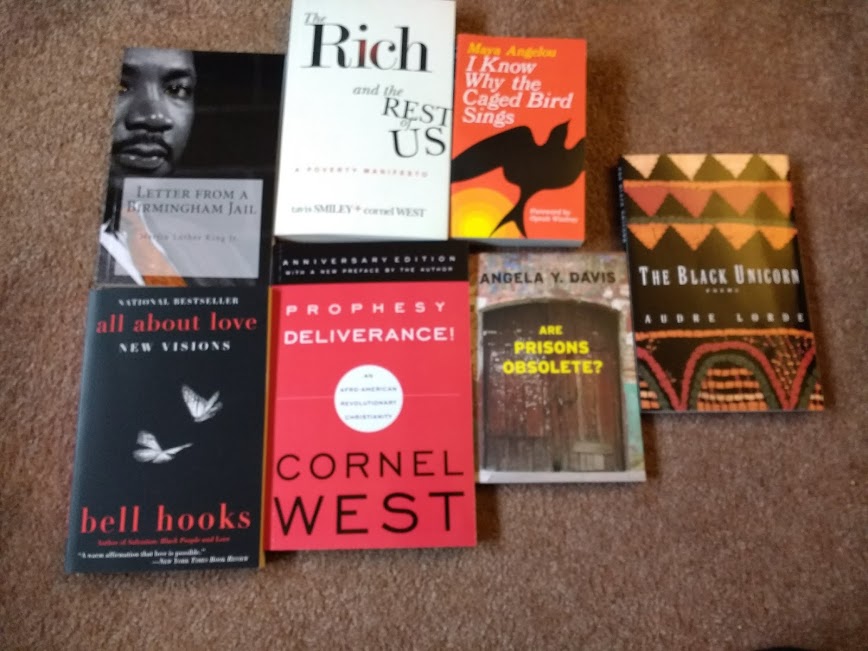 Also, I really like Ta-Nehisi Coates who writes about what it is like to be a Black man in the United States.

If you haven’t read this article of his, I recommend it:

What I Learned Teaching African Philosophy This Semester

[1] My “friend” in this post is actually an amalgamation of a lot of different friends I have known over the years.