This post is about avoiding the argument pitfall of circular reasoning, and it is part of a series on thinking critically. You can find links to other posts in this series at the end of the post.

When We Care A Lot about Issues

If that is the case, good for you. It is important to develop beliefs about important issues in the world. It is one of the things that allows us to develop our character and leave our unique mark on the world.

But as important as it is to develop such beliefs, it is equally important that we have a way to determine whether we have good reasons or evidence for believing what we believe.

And this brings me to a common argument pitfall (or logical fallacy) people often unwittingly get themselves into called circular reasoning. It is also sometimes called begging the question, but I will refer to it as circular reasoning in this post.

Before I explain circular reasoning, let me remind you what an argument consists of. An argument has a conclusion (something that someone believes) and premises (evidence that supports the conclusion.)

A good argument has a further characteristic—namely, the premises are very strong and lead directly or almost directly to the conclusion. In a good argument, there is very little, if any, gap between the premises and conclusion that would lend itself to counter-reasoning or counter-examples.

For instance, if we looked at a symbolic representation of a good argument, it might look like this.

(W, X, and Y, in this case are evidence that lead to the conclusion–Z. And Q is a possible reason that would contradict Z.)

Let’s use this point about good arguments to return to the fallacy of circular reasoning. 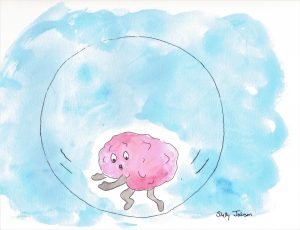 If we looked at symbolic representation of such an argument, it would look like this:

Now, on the face of it, this argument looks very silly. Of course, you cannot use Z to prove Z, you might say.

And you are right. Most grown adults, or even teens with developed reasoning skills, recognize that arguments like this are not good arguments.

For example, consider these arguments:

These arguments are both blatant examples of circular reasoning. And as you can imagine, very few people are going to be tricked or persuaded by such arguments.

So, circular reasoning is usually presented in much more clever packaging. For example, someone might argue something like this:

Socialism is unethical because it is morally corrupt.

Socialism is ethical because it is a moral government system.

At first glance, these arguments sound like they are saying something meaningful. If, however, you read the argument again, you will notice that the premise and conclusion are saying the same thing in slightly different words. That is often how circular reasoning goes undetected.

Gun control is clearly a violation of our rights because it is deeply unconstitutional.

Gun control is clearly needed because it is an unavoidable imperative.

These two arguments are another example of circular reasoning. As you can see, just like the arguments above about socialism, the premises and conclusions in these arguments also say the same things in two slightly different ways.

In addition, these arguments also sound convincing because of emotionally-laden words like deeply and clearly.

Sometimes when people are making circular arguments, they disguise this fact, both to themselves and others, by using emotionally laden words or phrases like obviously, clearly, in fact, anyone can see, and educated people understand.

Here are some examples of circular argument using such phrases:

People should vote Republican because obviously voting Republican is the right thing to do.

Smart people should vote Democrat because, as anyone can see, voting Democrat is the educated choice.

Voting Democrat is wrong because it is deeply immoral.

Voting Republican is stupid because it is clearly unreasonable to do so.

How Do We Avoid Circular Reasoning?

If you want to avoid circular reasoning, one of the best things you can do is to cultivate these three intellectual habits:

One: Make truth and wisdom, rather than being right, your goal.

If you must be right all the time about what you believe—if your self-esteem and self-identity depend on it—you are much more likely to commit logical errors like circular reasoning.

It is painful to be proven wrong, but it is much more painful for you and everyone else to keep dogmatically promoting erroneous and illogical beliefs.

Two: Being willing to be proven wrong.

When you are willing to be proven wrong, you cultivate an attitude of humility and curiosity. This helps lead you closer to the truth, and finding the truth helps you become a better thinker, a more moral person, and more emotionally mature and balanced.

This habit also helps you be intellectually honest and courageous. 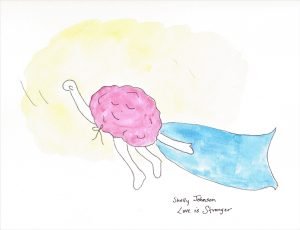 For any conclusion you want to support, you need a variety of strong evidence that goes beyond and also supports the conclusion.

What counts as evidence?  Here are some of the most common things that count:

A wide variety of examples that show a consistent pattern.

And a variety of expert opinion and research.

A wide variety of testimonials by people who have had direct experience with the issue under discussion.

When you are trying to construct an argument for any belief you have, it is essential that you seek out the arguments of thoughtful people who disagree with your beliefs.

When you do so, one of two things will likely happen. You may find that the person is right and that you need to alter or change your beliefs in small or large ways.

You may find that while the person has some good points, the evidence more clearly supports your belief.

Either way, you will be a strong thinker for seeking out such people.

When we hold strong beliefs, we often feel like our belief is so obvious that any reasonable person would hold the same beliefs we do. This is a normal human feeling, but it is important to note that sometimes this feeling of confidence can be deceptive.

Every person who has ever held a false belief (and that is all of us) has felt strongly that the belief was correct. Therefore, a strong feeling that your belief is the right one is not sufficient to ensure that it is indeed correct. 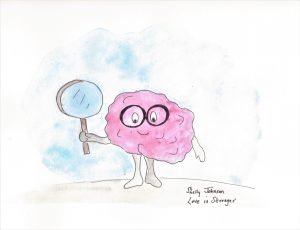 I would also invite you to follow my blog. You can find a

How to Detect Your Own Biases and Prejudices: Argument Pitfall #2—Hasty Generalization

Why Thinking Well is Worth It

If you would like to read some books about becoming a more logical and creative thinker, you might check out these books:

Everyday Debate (I recommend starting with this one.)