Everyone can learn how to make a good argument. This post is about how to do that.

An Experience with a Class I Teach

Every semester (almost), I have a day that is the highlight of my semester. Yesterday, I had one of those days.

We also work on applying this ethical framework to practical ethical issues like resource consumption; population control; climate change and global warming; and the use of pesticides. 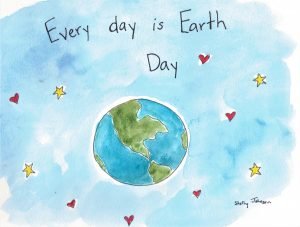 The Other Day in Class

In class yesterday, we watched a short clip about the use of the pesticide DDT that was common in the first half of the twentieth century. The clip is primarily about the late environmentalist Rachel Carson’s concern about the use of DDT. (You can watch the clip here.)

In the clip she explained why she thought it was so dangerous. A scientist representing the DDT corporations criticized Carson’s conclusions and said that they were not supported by science.

A third speaker, a governmental representative who was a water pollution expert, admitted that no one really knew how long DDT stayed in water or if high levels of DDT could pollute water sources.

Why Did People Use DDT?

Originally DDT was used to combat typhus and malaria, especially with military soldiers, and eventually it was used as a pesticide in the U.S., too. You can read more about DDT here.

From the inception of its use in the U.S. people had concerns about DDT and about the way the pesticide could accumulate in soil, ground water, and fatty tissues of humans and animals. They worried it might possibly interfere with ecological balance and human health. (Again, you can read more about these issues here.)

One scene from the clip shows people spraying a group of laughing kids in a swimming pool with DDT, ostensibly to prove its safety. Another scene shows DDT trucks driving down the street, surrounded in plumes of DDT, spraying everything around it with the chemical.

My Students Freak Out

After we finished the clip, my students literally freaked out. They couldn’t believe the clips of kids being sprayed with pesticides or of trucks spraying entire neighborhoods with pesticides. Also very concerning to them was the fact that the main scientist speaking in favor of DDT was a spokesperson for various chemical corporations.

One student said, “He basically gets payed to say what he is saying, and that means he has a big bias.”

Students were concerned that perhaps she had a bias as well.

Doesn’t Everyone Get Payed?

Another student said, “Well everyone in the movie gets payed in some way. The government official gets payed, too. So, can we trust what he is saying?”

This sparked a discussion about how we can discern between biased and unbiased claims; between good and bad evidence; and between arguments we should consider and those we shouldn’t.

What are the Marks of a Good Argument?

Most of us wonder these things at one point or another. Perhaps these issues are especially concerning to us right now with an election right around the corner. So, I wanted to give some general guidelines for how you can know if you are making a good argument or if an argument someone else makes is a good argument.

The Basics of a Good Argument

At a very basic level, you can know that an argument is good if it has a clear conclusion supported by strong premises. Your premises are the evidence you use to support your conclusion.

Sometimes people trick themselves into thinking they are making a strong argument, when they actually are not.

What Types of Evidence Makes a Strong Premise?

If you want to have a strong argument, you need to have strong evidence supporting your conclusion.

Here are three of the most common types of evidence that help build strong arguments:

One: A wide range of examples

The more evidence you collect from a wide variety of sources that support your conclusion, the stronger your conclusion is. Someone can find one example to support any claim. One example does not prove a conclusion. After all, that one example could just be a fluke or an anomaly. (You can read more about this here.)

The more evidence you collect from a wide range of trustworthy experts that supports your conclusion, the stronger your evidence is.

Expert testimony is testimony by people who hold credentials or a significant amount of professional experience in a certain area.

For instance, if someone uses expert testimony to support a conclusion about medical issues, that expert testimony should be from people who hold medical degrees of some sort. Or it should be from someone who has significant professional experience in the medical field—a medical writer or journalist is an example of this sort of person.

Why Expert Testimony is Important

Expert testimony is important because people who hold a degree or have significant professional experience in the field have . . .

1) Received extensive training in the field and understand its foundational theories and rules;

2) Gone through some kind of testing or certification or degree process that required them to verify their competence in the field in some way.

Experts can also lose their credentials or jobs or be held up to public censure for spreading false or misleading information. Thus, there are accountability measures associated with their opinions.

Therefore, while experts are not perfect, can be biased, and sometimes spread misleading information, they are less likely to do so than someone who has not undergone rigorous training in their field; has not been required to prove their knowledge to other experts in it; and is not held accountable for spreading false or misleading information. (See next point about the testimony of everyday, average people.)

As is the case with examples, people can find one or two experts who will support almost any conclusion. However, the testimony of one expert does not prove a point [1].

The More the Better

So, the more experts, and the wider variety of experts, you find to support a conclusion, the stronger that conclusion becomes.  And, of course, it is important that you find testimony from experts whose expertise is related to the argument you are making.

Three: A wide range of experience from every day, average people.

Expert opinion is extremely important, but so is the opinion of every day, average people.

Experts can testify to the underlying theories, research, facts, and foundational philosophies of their area of expertise. So, their opinion is extremely important.

But the experience of everyday average people is important as well in other areas.

For example, if people want to know how to create a college with excellent pedagogy, they should certainly consult education experts. They should also consult students.

The experts provide important information about key theories, research, etc. pertaining to sound pedagogy. But the experience of every day, average people like students provides another type of evidence—daily, concrete, practical experience that fleshes out various theories.

As with both examples and expert testimony, it is possible to find at least one person who will support any claim.

Therefore, the more people you find from a wide variety of backgrounds that support your claim, the stronger the claim becomes.

The Power of Counter-Examples

All of us have biases. Here are three common sources of bias:

We tend to believe evidence that supports the views we already believe or beliefs that makes us feel good. On the other hand, we often ignore evidence that requires us to change our belief or that might make us feel uncomfortable.

We tend to believe views that profit us in some ways, such as financially, in terms of our reputation, or in terms of security. It is not wrong to believe a view that also brings us reward—like money or fame or security.

It is, however, important to realize that our need for these things often motivate us to hold onto beliefs that serve us and to deny evidence to the contrary, often because it threatens these basic needs.

Having biases is human, and no one is bad simply because they have an unrealized bias. However, biases can become dangerous. They can lead to racism and bigotry of various forms. Therefore, if you want to make a good argument, you must actively seek out evidence that could disprove your argument.

As you can imagine, it takes courage to seek out information that could potentially disprove conclusions you care about. It also takes thought, care, and self-control to carefully construct a good argument.

Thus, consistently making good arguments requires that we develop certain dispositions. Here are some of the most important ones:

A Disposition of Love:

We must love the truth more than anything, even if it requires us to change or give up previously held beliefs.

A Disposition of Courage:

A Disposition of Humility:

We must be willing to recognize that we could always be wrong—even about the things we believe we are most right about.

A Disposition of Playfulness:

We must adopt the spirit of a playful adventurer who explores the world with a sense of curiosity and wonder, rather than a dogged determination to defend the territory we have already staked out.

A Disposition of Compassion:

We must recognize that seeking the truth and becoming good arguers is a process. It is possible to make mistakes, even big ones, in this process. We need to have compassion for ourselves and others in the process.

A Disposition of Wisdom:

The people you can argue with are people who are committed to the dispositions I have mentioned above. It is wise to know the difference between these two types of people. 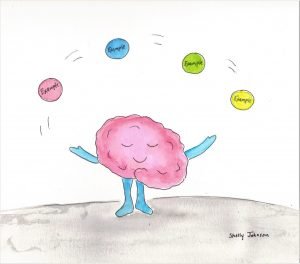 [1] Experts are human beings, and (as we all know), human beings are fallible. Everyone, even experts, has the potential to make mistakes, engage in shoddy thinking, or promote misleading information for personal gain.

If you would like to read more in depth about how to make good arguments, you might like several books I have written about logic and critical thinking:

Everyday Debate (I recommend starting with this one.)

2 thoughts on “How to Make a Good Argument”