This political season has been marked by a great deal of protest and resistance. The various Women’s Marches across the United States yesterday are certainly the most visible demonstration of this. While many people have praised these marches as an expression of solidarity, hope, and civic engagement, others have had quite a different response. I have heard people call the protestors “sore losers”, “ignorant of democracy”,  “spoiled brats”, and “a danger to our political system”.

Democracy is rule by the people. We decide matters in our country through deliberation, debate, and voting rather than through force and bloodshed. One of the greatest things about democracy is that, ideally, it permits people to disagree with the status quo without fear of imprisonment or other repercussions.

We should be extremely grateful that people can resist the status quo in our country because it is precisely through such resistance that we have become a stronger nation with a record of respecting human rights and human dignity (although we certainly have a lot of work to do in this area). It is through such resistance that marginalized voices can enter our political discourse and debate.

It is not too much to say that our country began because of resistance and protest. The American Revolution occurred, in large part, because colonists resisted an unjust tax system that favored Britain at the expense of the colonists’ well-being. Slaves in the United States gained their freedom because they and their allies resisted laws that were unjust and that treated people of color as sub-human. Women gained the right to vote because they resisted an unjust system that had kept women disenfranchised and politically powerless for hundreds of years. People of color gained the right to vote and to exist as equals because they resisted laws that were dehumanizing. 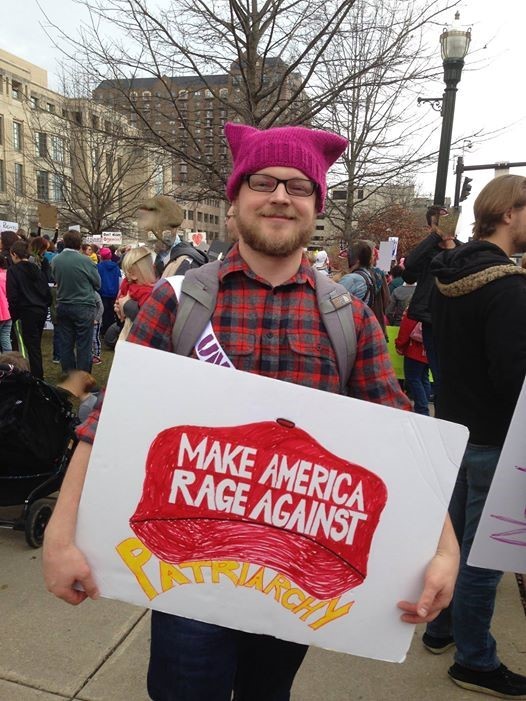 Disenfranchisement of women and people of color was dehumanizing. Segregation was dehumanizing. Paulo Freire, a Brazilian philosopher and educator who devoted his life to resisting forces of dehumanization, suggests that being fully human is not merely a state into we are born. It is something we must achieve.[1] The essence of being human is our ability to reflect on our world, to name it, and to act on our naming of the world to transform it for greater beauty, justice, equality, and humanization (Freire refers to this process as praxis).[2]

Non-human animals, generally speaking, do not reflect.[3] They are immersed in their physical environment, their instincts, and their biological drive to eat, drink, sleep, and procreate. The do not have the ability to step back from their environment and ask, “How could I make my environment more beautiful? Safer? More equal for everyone? More conducive to the development of all my capacities?”

Human beings can consider these questions, and this is why, throughout human history, we have developed philosophies, inventions, and systems that allow us to transcend our physical immediacy. This allows us to create a better world in which deeper thought, freedom, beauty, and equality emerge and continue to develop.[4]

If everyone has the right to reflect on the world and transform it for greater humanization, this means that we must dialogue together so that our personal attempt to become more human does not crush another person’s attempt to become more human.[6] Immanuel Kant expresses a similar sentiment when he argues that the moral law tells us that we must treat people not merely as a means to our end, but we must treat them as an end in themselves.[7] This means that we must respect people.

This means that we must treat them as human beings and not as objects. This means that my projects are just as important as your projects, and we must figure out how to order the world so that all of our projects can flourish together. Such an ordering of the world, Kant suggests, is the Kingdom of Ends.[8] Freire suggests that such a world is a fully humanized word. Hegel argues that such a world is the only truly just and free world.[9]

Unfortunately, instead of dialoguing with each other and creating a world in which everyone’s projects flourish together, too often we engage in power struggles in which we try to silence each others’ voices or each others’ ability to act in the world. When we do this, we dehumanize people because we crush their ability to reflect on the world and name what they see or to act on this naming.

We crush their distinctly human capacities.  We see this quite frequently in politics. Too often in our political life, rather than working to deliberate carefully and make sure everyone’s voice is heard, we rush to pass laws without dialoguing with those the laws will effect the most. We try to dominate each other and silence each people’s voices through political power. When we do this, we always run the risk of making laws that are dehumanizing and immoral.

There are laws currently in our country that are unjust and dehumanizing, even if we are not aware of them. The way we become aware of them is to listen to the voices of those who are being affected by these laws. This is where civil resistance plays an important role. Resistance and protest are the means by which dehumanized, oppressed, and marginalized voices are heard once again. If we listen to them, they often help us understand how to transform our laws for greater beauty, justice, and humanization.

Our country is in desperate need of resistance at this time. There are many troubling things about President Trump, but one of the most troubling things is the way he consistently dehumanizes people and belittles or silences their voice. He has done this to women repeatedly—especially women who confront his inappropriate behavior. He does this to immigrants by ignoring their voice and treating them as objects to be manipulated and discarded for political gain or personal preference.

He does this to media sources who paint him in an unfavorable light. He did this yesterday after the women’s march when he tweeted, “Watched protests yesterday but was under the impression that we just had an election! Why didn’t these people vote?”[10] Rather than listening to their their stories, President Trump told them what he had decided their story was (that they were irresponsible and had not voted).[11] Furthermore, many of the political appointments Trump has made (extremely wealthy, white, male) suggest the voices likely to be heard right now are not the ones that represent a majority American citizens. This is not how a true democracy works. This is why we need resistance.

I want to thank everyone who marched yesterday as an act of resistance. While the United States is technically a democracy, it has a long way to go before it is truly a democracy. We will only be a true democracy when everyone’s voice is heard and we learn to work together in a way that supports everyone’s humanization. Resistance is one of the most important ways that marginalized and excluded voices can be heard and because of this, it is essential for democracy.

[3] I recognize that animal consciousness exists on a continuum and believe that many animals are much more self-reflective than we comprehend.

[5] Freire argues that “dialogue is an existential necessity” (Pedagogy of the Oppressed 88). This means that my ability to live a fully human existence depends on ability to dialogue with you because it is only through dialogue that we are able to clear away all blocks to humanization.

[6] Freire does not suggest that people have a right to act on their immoral projects. Freire (as well as Kant and Hegel) suggest that we act ethically and morally when we adopt projects that harmonize with other people’s projects in a way that allows for full human flourishing.

[9] This is ethical substance that Hegel describes in Philosophy of Right.

[11] Even though he sent out a more conciliatory Tweet a few hours later, his first Tweet was much more in line with the tenor of his entire campaign, and he consistently refuses to take responsibility for the way he bullies and belittles other people.