In the recent impeachment inquiry regarding President Trump, people disagree about many things. But there are a few things upon which everyone (even President Trump)  can agree because they are in the original manuscript of the phone call President Trump made to Ukrainian President Volodymyr Zelensky.

The items below are in the transcript, which you can read here, and the quoted items, of course, signify direct quotes of President Trump that you can find in the manuscript:

One: President Trump congratulated the new President of Ukraine, Volodymyr Zelensky, on his recent election victory.

Three: President Trump said “I would like you to do us a favor.”

Four: President Trump asked Zelensky to look into Joe Biden’s activities in Ukraine. President Trump said, “There’s a lot of talk about Biden’s son, that Biden stopped the prosecution and a lot of people want to find out about that so whatever you can do with the Attorney General would be great. Biden went around bragging that he stopped the prosecution so if you can look into it… It sounds horrible to me.” (My note: You can read more about Joe Biden and Ukraine here.)

In addition, in the phone call, President Trump also asked Zelensky to investigate CrowdStrike, which is a global technology security company.

Five: At the time of the phone call, Joe Biden was one of President Trump’s key political rivals for the 2020 presidential election. (This item is not in the transcript but is a matter of public records. You can read about this here). 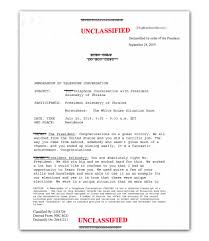 Based on these undisputed facts, everyone can also agree that President Trump asked Ukraine to do the U.S. a favor by investigating a U.S. citizen who also happened to be a key political rival.

No one really disputes these matters–not even Republican politicians supporting the President. So what is the dispute about?

The dispute is over whether it was wrong or unethical or an abuse of power or impeachable for President Trump to ask the Ukrainian President to investigate Joe Biden.

Why Might It Be Okay for the President to Ask Ukraine to Do This?

President Trump and many Republicans argue that the President’s request to Ukraine was perfectly fine because he was asking Ukraine to investigate corruption, which (the argument goes) he was right to do because the U.S. gives aid to Ukraine, and as President, he has a responsibility to make sure U.S. aid isn’t being used inappropriately.

It is certainly wise for a U.S. president to be concerned about corruption in a country like Ukraine to which we give significant aid. Past presidents and U.S. officials (including President Obama and Joe Biden have been concerned about this very issue). You can read more about this here.

Problems with the Claim that President Trump was Investigating Corruption

However, there are two problems with the idea that the President had a legitimate concern about corruption pertaining either to CrowdStrike or Joe Biden.

First, as mentioned above, CrowdStrike is a global technology security company. Some conspiracy theorists have argued that the company was behind a Ukrainian effort to get Hilary Clinton elected. (You can read more about this here) President Trump has been a fan of this conspiracy theory.

The problem is that the theory has been investigated and debunked by the U.S. government. (You can read about this here and here).

Even President Trump’s own aids (like his former Homeland security advisor Tom Bossert), as well as Republican politicians like Lindsey Graham, have either told President Trump directly or stated publicly that the theory is untrue. (You can read Graham’s comments about this down at the bottom of this article which details the investigations into CrowdStrike; the lack of evidence supporting a Ukrainian connection to election interference; and different Republican politicians who have argued for and against such a connection.) 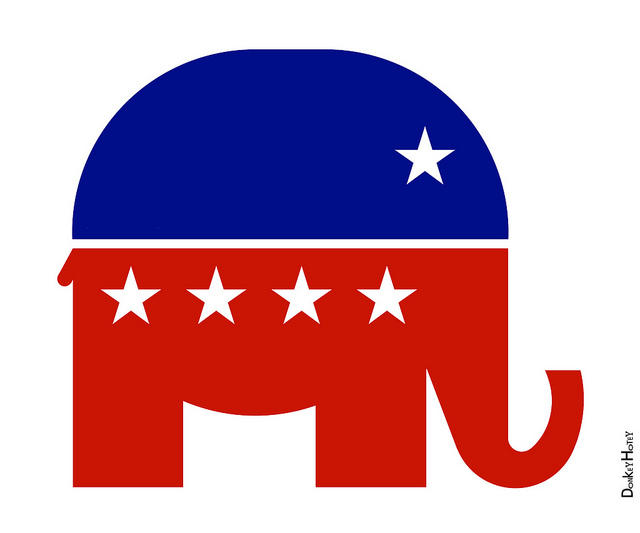 In regards to investigating supposed corruption of Joe Biden in Ukraine, I have detailed at length here why the corruption charges against Joe Biden have also been debunked and how Trump’s own former Homeland Security Advisor informed Trump of this.

Trump’s claim that he was concerned about corruption in Ukraine demonstrates that he was perpetuating long-debunked conspiracy theory and that he refused to listen to his own chosen security experts who knew much more about these matters than he did.

This particular situation suggests that in asking Ukraine to investigate these matters, the President acting from selfishness, a lack of critical thinking, stubbornness, or all three. This is unwise on his part. However, a president cannot be impeached merely for lack of wisdom. So the real question is whether there is any larger problem here–one that would actually warrant national concern and possible impeachment.

Is there Anything Ethically and Constitutionally Wrong with the President’s Actions?

One of the biggest concerns people have about the President’s actions is that by asking Zelenensky to investigate Biden, the President was involving another country unnecessarily in U.S. affairs and possibly U.S. elections.

Why would he do this?

If the President had a legitimate concern over corruption with either CrowdStrike or Joe Biden, he could have had an investigation carried out openly and publicly by any number of U.S. entities.

Instead of doing this, he tried to initiate an investigation through a semi-informal phone call, and he asked Zelensky to work with his personal lawyer Rudy Guliani and the President’s Attorney General, William Barr.

The call was apparently so unorthodox and troubling to top security advisors listening to it that one of the President’s lawyers, when he was informed of the call, immediately worked to move recordings of it to a highly secure server, even though this was abnormal protocol. (You can read more about this here.)

These actions have the appearance of subterfuge and deception. And while President Trump did release the transcript of the call and also publicly called on other countries like China to investigate Biden, he only did so after a whistle blower raised public concerns about the President’s actions.

It is understandable why the President’s request to Ukraine would be troubling to White House personnel, especially intelligence personnel. 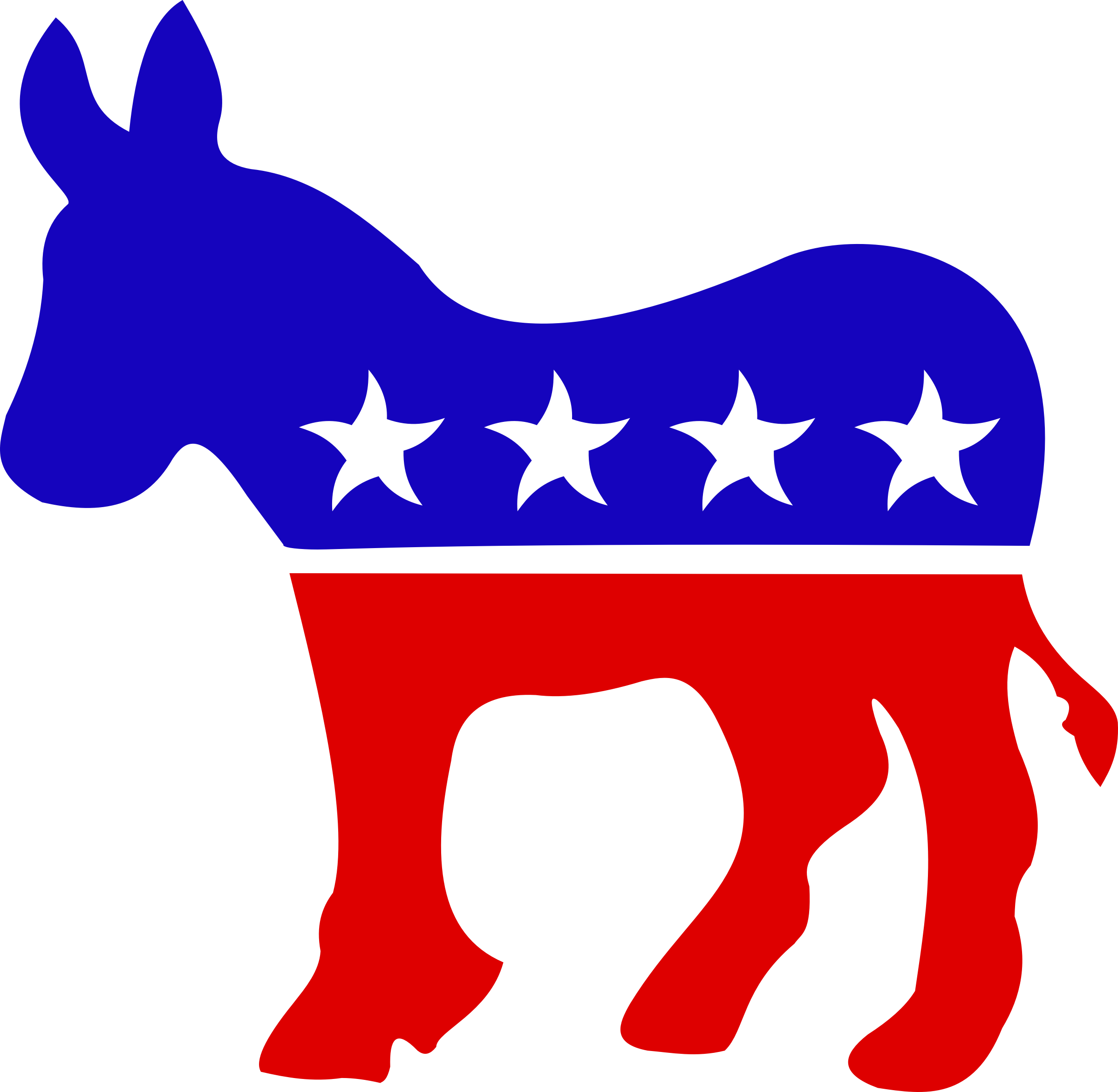 That the President appeared to be engaged in subterfuge suggests that he was not acting with our country’s best interest at heart. Rather, it appears he was using the office of president in an underhanded way to gain a personal election advantage by pressuring a foreign country to open a baseless investigation into a political rival.

This is unethical for three reasons.

First it disrupts the integrity of U.S. elections.

Accusations of impropriety can severely damage a person’s reputation and destroy job (and other) opportunities even if the accusations are completely baseless. This is why in the U.S., people can sue other people for libel and slander when their character is defamed without grounds.*

If Ukraine announced investigations into Joe Biden’s supposed corruption in Ukraine, this could knock Joe Biden out of the presidential race, not because Biden did anything wrong, or because he was a poor candidate, but because another country promulgated completely baseless accusations about him.

The situation becomes extremely problematic for the U.S. if President Trump encouraged such actions by tying U.S. aid to Ukraine doing this. (Unfortunately, the evidence increasingly suggests that the President did this very thing. You can read about this here.) This situation is also problematic because it appears that President Trump leveraged the office of president to serve his own personal interests at the expense of the U.S. people (You can read more about this here.)

A second ethical problem with the President’s actions is that it opens him up to foreign influence. The President’s phone call appeared morally dubious to a wide variety of people–Democratic, Republican, and non-partisan intelligence personnel. Ukraine was also certainly aware of the morally dubious nature of the President’s call and, as such, this created the opportunity for Ukraine or other countries who knew about the call to influence the President. You can read about a document signed by over three hundred U.S. non-partisan national security professionals expressing such concerns here.

What are the Objections to These Points?

Let’s say that the President’s motives were innocent.

Given the significant lack of evidence for any corruption with either CrowdStrike or Joe Biden; and given the appearance of subterfuge the President’s actions created; and given that his call potentially opened the U.S. to foreign influence and election interference; and given that the President acted against the strong counsel of his own chosen advisors–if the President did not act out of ill intent, it appears he acted out of ignorance, carelessness, and a reckless neglect of the duties and responsibilities of a President.

Such ignorance, carelessness, and neglect, coupled with an unwillingness to listen to experts on issues of such national import, seems to suggest either incompetence or significant moral failing. 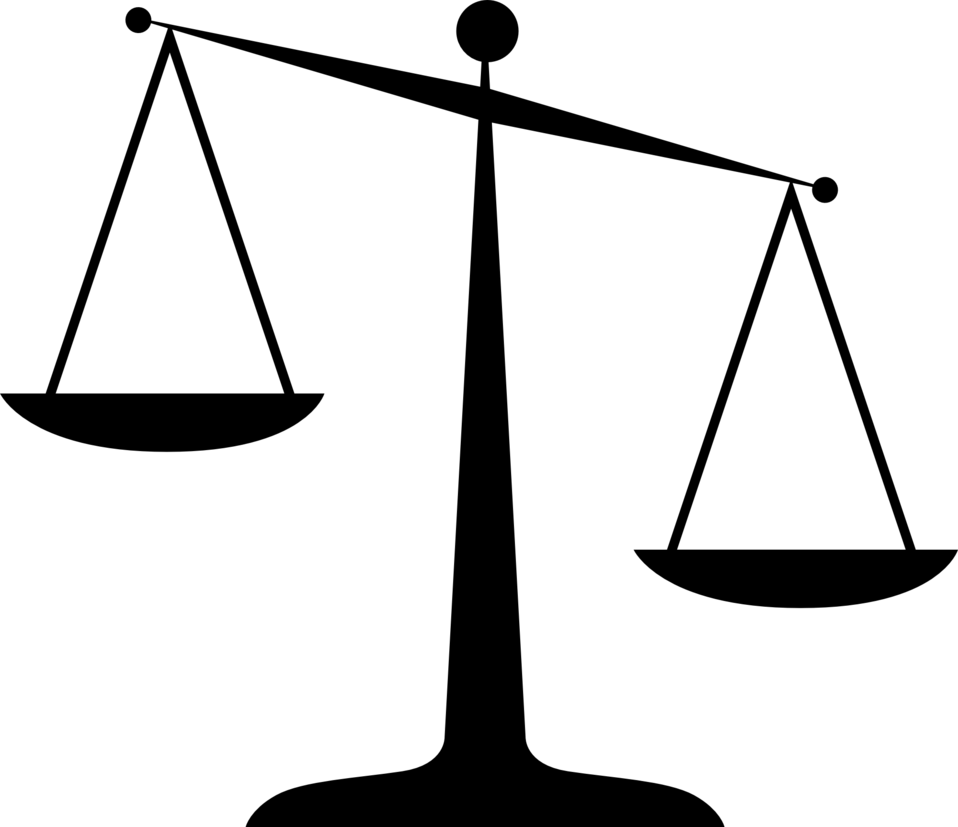 In the recent impeachment hearings, Jonathan Turley (George Washington University Law professor called by the Republicans to testify) argued that if the House of Representatives votes to impeach Trump, they are setting a dangerous precedent. (You can read about this here.)

It may be helpful to consider the precedent the House would set if they didn’t impeach the President.

*If you would like to read more about why the accusations of impropriety against the President are not baseless accusations, you might enjoy these posts:
A Presidential Impeachment Primer

Should the President Be Impeached? (An Examination of the Evidence)

Do the President’s Actions Constitute High Crimes and Misdemeanors? (What Would the Writers of the Constitution Say?)

3 thoughts on “About Trump, Ukraine, and Joe Biden”