I have a confession to make: At various times in my life, I have had bias and prejudice towards various people or groups. It took me a while to figure this out.

Bias and prejudice, generally speaking, aren’t funny, but I do have a funny story to tell about the day I first understood these concepts.

However, sometimes in my zeal for this cause, I formed strong opinions about songs and musicians based on very little research, evidence, or reasoning.

One day I was talking to a friend, and he said that he liked Pat Benatar’s song “Hell is for Children” (child of the 70s and 80s here). I knew nothing of this song; nor had I listened to it before. And I had no idea who Pat Benatar was. Certainly I had never read the lyrics of the song.

But, heavens to mercury, did that song title “Hell is for Children” send me on a little tirade. I remember lecturing my friend about how terrible the song was and how awful it was that this woman would write it. Apparently, just by hearing the title, I had decided that this woman was singing about sending children to hell. And I decided that it was my duty to censure her for her egregious lyrics.

I’ve always had a bit of Joan of Arc in me and am passionate about moral issues. (As, of course, you already know if you have been reading my blog for any length of time or have spent five minutes in the same room with me).

Unfortunately, in the case of Pat Benatar and her song, “Hell is for Children”, I literally did not know what the hell I was talking about.

Upon being lectured by me on the evils of Pat Benatar, my friend gently informed me that Pat Benatar’s song is all about child abuse and the hellish existence many children endure because of it. Needless to say, I felt very sheepish about my tirade once I was enlightened on the matter.

I will call this experience my “Pat Benatar Epiphany”, and this epiphany was the day I became acquainted with bias and prejudice. It was also the day I vividly understood that I could be infected with both of these thinking problems.

A bias is a natural inclination we have for or against something.

Biases are normal, but they are often based on very little research or reasoning. So, they especially become a problem when we have a strong, negative bias against something.

A prejudice is a strong dislike of someone or something which is based on little research and less reasoning.

As you can see, negative bias and prejudice are very similar.

Because humans have a strong desire to survive and protect ourselves, we also have a strong psychological tendency to identify people and things we believe are a threat to us in any way. This tendency is not bad in itself. If, however, we do not proactively work to identify our own negative biases and prejudices, it lead to problems like hasty generalizations and stereotypes; tribalism; racism; and oppression.

Although I became acquainted with bias and prejudice on the day of my Pat Benatar Epiphany, it still took me a while to develop a good heuristic for detecting my own biases and prejudices. I still work on this regularly even now.

Here are several thinking practices that help me discover my own biases and prejudices. Maybe you will find them helpful, too.

One: Be willing to consider you may be wrong.

I like to hold a general attitude of skepticism towards my own beliefs. Generally I am willing to believe that I could be wrong about almost anything. Now, of course, there are some beliefs that I am almost certain are right. (I’m pretty sure we are not living in a giant computer simulation, for example. And I am also pretty sure the Universe adores both you and me.)

But I find that when I hold a general attitude of skepticism toward my viewpoints, I have less ego wrapped up in proving myself right. This makes it easier for me to see past my own tomfoolery and detect bias and prejudice.

Two: Make truth, and not proving you are right, your goal.

There is a wonderful biblical saying you probably are aware of: “The truth will set you free.”[1] I really believe that pursuing the truth, rather than proving I am right, is my goal. It seems some biblical writers also believe this.

When I make truth my goal, I become much more open to investigating both sides of an issue and listening to all sorts of evidence. I even investigate evidence that potentially calls into question my viewpoints.

This leads me closer to the truth, and everyone wins. 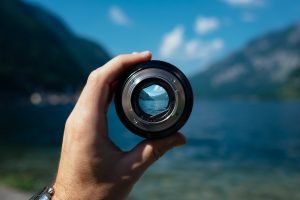 Three: There are no enemies—only people searching for safety, meaning, and love wisely or unwisely.

When I encounter people who think differently than I do, I make an effort consistently to realize that they are just like me in at least three basic ways. They want to find safety, meaning, and love. I do, too. We hold the beliefs we do because we all want these things. Therefore, people who disagree with me are not my enemies. They are people like me searching for the same things I am searching for.

It just means that I don’t have to make matters worse in the process of addressing problems of immorality and injustice. I can seek common ground and compassion, even in the midst of disagreement.

Four: Be able to state what you believe without insulting others.

It is right to feel passionate about what you believe. However, if you cannot make arguments without using insults, mockery, and degrading language towards others who disagree with you, it is very likely that you are speaking out of fear. For instance, you might fear of having to change your mind. Or you might fear of finding out that some things you thought about life are not true, which can be disorienting.

And I really sympathize with feelings of disorientation. I’m a philosopher, and studying philosophy constantly disorients me. It constantly forces me to examine my own biases and prejudices.

If you are stuck in fear-driven thinking, you will likely avoid listening to people who challenge anything you say. And you will likely surround yourself with people who think like you do. This further entrenches you in bias and prejudice.

Therefore, one of the best things you can do to overcome bias and prejudice is to read a wide variety of sources and ideas on topics about which you care a great deal. When you do this, you are better able to realize that people who think differently than you do are not your enemies but are people like you. You decrease your fear-driven thinking, and you are better able to search for the truth, rather than searching for ideas the just reconfirm your bias and prejudice.

It’s hard, and it’s worth it to overcome bias and prejudice. You can do it.

This post is for you, Pat Benatar. You’re cool.

How Can We Escape Our Own Prejudice?