Since President Trump first began his campaign for president, even before he was elected, many people, both Republicans and Democrats, raised concerns about Trump’s seeming lack of moral principles. And people have continued to raise this concern all throughout his presidency. (I wrote a post myself about it here.)

Some people have countered such concerns by suggesting that they are glad Trump is amoral, or that maybe we need a president who isn’t too scrupulous about morality. The implication in these cases is usually that President Trump, because he isn’t very worried about morals, can get stuff done that other presidents who felt bound by moral principles might not be able to accomplish.

I am an ethicist and ethics professor, and this suggestion greatly troubles me, but I actually do understand why people say things like this. Political decision-making is a process fraught with ambiguity and tension. The president, as well as other politicians, must make decisions every day which have profound repercussions on people’s lives, and there are times when it is impossible to make a decision that does not hurt someone in some way.

The Ambiguity of Politics

One very clear example of this was the U.S. decision to drop the atomic bombs on Hiroshima and Nagasaki, an act which ended World War II. This was an agonizing political decision, given that dropping the bombs killed thousands of innocent Japanese civilians. On the other hand, had the U.S. not done this, Japan and other Axis powers may have continued the war indefinitely, which would have resulted in the further loss of thousands of civilian and military lives. 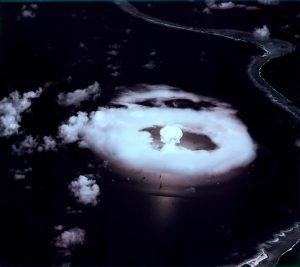 Photo by Science in HD, courtesy of Unsplash

My point here is not to try to prove that dropping the atomic bomb was a moral decision or the best decision (because that is certainly debatable). My point is to note that the tragic and catastrophic nature of World War II required politicians all along the way to make decisions, many of them necessary, that had extremely painful repercussions on various people.

That politicians have to develop a type of emotional toughness is what leads people, I believe, to argue sometimes that we need amoral presidents (or presidents who don’t have too many moral scruples) so that they can get the job done.

The Problem with This

But although I understand why people say this, this line of reasoning very quickly runs into problems.

For example, let’s say that you elect a president because you think he is not too troubled by moral principles, and so he will be able to get the job done. 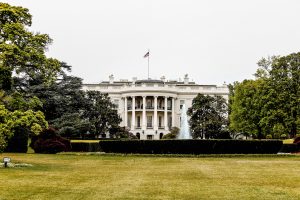 And then let’s say that this president decides that he wants to raze your entire neighborhood in order build a stadium he is jazzed about.

As a result, you and your family will be forced out of your house—and you don’t have a choice in the matter. And the president is going to compensate you and other people in your neighborhood for being forced out of their houses, but the compensation is less than half of what your house is actually worth.

Now you may say, “Well, wait a minute. No president is going to do that because it’s illegal.”

Rather, they are ruled by forces like emotions, passions, impulse, bribery from other people, fear of losing their power, favoritism, self-aggrandizement, etc.

Because of this, an amoral person or president doesn’t have any scruples about breaking the law or hurting you because those concerns are in the realm of morality, a realm which doesn’t interest him.

But Is It Likely?

Of course, some people would argue that no president is going to run people out of their house in the way I have described above.

This is partially true in that the more power and money you have, the less likely you are to have something like this happens to you. However, something like it happens to people living in poorer neighborhoods all the time, which you can read about here.

But the point right now is not whether an amoral president is going to force you out of your house. The point is that an amoral president doesn’t actually care about you or anyone else. He may only seems to care because your interests happen to align temporarily.

And that means that if it benefited an amoral president to hurt you, your family, or the country, he wouldn’t hesitate to do so if he knew he could get away with it. He lacks any emotional or rational tools that would enable him to put your well-being or the well-being of the country above his own immediate self-interest.

But What if the Amoral President is On My Side?

Some people may argue that they are fine with amoral presidents, as long as the amoral president is on their side and is the leader of their own political party. This reasoning is problematic for two reasons.

But second, when you support amoral presidents in your own party, you greatly encourage the likelihood that an amoral politician from the opposing political party will become president. (Unfortunately, some people live by the maxim, “When they go low, we’ll show them and go even lower.”) And if you support amorality in a president from your own party you aren’t going to have any traction when you object to the amorality of a president in another party.

A Race to the Bottom

And I would like to point out that if we get into the habit of electing amoral presidents, we enter our country into a race to the bottom, which is a race nobody wins.

If you are moral and a president from another party is moral, you all likely have the same end goals, but you conceive of different ways of reaching them. A moral president is open to moral persuasion which means that he will listen to moral reasons for why he should change his mind and adopt a different course of action that leads to the common good. 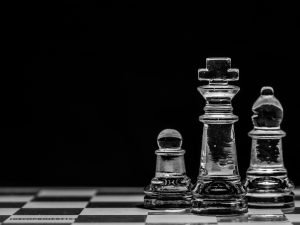 An amoral president, on the other hand, is generally not open to any kind of reasoning that counteracts his self-serving motivations. Because of this, when people try to urge him to work for the common good, especially if it involves changing his ways, he will refuse to take responsibility; he will blame other people; he will ignore the problem; and he will likely try to discredit or destroy or fire people who persist in trying to make him do better.

But What about Political Ambiguity?

And if we think back to the problem of difficult decisions in politics, we can now see why a moral president is better suited to solve these problems.

A moral president is someone who has courage to make hard decisions; to work for the common good; to minimize the damage that comes from difficult decisions as much as possible; and to take responsibility for the aftermath of these decision.

An amoral president does none of these things because these goals are of no importance to him, and, therefore, he brings chaos to difficult situations and often increases suffering in the midst of them because he cares neither about the common good nor about minimizing pain and taking responsibility.

Politics is the management of the common good, and there is no doubt that politics is a hard job. Let’s not make it harder by electing or reelecting someone who doesn’t care about the common good.

On the Saying, “God Sometimes Uses Wicked Rulers to Accomplish His Purpose”

On the Saying, “The World is Just Going to Get Worse Until Jesus Returns, and So There is Nothing We Can Do To Make It Better’