First, I am highly qualified to write this post because I am a recovering idiot (I will define what I mean by idiot very shortly), and I still lapse back into it occasionally. 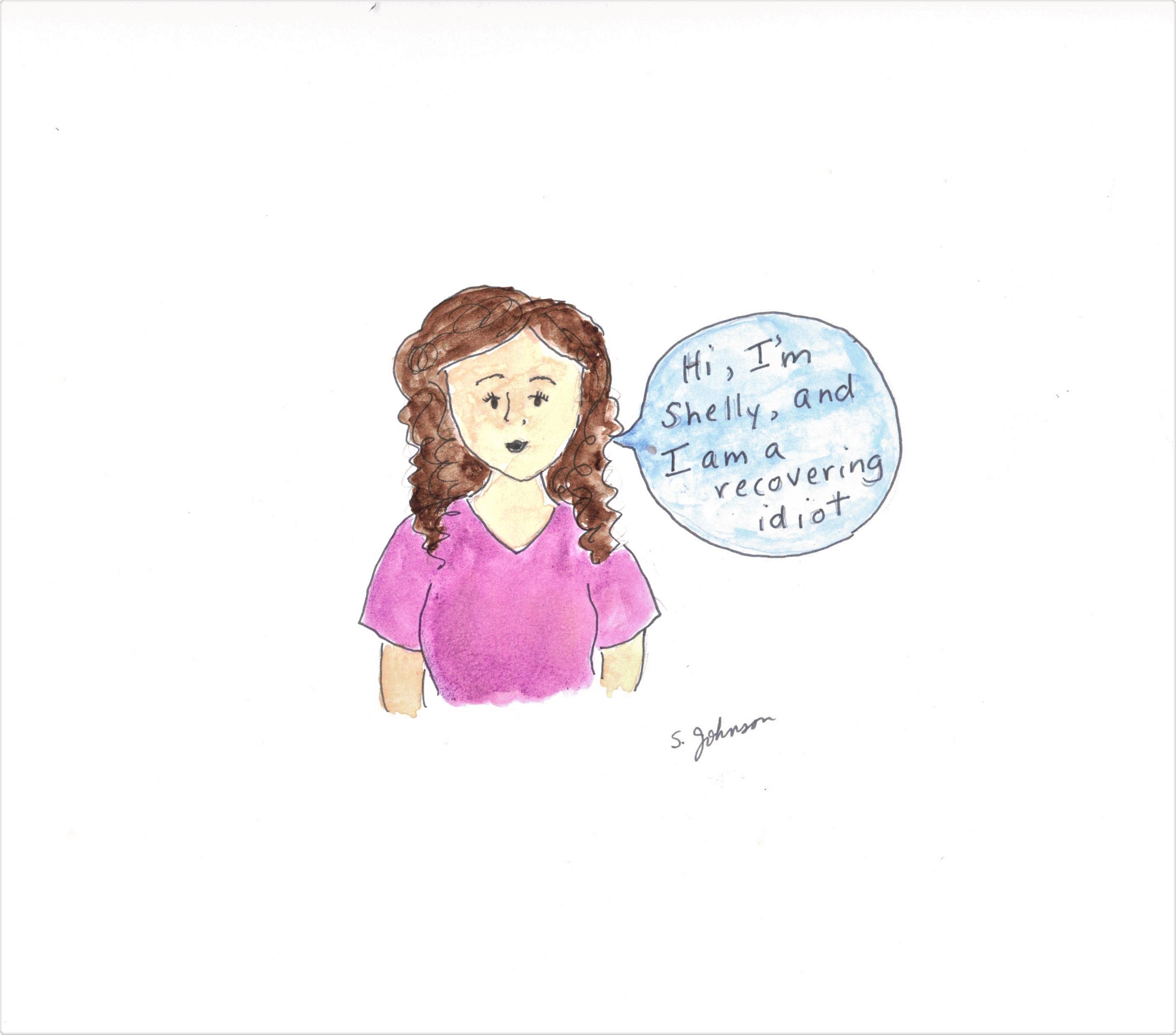 And any type of person can stop being an idiot. Being or not being an idiot is not about who you are. It is, rather, about the way you orient yourself towards the world and others.

What is an Idiot?

Our word idiot derives from the Greek word idios (ἴδιος), which denotes the meaning “private” or “one’s own”. 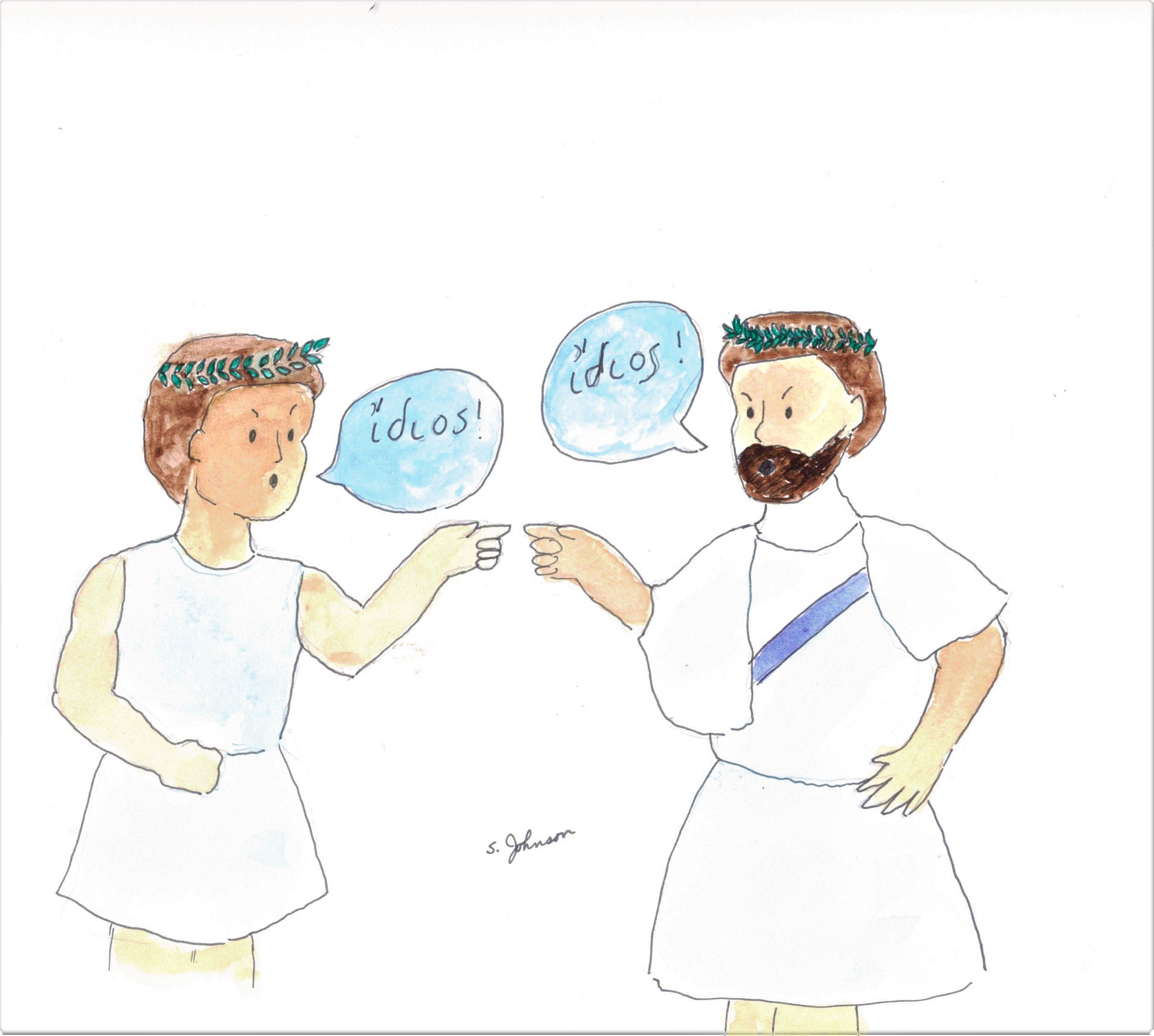 Some people take this notion of “private” or “one’s one” and define an idiot as someone who is uneducated and only has their own private view of a matter. This is opposed to someone who has a more public or socially educated view.

I don’t like this definition. It suggests that how much education someone has determines whether or not he or she is an idiot.

But I have known educated people who acted in an idiotic manner, as well as folks with very little education who acted in a wise manner. So, I don’t take it that idiocy is related necessarily to one’s education level.

I do think, however, that the etymological notion of private or one’s own can help us understand what an idiot is. A good definition for an idiot is someone who insists that people accept his private views on various matters.

And such a person often insists that people accept their views immediately. An idiot’s private view might be right or wrong. The problem does not lie in the rightness or wrongness of the view. Rather, it lies in how he handles his views and other people. 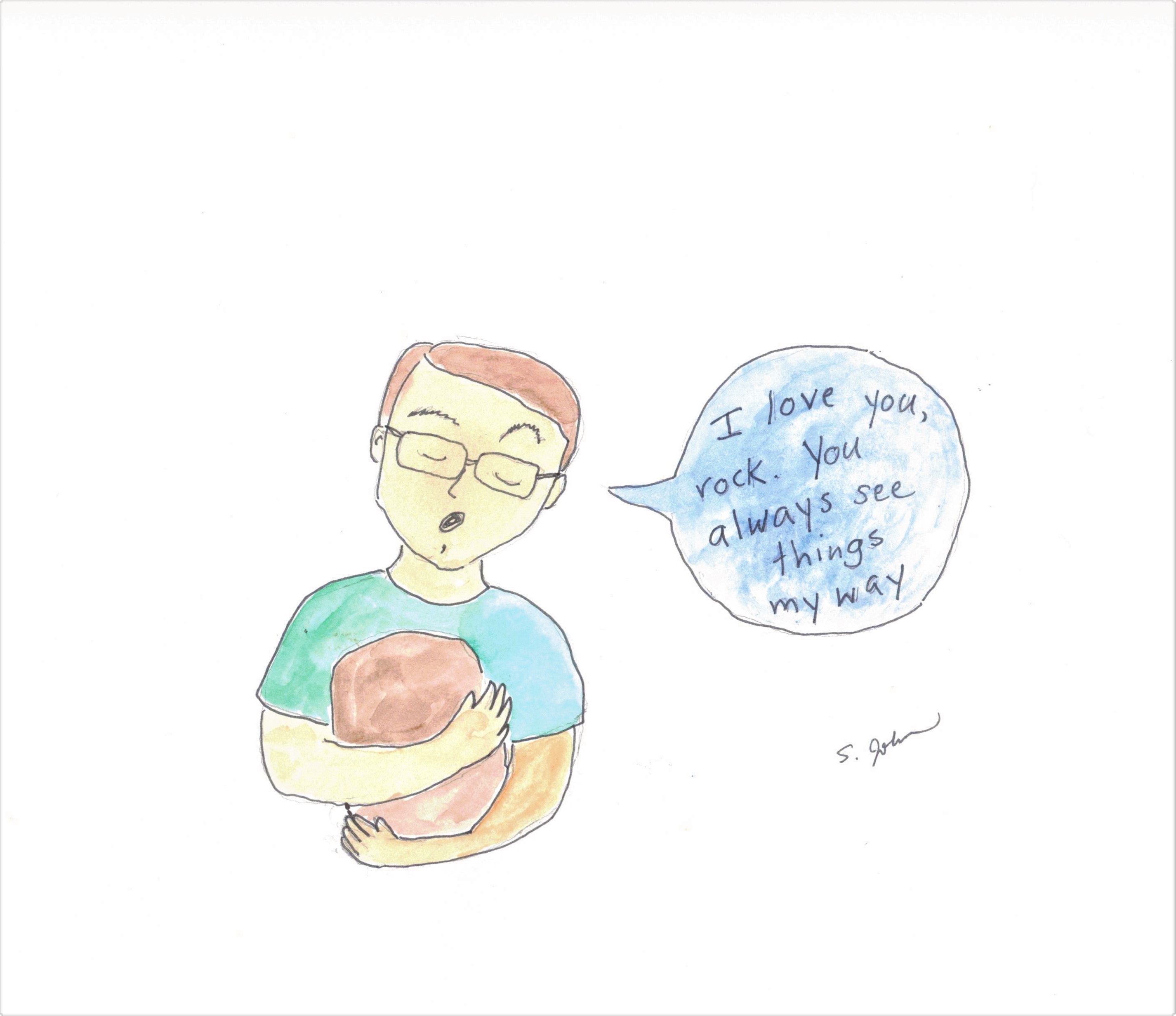 My friend, Sean, suggested that idiocy might be a type of idolatry. In this idolatry,  we make an idol out of our own private view and then worship it. This is a very helpful thought for me, and I think there is much wisdom in this idea.

Our Views, Our World

To be clear, it is normal to hold our own private views of the world. Everyone does. It is also completely normal to wish that people would understand and accept our private views. Once again, almost everyone does this.

We believe the things we do because we think they are true. And we want other people to believe things that are true, too. The problem occurs when we ignore other people’s private views, and we treat them as though we can just superimpose our private beliefs on their mind.

This is idiocy because this is not how human beings work.

Humans are not empty-minded, just waiting to have someone else’s view of the world imposed upon them. Every moment of our lives, we are observing and interacting with the world and constructing our own private view of it.

All of our private views are unique to us. And we construct them in response to the unique experiences we encounter in life and how we make sense of them. Private views may be simple or complex. And they might be right, wrong, or (what is more likely) partially right and partially wrong. 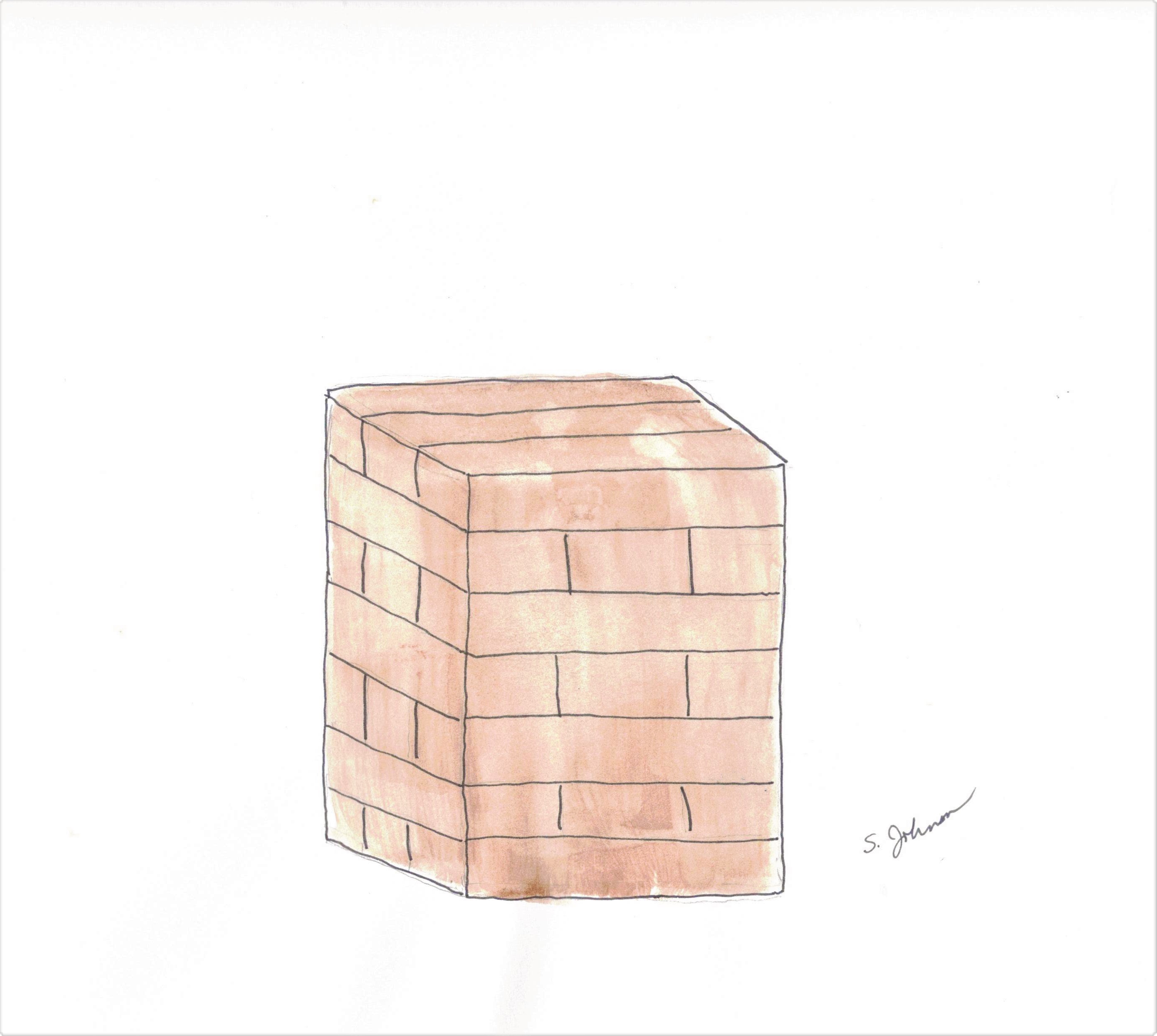 A private view is a belief structure made of individual beliefs connected to, or stacked on top of, one another. And all the beliefs form a nice, solid, stable structure. Every person in the world wants to feel and be safe, good, and effective. So we construct private views that we believe help us to achieve these goals.

Even babies in the womb start constructing private views about what it means to be safe and feel good. When our belief structure makes us feel safe, good, and effective, we accept and embrace it. 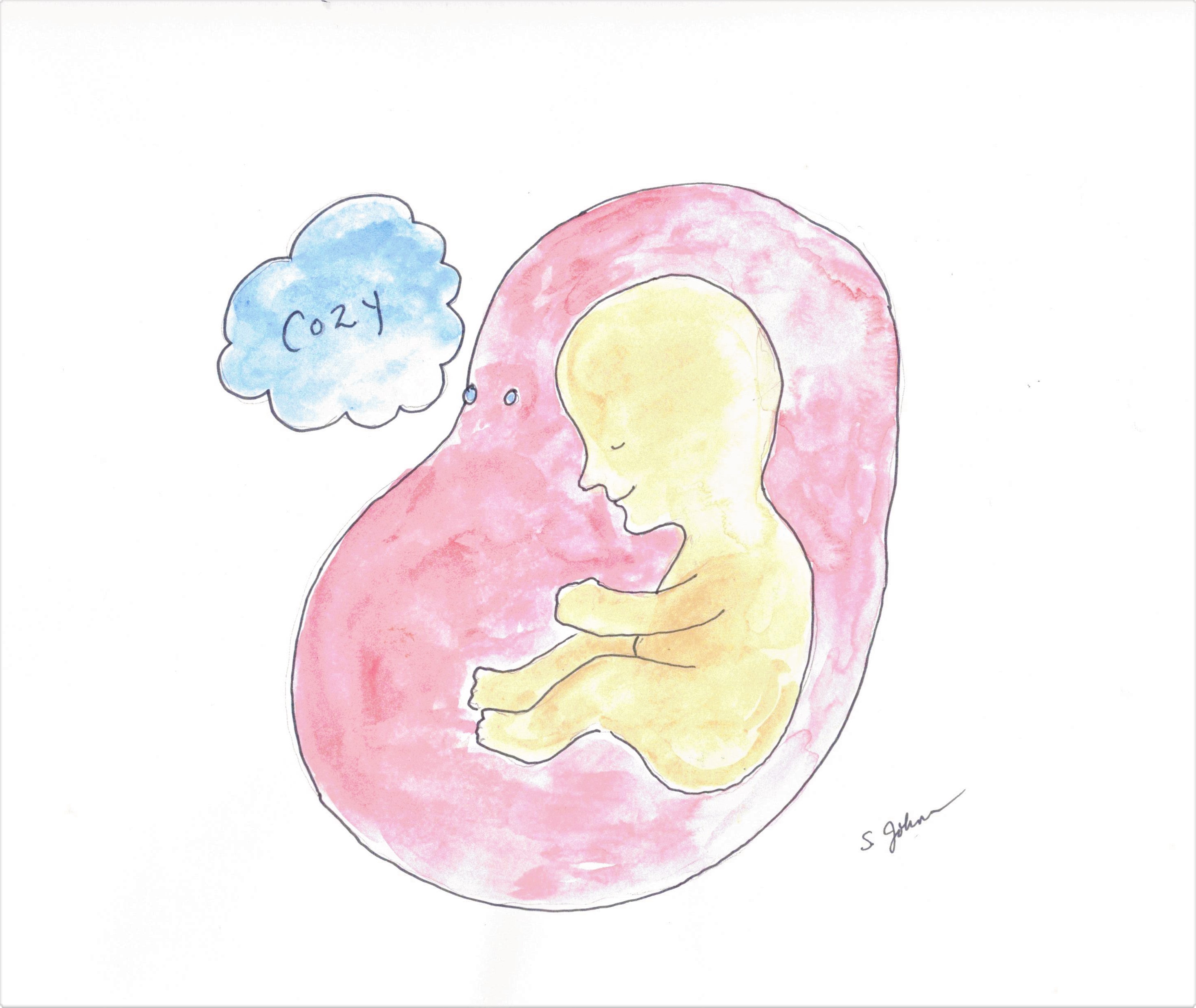 Let us relate this back to Jenga games. With Jenga games, you can take out a few Jenga pieces at a time and replace old pieces with new ones. What you cannot do is remove too many pieces at once and expect the Jenga structure to remain stable.

If you remove too many pieces, the structure crashes. 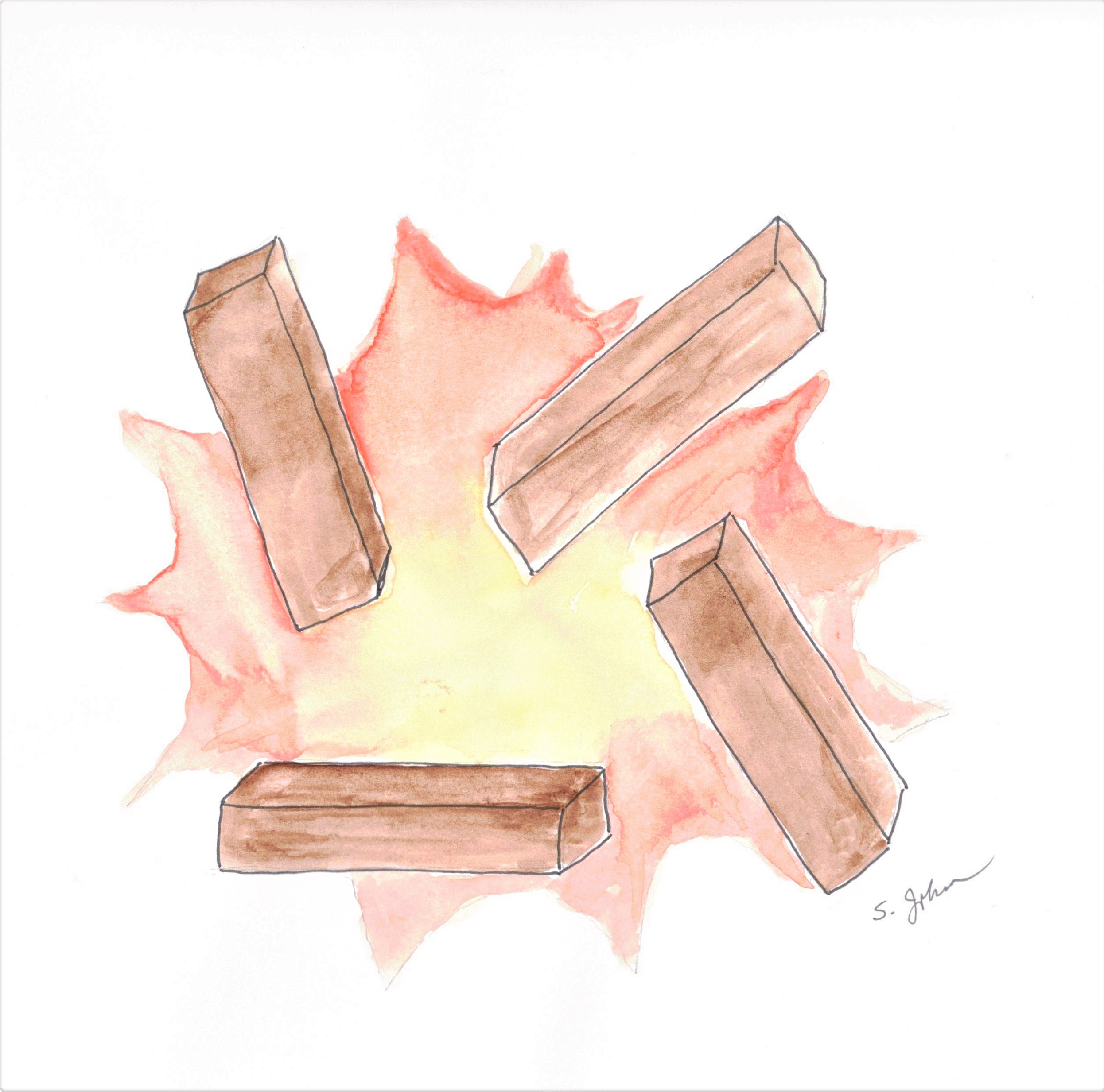 When we do this with one or two beliefs at a time, it is relatively painless.

When too many of our beliefs in our private view are removed at once, such as in a spiritual or life crisis, our belief structure comes crashing down. And this causes a great deal of emotional and mental anguish.

When we demand people do this sort of thing, we are not really treating them like people who actively construct their own meaningful belief systems. Rather, we treat them more like containers or like rocks.

When we act like idiots, we act as though people are passive and empty containers. And we act like we hold pitchers, ready to fill them with our knowledge. 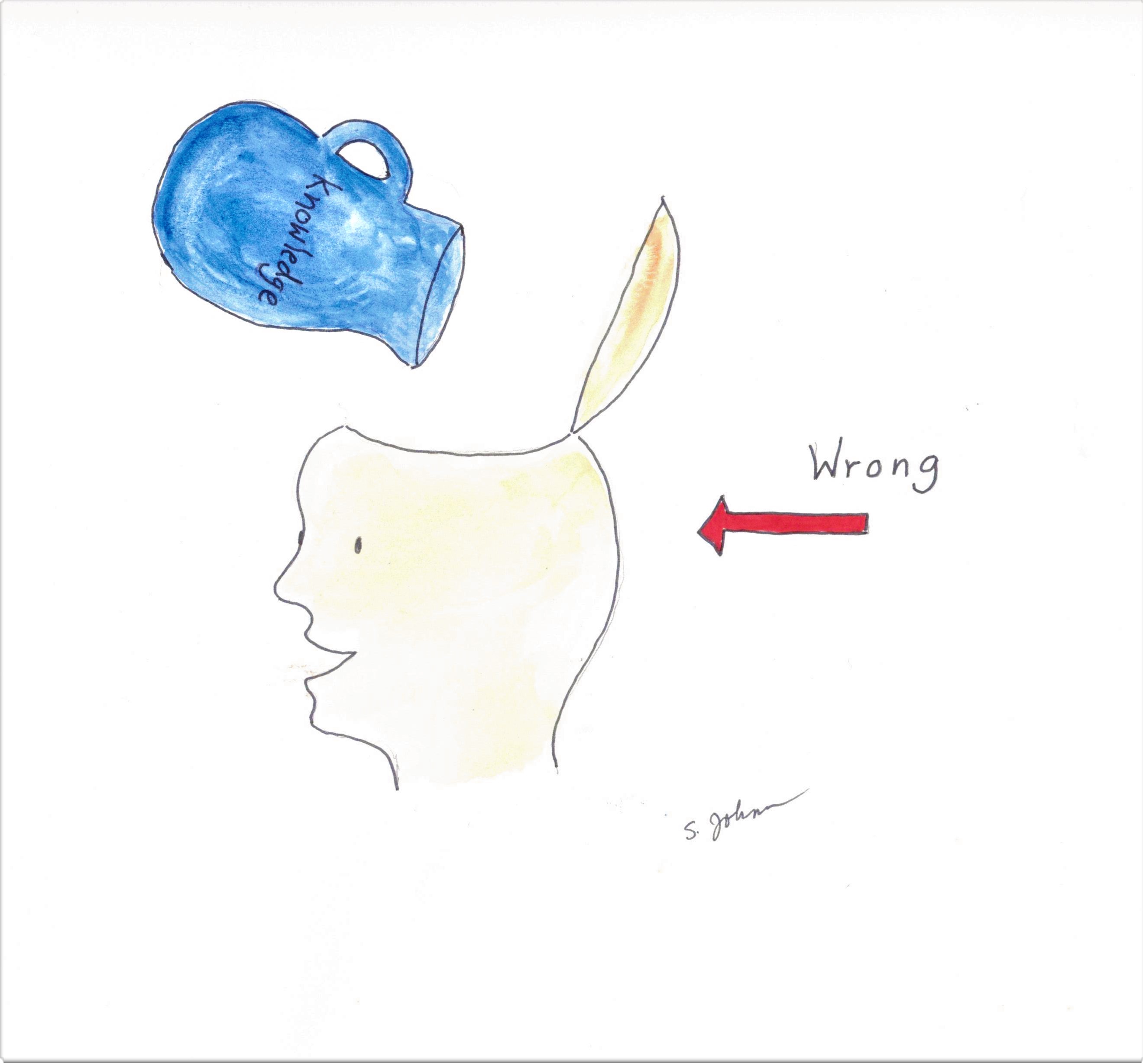 When we act like idiots, we act as though people are rocks whom we can manipulate to believe what we think is right.

Rocks do not have private views or knowledge structures because they are dead, inert matter. But people are not dead matter. They are living beings who interact with their own views, which they have constructed for reasons meaningful to them.  (And it is certainly true that some of those beliefs may be wrong in the end.)

It is a grave injustice, and it is ultimately stupid, to treat people like rocks.

I think very few of us want to behave like idiots and treat people like containers or rocks. When we act like idiots—trying to force our private views on other people—we usually do it for good reasons.

For instance, we believe our private views. And we believe they make us and the world more safe, good, and effective. 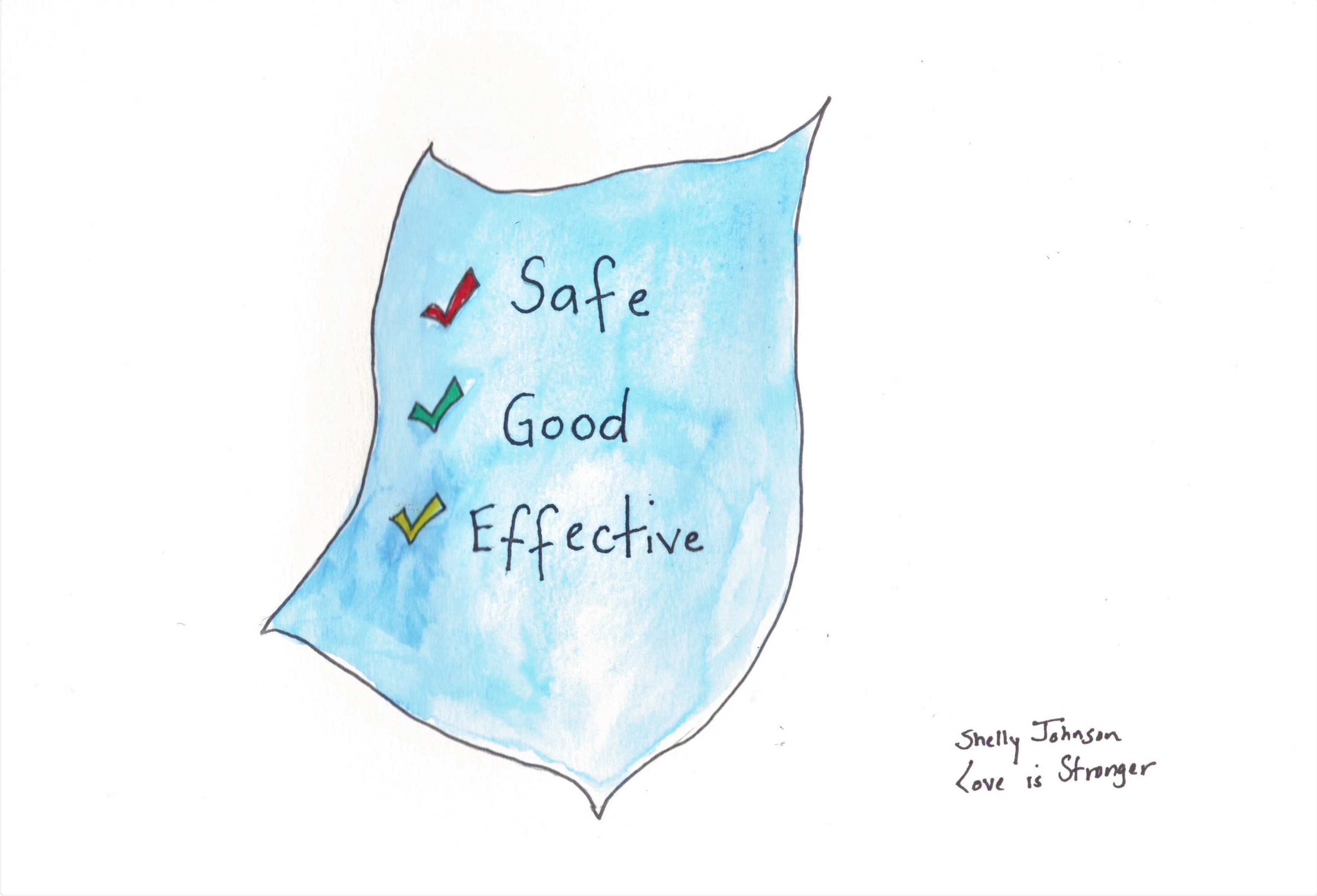 So, we want others to accept our views because we want the world to be safe, good, and effective. This is a noble motivation. But it can still lead us to act like an idiot if we are not mindful of our potential to do this:

How Not To Be an Idiot in Five Easy Steps

So, here is how not to be an idiot in five easy steps:

One: Realize that all of us have a private view. Honor people as people and do not treat them as containers or rocks. 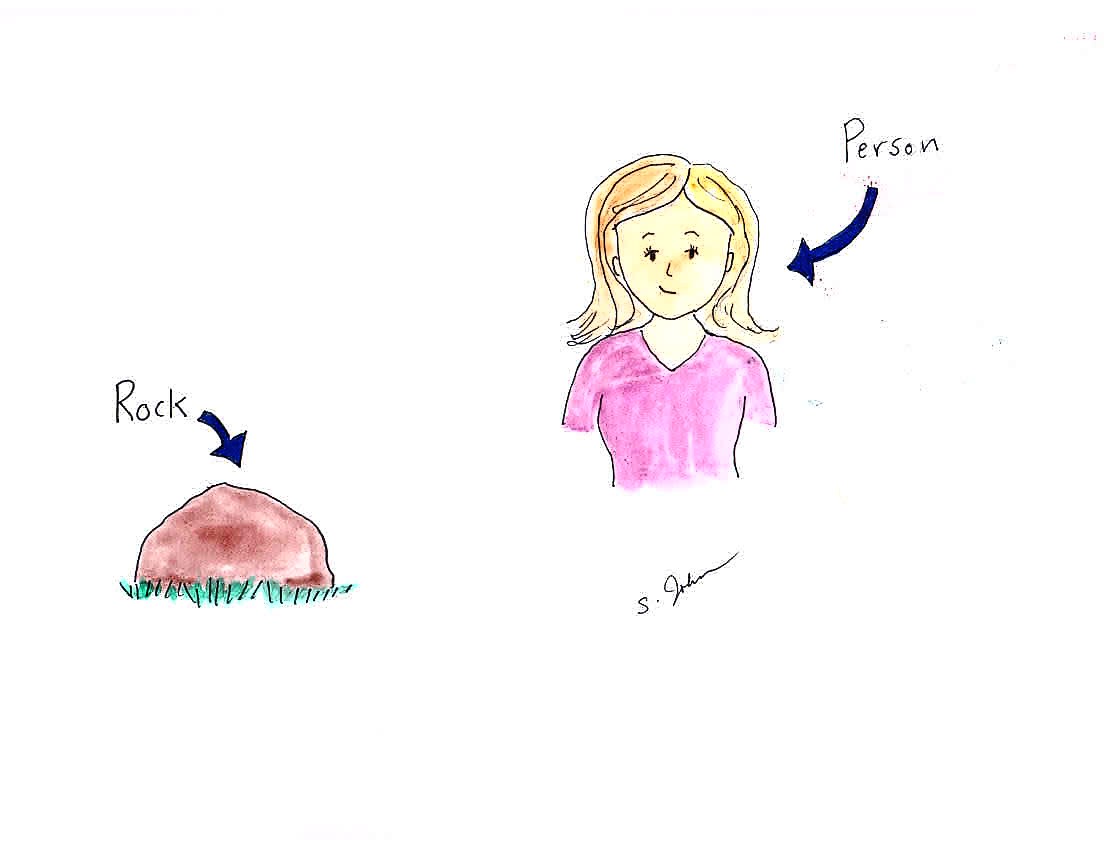 Two: Realize that everyone’s belief structure, including your own, has right and wrong parts in it.

No one is God, and that means that no one’s belief structure is 100% accurate. We do not have to be ashamed of this. Holding some incorrect beliefs is part of being human.

Four: Do not try to force people to accept your private view of the world. When you do this, you might be trying to make their belief structure crash to the ground. And this is wrong. It is an act of violence, no matter how noble your intentions are.

Five: Focus instead on understanding people’s private views. And work together to understand better how to create a world in which everyone feels safe, good, and effective.

When we do this, we can build meaningful belief structures together and join our private views together effectively into a public view. And when we do this, it is like we are building a communal Jenga structure.

I should note that sometimes people’s private views cause them to do violent, evil, and reprehensible things. These actions are usually the ultimate forms of idiocy. For example, murders, terrorists, and people who perpetrate genocide are the ultimate example of people trying to force their private views onto other people.

It is possible, however, to act justly without responding to idiocy with more idiocy. One of the best ways to do this is to remember that even when people do evil things, they are doing it because they believe that what they are doing is somehow safe, good, or effective, or will help them achieve these goals.

We can act justly, and even punish people, while still considering how we can create a space where people can reexamine their belief structures. This is an act of love. 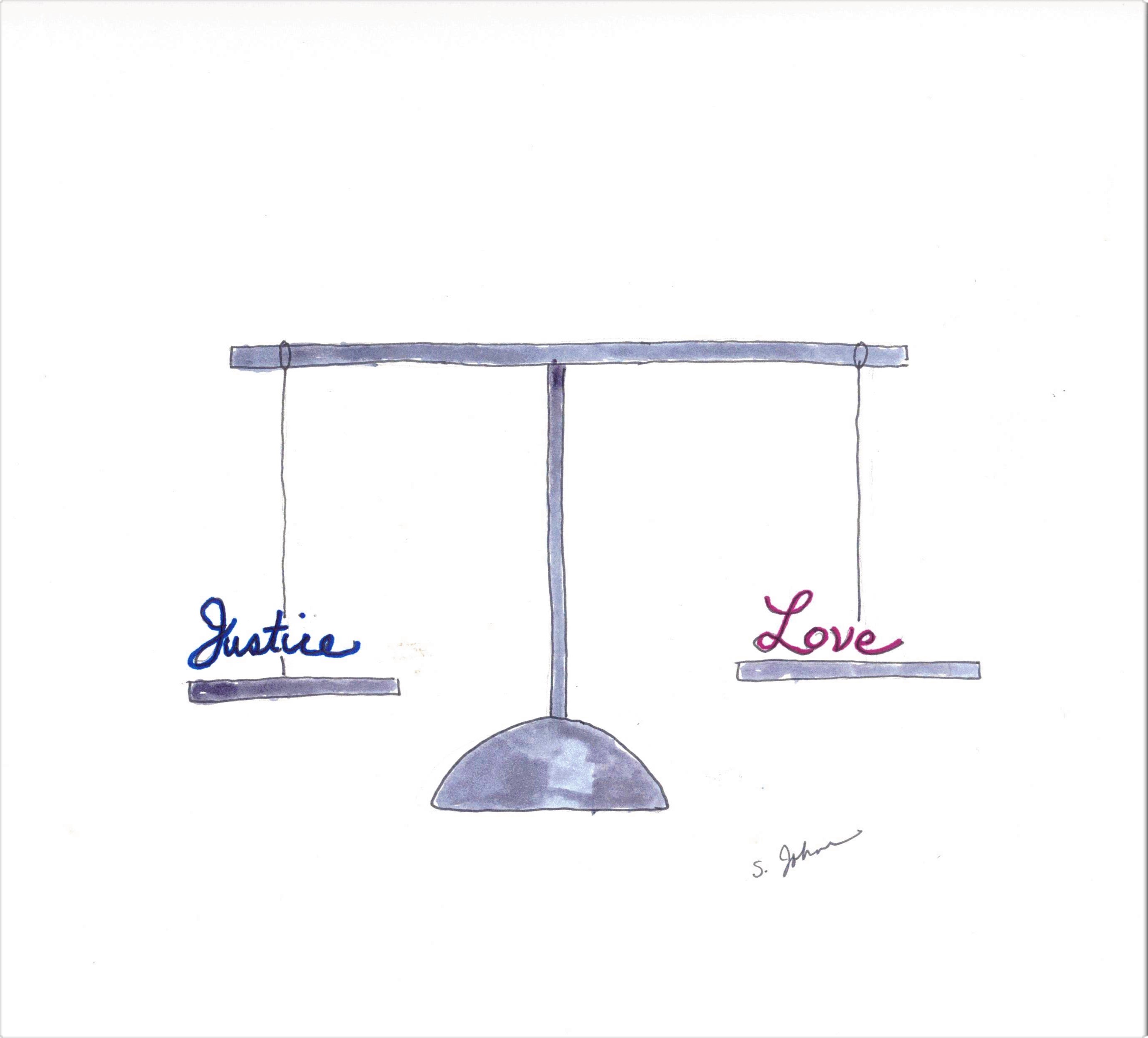 If we realize we have been acting like idiots, we can always change. We can stop being idiots, and we can start being human together.