And, believe it or not, whether you are a runner or not, I think Playful Running has a lot to do with you and with everyone.

To explain all this, I need to first distinguish between Ego-Based Running and Playful Running.

For most of my life, I was very familiar with Ego-Based Running. People who engage in Ego-Based running use running primarily to . . .

Prove they are worthy in some way.

Whip themselves into shape.

Be better than other people.

Punish themselves for eating too much.

Discipline themselves for being bigger than they think they should be.

And by the way, the reason I am familiar with Ego-Based Running is because I have engaged in Ego-Based running before.

I have used running in the past for many of the above reasons, as well as other unhelpful reasons. And I have found that the more I engage in Ego-Based Running, the less I want to do it. Because ultimately, Ego-Based Running is a punishment we wield against ourselves and others.

Or it is a way that we try to prove the worth that we already have inside of us. And whenever we feel like we must prove our worth, we feel estranged from ourselves. This makes us want to stop doing any activity we use to prove our worth, including running.

But there is another type of running. It is Playful Running, which I invented (or really rediscovered) today (but really over the course of the last six or seven years). And believe it or not, Playful Running has a lot of benefits for you, even if you don’t like to run and never run. 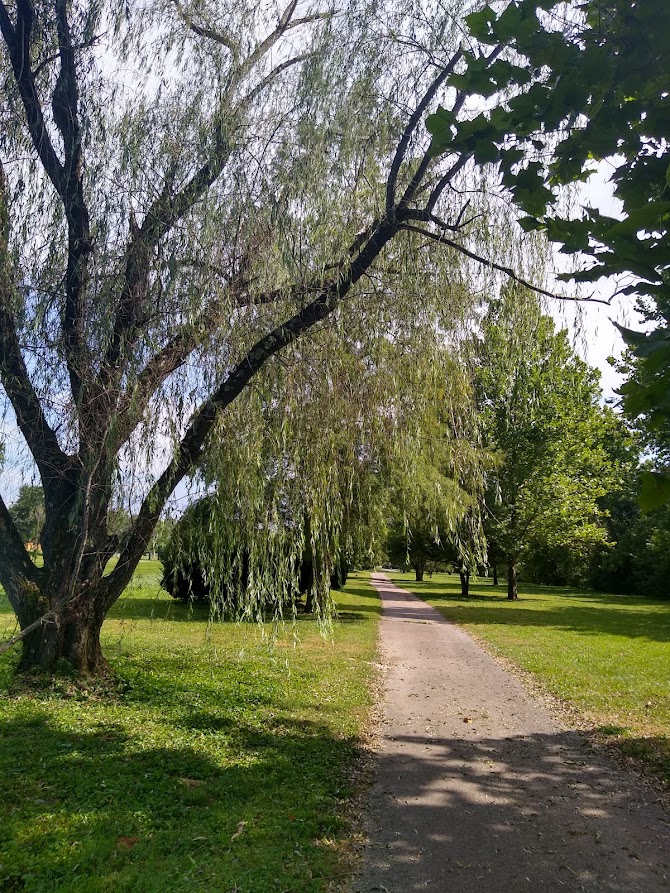 Here’s one of the parks I run/walk at. I love the weeping willow tree.

When we engage in Playful Running, we use running to . . .

Be present with ourselves.

Pray (if we feel comfortable praying).

Enjoy the feeling of our heart beating faster.

Feel what it’s like to move in a way different from walking.

Experience what it’s like to shift between moving slower and faster.

Playful Running has no goal rather than enjoyment of the process. And with Playful Running, you are always a success because you get to decide how fast, how far, and how often you run. And even if you decide not to run at all, you are still engaging in Playful Running.

Playful Running, the Half- Block Run, and the Two-Mile Run

I began developing Playful Running about six or seven years ago when I started playing a game I called the Half-Block Run. I have wanted to run for a long time. But running has also historically stressed me out.

I wrote a post about this last week:
How I Accidentally Became a Runner

To overcome my running stress, I decided to go out every day and run a half a block because that was a distance that didn’t stress me out. I did this for about a month, and I really enjoyed my runs.

And that has been my MO for the last three or four years. Until last week.

Lastly week I suddenly felt like I wanted to try running a mile. If I couldn’t that was fine, but I wanted to see if I could. And I did.

Two days later, I was teaching an independent study course on Forest Philosophy at our local park. It was a beautiful day, and I felt inspired. So, after my student had left, I ran a mile around the park trail. I ran slowly, and I was wearing a blouse and a skort. But it felt great. 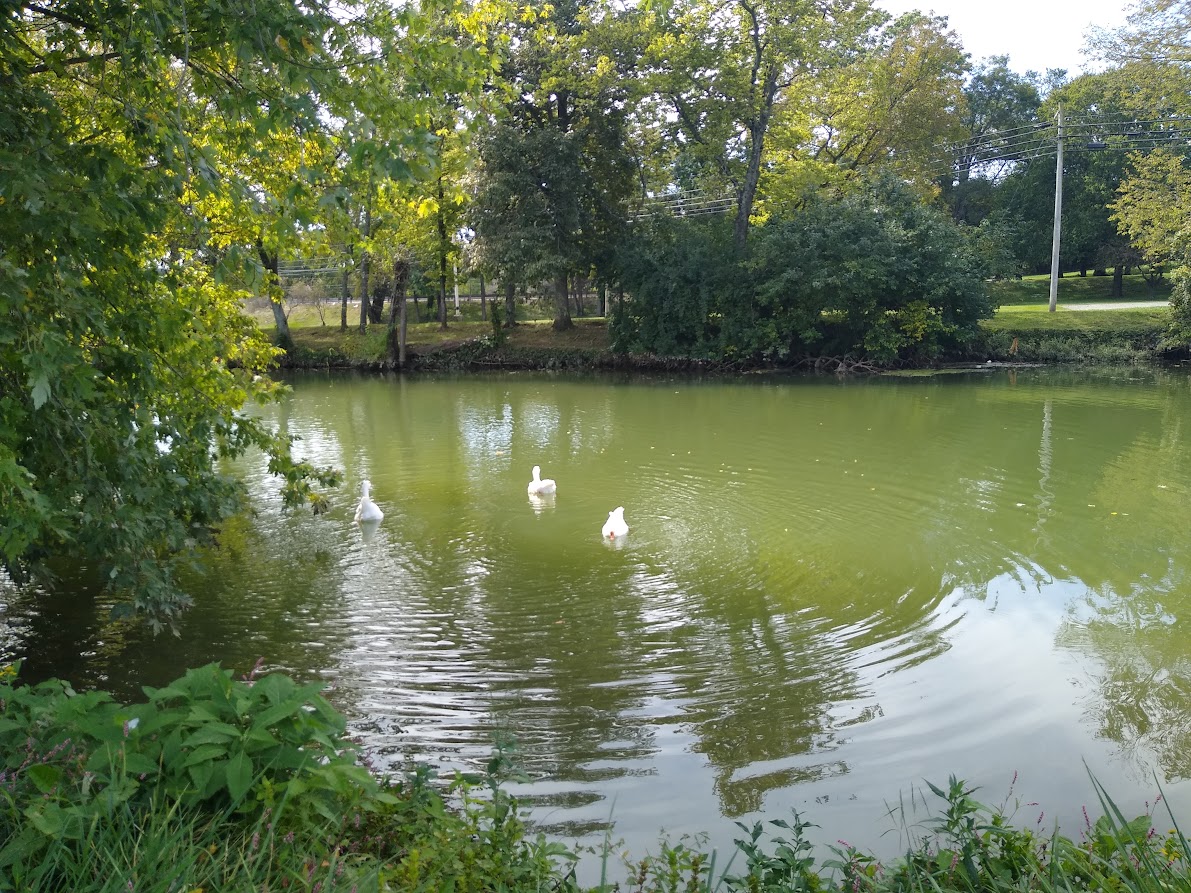 We had our class on the bank of a river. Here are some guest lecturers that visited our class.

Two days later, I ran a mile again. And I thought to myself, “It feels like I could run further than this.”

So this morning, I went running, and I thought, “I’ll just see how far I can run while still relaxing and having fun.” And before I knew it, I had run two miles.

I have only run two miles once or twice before—about twenty years ago. And even though I was younger then, it felt really stressful.

But today it felt relaxing and joyful. Because Playful Running is a liberating endeavor.

How Playful Running Relates to Everyone

And Playful Running relates to everyone because, ultimately, it isn’t about running. It’s about how we approach any activity.

We can approach any activity in life in an ego-based way or a playful way. Guess which way brings more joy and magic to ourselves and the world? 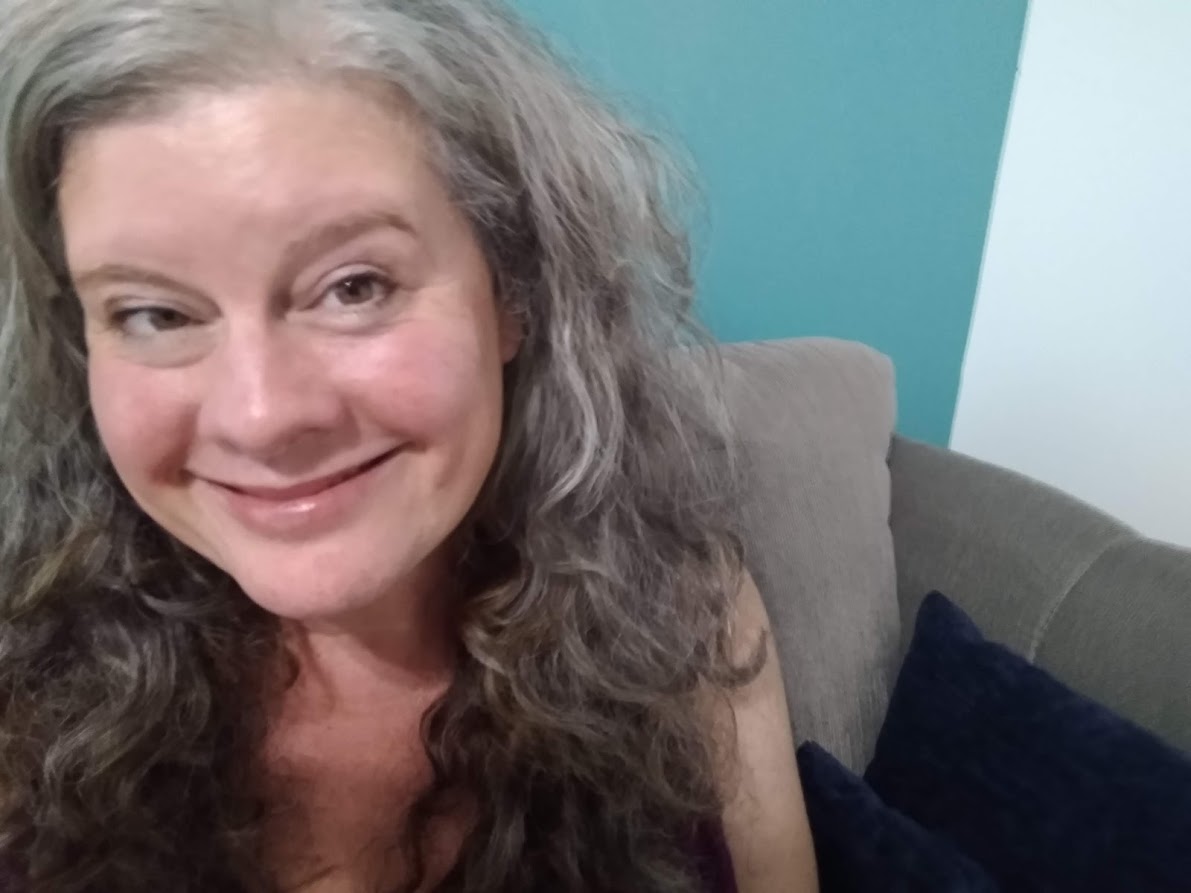 This is me after running, feeling happy.

5 thoughts on “Playful Running: For Runners and Non-Runners”