Most folks know by now that the Democrats in the U.S. recently launched an impeachment inquiry pertaining to President Trump’s recent phone call with the Ukranian president Volodymry Zelenskey. You can read more about impeachment in general and the current proceedings in particular here.

Emotions are understandably riding high right now, and during times like this, it is common for people to make arguments based more on impulse, prejudice, and fear rather than clear moral reasoning. I am doing my best to think morally and reasonably about this issue, and to that end, I wrote this post to clarify a few things for myself and for anyone else it might help. 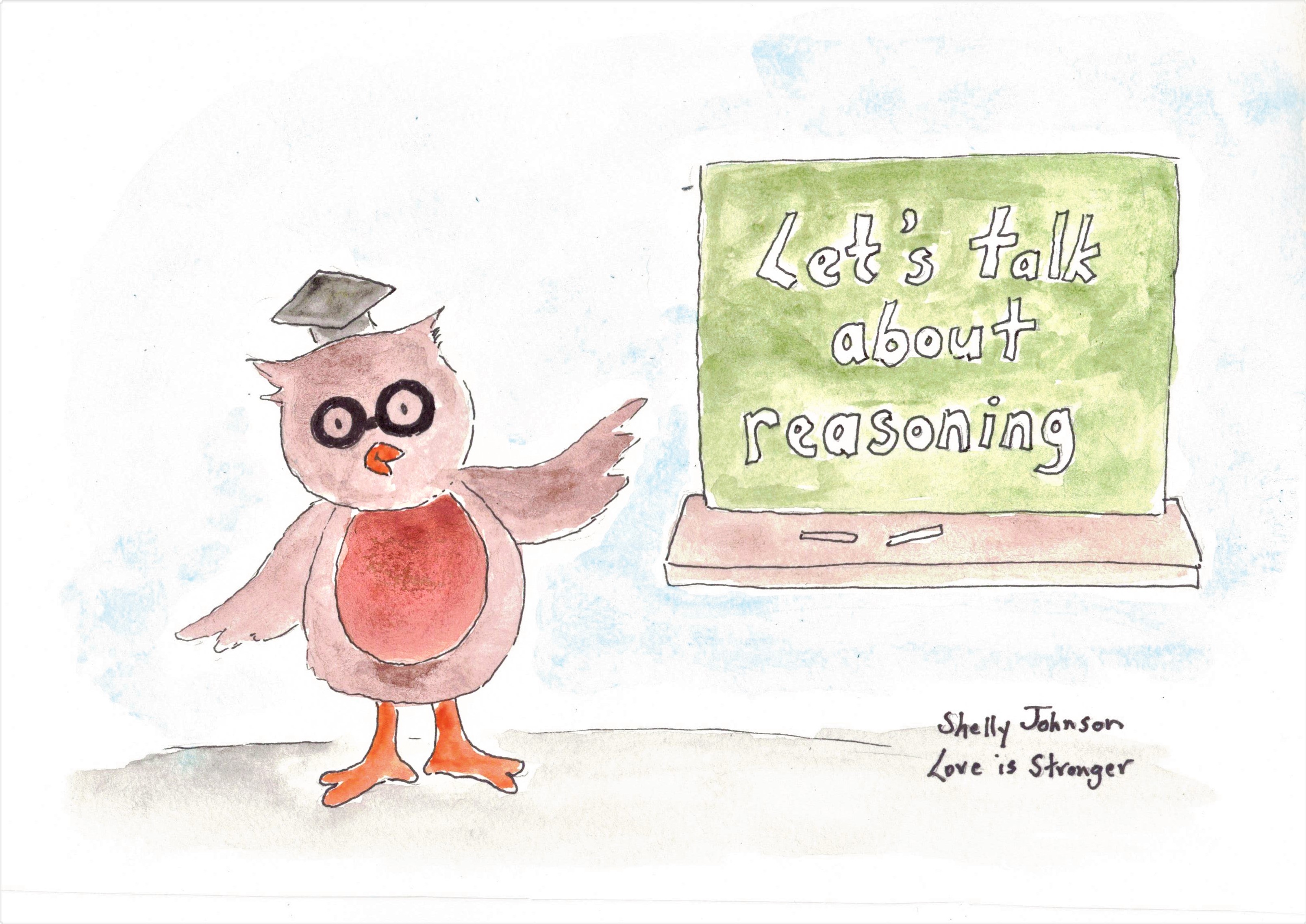 Here are some reasoning errors to avoid during the impeachment inquiry:

One: Avoid the unreasonable assumption that the Democratic impeachment inquiry is a Democratic coup aimed at overturning the elections.

Recently President Trump tweeted that the impeachment proceedings were a part of a Democratic coup. (You can read more about this in his own Twitter feed here.)

A coup is an illegal and usually violent and sudden seizure of the government by another entity (often the military). You can read more here about five famous coups in history and how they operated. To call the current impeachment inquiry a coup is highly misleading for several reasons.

First, the Democrats are not seizing control government. Rather, after several years of strongly resisting impeachment, Speaker of the House Nancy Pelosi decided to launch an impeachment inquiry when members of the U.S. intelligence agency reported to her the Trump-Velenksy phone call.

Second, impeachment is not an illegal activity, and it is not something the Democrats made up. The Founding Fathers built the impeachment process into the Constitution because they wanted to provide Congress with a means to check the President if he (or she) abused the office of President and tried to rule without checks and balances.

By including the possibility of impeachment into the Constitution, they were following in the tradition of English Parliament which had developed impeachment as a peaceful way of checking the power of monarchs who tried to rule without any constraints. (Again, you can read more about impeachment in general and impeachment in English history here.)

Third, Republicans have also impeached a president in the past, and they certainly weren’t staging a coup. They impeached Bill Clinton, and they had reasonable justification to do so. Bill Clinton began a predatory sexual relationship[1] with a White House intern and then obstructed investigations about his behavior and lied about it on TV. The Republicans were understandably concerned that such behavior constituted “high crimes and misdemeanors”, which is the way the Constitution describes impeachable behavior. You can read about his here.

Fourth, the Democrats also have legitimate constitutional concerns about the behavior of the President. You can read more about these concerns here in the New York Times and here in an article in the Atlantic by a lifelong Republican now turned Independent. You can also read about it an article from Fox news here.

Just because a growing number of people support something doesn’t mean it is the right thing to do, but it does suggest that the inquiry is not led by some small group of crazed extremists trying to seize the government.

Two: Avoid the red herring argument “Joe Biden did it, too.”

This impeachment inquiry began because President Trump asked the Ukrainian president to do him a “favor” and investigate supposed improper conduct by Joe Biden in Ukraine on behalf of his son. Since the inquiry began, President Trump has suggested on multiple occasions that Joe Biden is the real criminal. He recently asked both Ukraine and China to investigate Joe Biden. You can read more about this here.

Unfortunately, the President’s accusations about Joe Biden are based on a debunked conspiracy theory that several people in Trump’s own administration, including Trump’s own former homeland security advisor Tom Bossert, repeatedly told him was debunked. You can read more about this here. (You can read more about the original theory about Joe Biden and why it is untrue here).

When the President brings up Joe Biden’s corruption he is using a debunked conspiracy theory to deflect attention from his own actions. This is a classic red herring technique—it is a logical fallacy people use when they introduce irrelevant and highly emotional material to deflect from the real argument at hand. 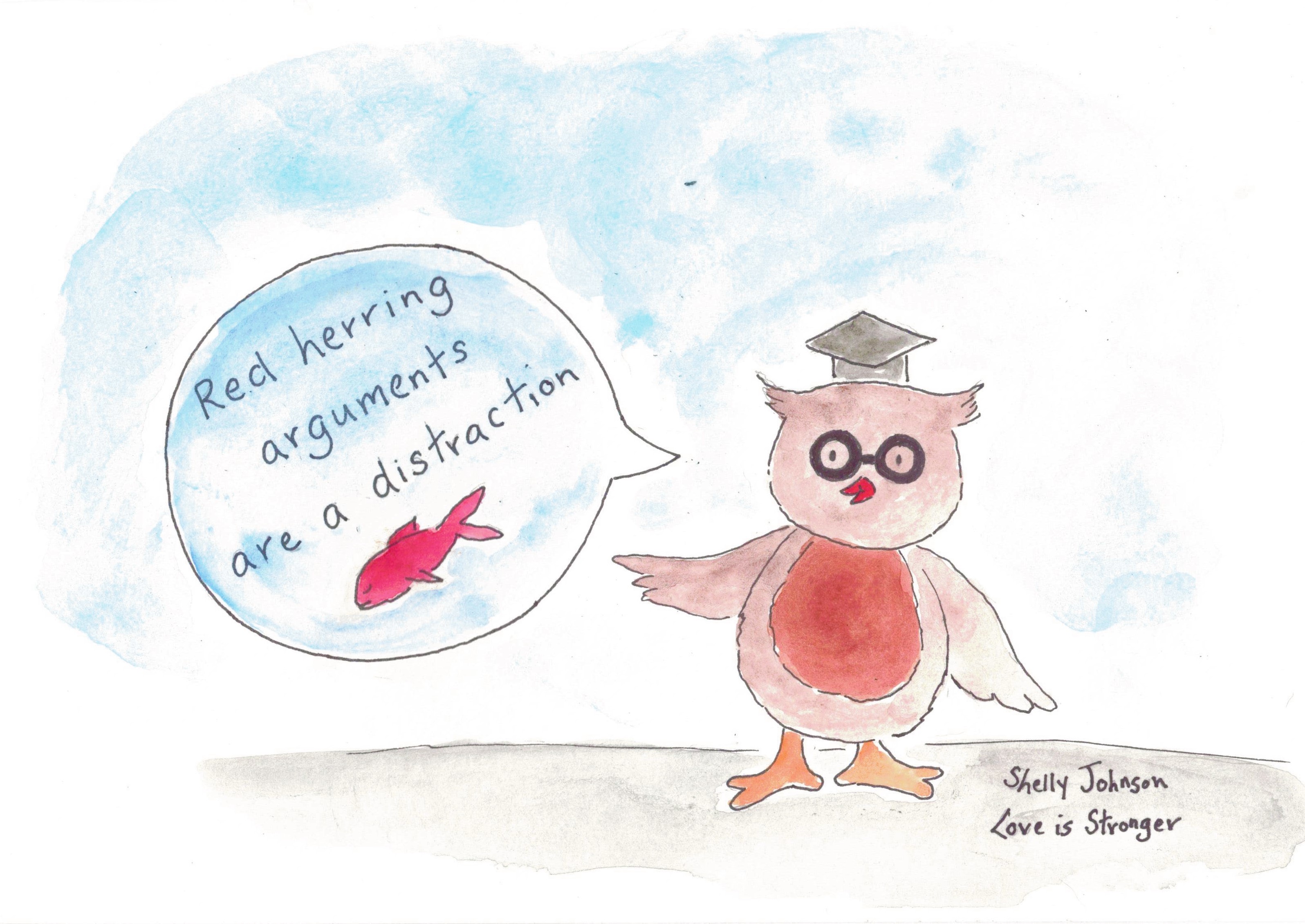 Three: Avoid fallacious arguments like “The Democrats are guilty of all the things they accuse the President of.”

This is an argument Sean Hannity recently made. You can read about this here.

Hannity does not give any names of Democrats who have supposedly committed such crimes.

Hannity cannot mean that all or even most Democrats are guilty of using the office of the president to bribe foreign powers to dig up dirt on political rivals. This is obviously impossible, as some Democrats in the House just took office and very few (if any) Democrats in the House would have the kind of clearance or authority to do the things he suggests.

He may mean that he is aware of some Democrats in the past or present who engaged in actions with some parallels to what Democrats are now accusing the President of doing.

Let’s say that is so. This doesn’t mean that what the President did is now excusable. It would mean that we appear to have a bribery and corruption problem in our government that we need to fix. Triage is necessary, and the obvious place to start is with the most current and egregious abuse of power—like the President’s actions.[2]

Four: Avoid supporting impeachment just because you don’t like Trump

Of course, the question is not whether Trump is likable. The question is whether he did anything impeachable. There is evidence to suggest he did, but we need more facts, and that is why we need an inquiry.

It is true that power can breed corruption. There are a lot of people who are tempted by power and political wealth to engage in all manner of wrongdoing or to excuse those who do. This certainly happens in our government.

It is also true that injustice hurts people and that we should mourn and grieve over it.

But the presence of injustice does not mean that all powerful people are corrupt. Nor does it negate the power of ordinary individuals (and moral politicians) who stand up for justice and morality with courage. 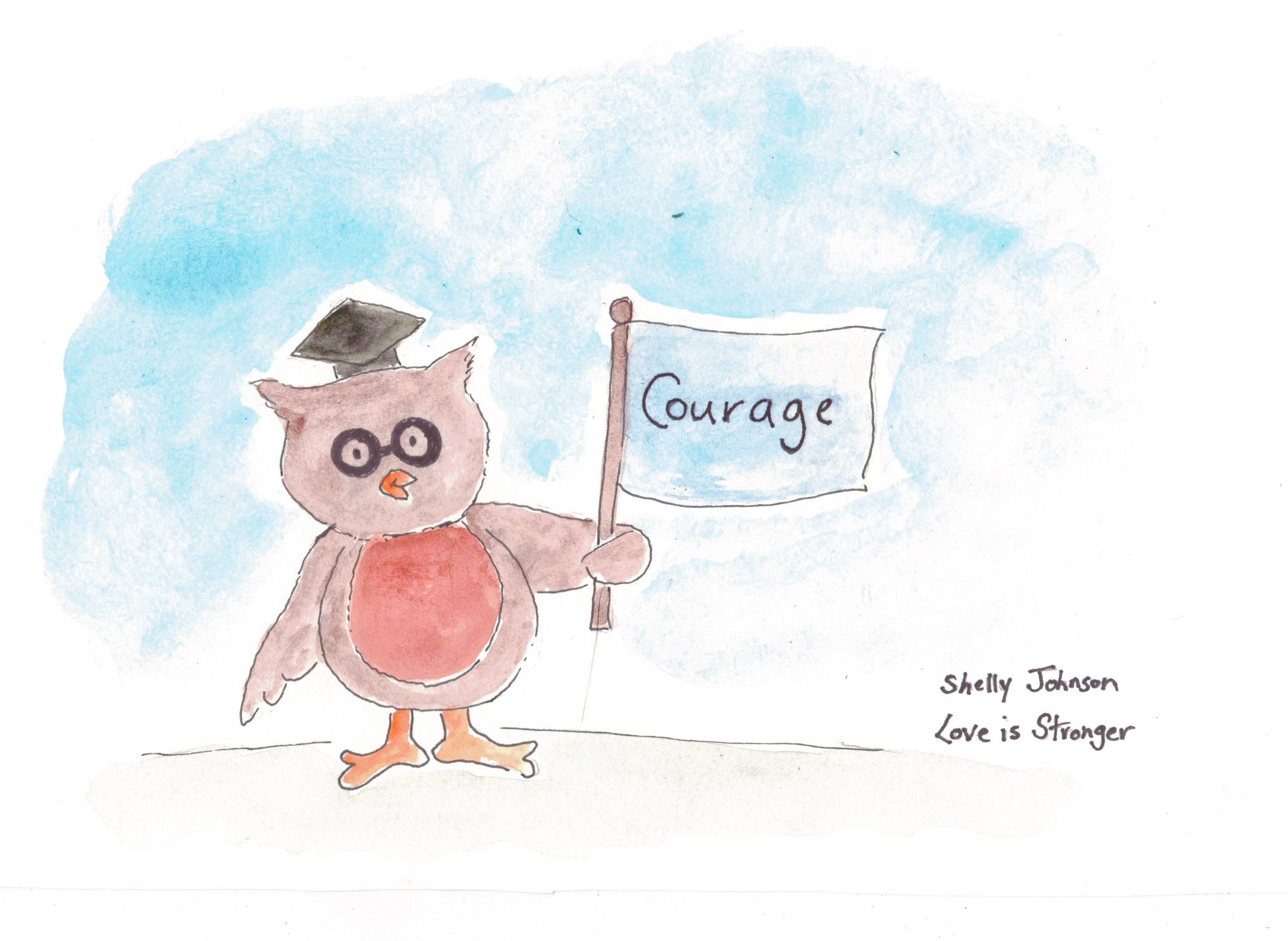 In closing, I want to remind you of some of the ordinary people in our country (and also some politicians) who spoke out against injustice and made a significant difference because of it: William Penn; Sojourner Truth; Harriet Tubman; Elizabeth Cady Stanton; Susan B. Anthony; Abraham Lincoln; Frederick Douglass; W.E.B. Dubois; Jane Addams; Teddy Roosevelt; John Muir; Martin Luther King, Jr.

Some of their stories have sad endings—that is certainly true. But these people give me hope that people who act courageously for the sake of morality and justice can effect great change. There are also both ordinary folks and politicians who are currently acting in this manner.

I would ask you to consider that you and anyone else who acts courageously in small and large ways for the sake of morality and justice can bring about change. I would also suggest that avoiding reasoning errors like the ones above are a good place to start.

[1]Even though the relationship was consensual, I am deeming it predatory here because the woman was young, and there was a significant power imbalance (obviously) in the relationship.

[2] And if Hannity means that because some Democrats have done things like this that there cannot be a legitimate impeachment inquiry, this also false. The impeachment inquiry and eventual trial is run by both Democrats and Republicans and is based on laws in the Constitution, which is not a partisan document.

7 thoughts on “Reasoning Errors to Avoid During the Impeachment Inquiry”