After the recent crisis in Afghanistan, some folks have demanded that President Biden resign. Is this a reasonable demand?

To answer this question, we need to explore why some people might think such a demand is reasonable.

One: Some might believe that is reasonable to demand a President’s resignation if anything bad happens during their presidency.

On the one hand, this reasoning has an intuitive plausibility. After all, it is the President’s job to keep people safe. Thus, we might reason that if something bad happens during a President’s tenure in office, it is his or her fault.

And of course, most people don’t think that any of these presidents should resign simply because something tragic happened while they were president. Most of us understand that tragic, unpredictable things happen sometimes, even to the best leaders.

Therefore, simply because the Afghanistan crisis occurred during Joe Biden’s tenure in office is not sufficient reason for him to resign.

Two: Some might think it is reasonable to demand a president’s resignation if he caused the tragedy, especially if it was avoidable.

A president’s job, at the very least, is to make the world a safer place and to protect people. Therefore, if he causes a tragedy, and it harms or kills people, this is certainly cause for concern.

However, there is a problem with this line of thought as well. There are times when a President must cause an event, and it is clear people will die because of it. For example, sometimes a president declares war, and soldiers die in the war. This is a tragedy, and the president caused it by declaring a war. However, some wars are unavoidable. World War II is an example of such a war. And we don’t believe, for example, that a president should necessarily resign just because he declares a war and soldiers die.

Therefore, simply because President Biden ordered the evacuation of  Afghanistan is not sufficient reason for him to resign, even though tragedy ensued because of it.

The case is much different, however, if a president causes a tragedy, and it was avoidable. So, did President Biden cause an avoidable tragedy in Afghanistan?

For example, perhaps President Biden caused the Taliban seizure of Kabul, and it was avoidable.

The Taliban’s seizure of Kabul occurred when the U.S. began massive evacuations of its troops. And President Biden certainly ordered the evacuation. Perhaps, someone might reason, Biden didn’t have to order this, and so the tragedy was avoidable.

However, recall that Biden ordered this evacuation to comply with the Doha Agreement, which President Trump made with the Taliban. In the agreement, the U.S. pledged to release Taliban prisoners and withdraw troops in return for the Taliban negotiating peaceful rule with the current Afghan government. The Taliban also pledge not to attack U.S. troops and to prevent terrorist groups like Al Qaeda from using Afghanistan to launch terrorist attacks against the U.S.

We should note that Afghani government leaders were not invited to Trump’s talks with the Taliban. And Trump began troop de-escalation against the advice of many Republicans, as well as many of his generals.

During President Trump’s tenure in office, the Taliban had already began attacking some Afghan forces. Nevertheless, Trump continued the U.S. demilitarization of Afghanistan. President Biden postponed the final evacuation of troops by several months. During the last stages of the evacuation, the Taliban rapidly seized major Afghani cities. And, finally, they seized its capital Kabul, with little resistance from Afghan military and governmental leaders.

President Trump negotiated the original agreement with the Taliban and did this without the Afghani government. Therefore, it seems reasonable to suggest that President Trump is at least an equal, if not a greater cause of these events than President Biden.

President Trump also encouraged Taliban aggression by overlooking their attacks on the Afghan government during his time in office and continuing to demilitarize. 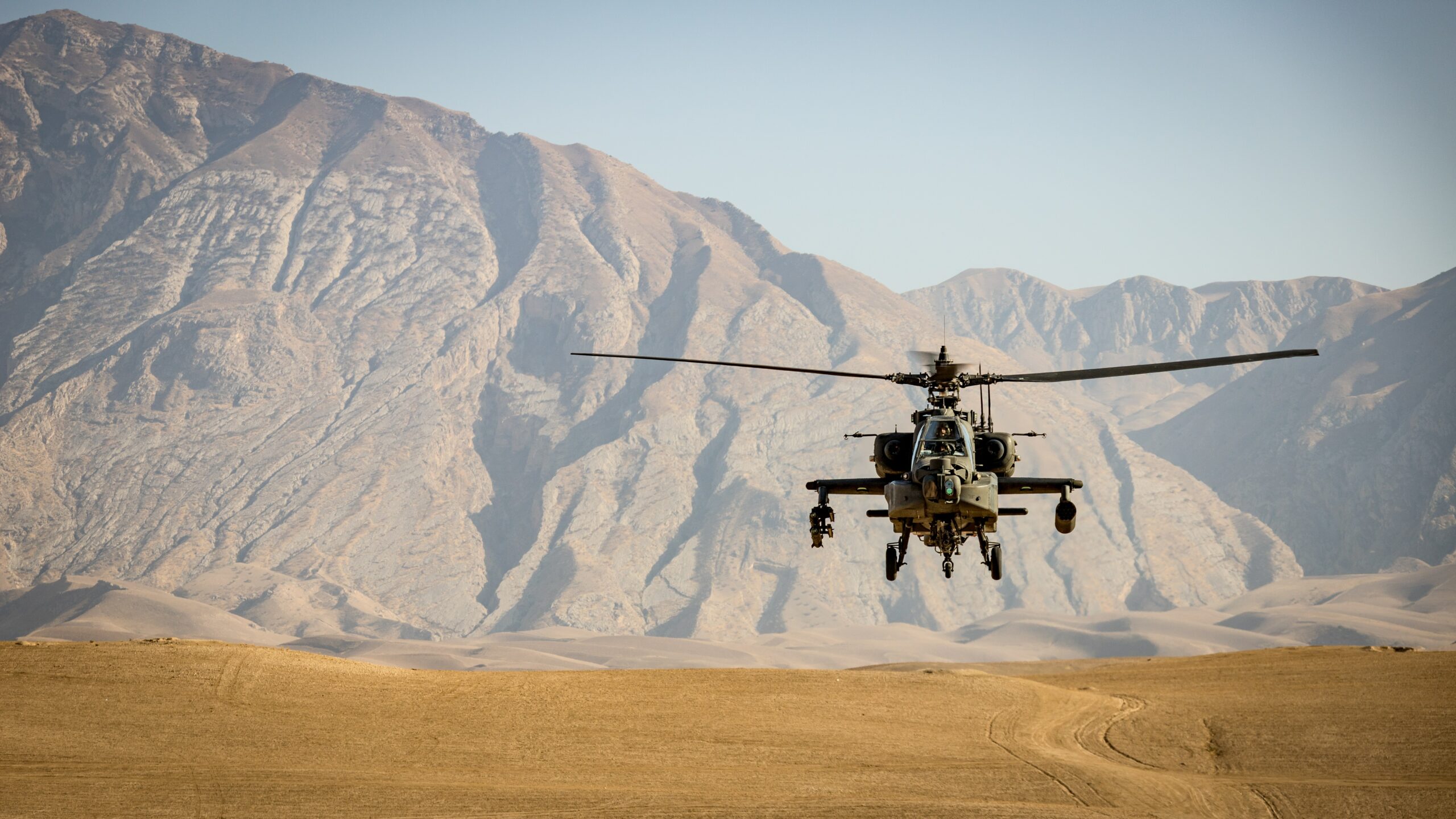 It is possible that events would have unfolded differently had Afghan leaders been a part of the conversation. More than likely, however, given the Taliban’s reputation as well as demoralization and corruption within the Afghani government, the current situation was always the likely result.

And had President Biden broken the Doha Agreement to renegotiate with the Taliban, it’s very likely the Taliban would have retaliated and escalated their attacks. Had they done so, fighting them would have cost more U.S. and Afghani lives. And we would have lost these lives fighting for an outcome that was highly uncertain.

The Afghanistan war has already lasted 20 years, cost over 2,000 U.S. lives (and over 100,000 Afghani lives). And it cost the U.S. more than 2 trillion dollars, costing us $300 million a day. It seems unlikely that more money, troops, and lives would have prevented the seizure of Kabul by the Taliban.

It likely would have only postponed it. The U.S. was in a position in which they had to fish or cut bait, as the saying goes. Both options carried risk. For example, imagine if President Biden broke the Doha Agreement and then deployed more troops to Afghanistan to fight Taliban attacks.

In such a fight, more U.S. soldiers, as well as Afghani solders, would have died or suffered catastrophic injury. We would have spent millions more in the process. And it likely would not have made a difference.[1] In this case, people would still have been outraged. They would have been outraged, however, that we were still in Afghanistan and had not left long ago.

The point here is not that presidents should make all their policies to please the public. Rather, the point is that in some situations, there is no decision a politician can make that avoids tragedy.

Either way, it is unlikely, given this commentary, that President Trump would have averted this situation either.

Thus, it appears the tragedy in Afghanistan may have been unavoidable. If so, Biden certainly should not resign because of it.

Three: Some might argue that President Biden could have prevented the tragic bombing by ISIS-K and so he should resign over this.

Of course, we all know that terrorists do not clearly advertise when they will carry out their terrorist attacks. At best, U.S. security officials can only guess—based on tips and intelligence gathering—that such an event might be likely.

And indeed U.S. forces were aware that terrorist groups had made threats. And they knew it was possible that terrorists might detonate a bomb at Kabul airport.

At this point, the American military was caught between the proverbial rock and a hard place. The military was trying to evacuate U.S. civilians and Afghani allies to the U.S., something which everyone desired. And in fact, given the instability in Afghanistan, the longer the U.S. waited to do this, the harder it would become to safely evacuate people.

Had they stopped evacuations to avoid a possible terrorist attack, they would have decreased their potential to evacuate people safely. And the threat of attack would have resumed once they began evacuation again.

So, while President Biden could have potentially avoided the Isis-K attack in this situation, he would have only postponed the danger. And he would have jeopardized the evacuation of U.S. personnel and allies, even more so than it was already jeopardized by Afghani instability.

Furthermore, the longer he waited to evacuate people, the greater opportunity he gave to various terrorist organizations to stage attacks.

Thus, it seems that President Biden made reasonable decisions in a high-risk situation. He certainly should not resign over such a decision.

Four: Some may argue that President Biden demonstrated incompetence in various decisions pertaining to the evacuation.

For example, one of the oddest recent rumors associated with the evacuation is that President Biden gave a “kill list” to the Taliban. This list, supposedly, contained the names of U.S. civilians and Afghani U.S. allies leaving the airport.

It is certainly true that military officials gave a list of people they were evacuating to the Taliban who had seized the airport in Kabul and were controlling it.

By the way, this is the same Taliban with whom President Trump made the Doha Agreement. And in that agreement, the U.S. agreed with the Taliban that they could jointly rule Afghanistan with Afghani government leaders. In exchange, the Taliban promised not to attack U.S. citizens and personnel.[2]

If, however, they could identify U.S. civilians and allies, they would know whom they were required, according to the terms of the treaty, to leave alone.

And some people might question the wisdom of trusting the Taliban. However, it’s important to remember that President Trump was the one who placed trust in the Taliban. President Biden was honoring the terms set out in that agreement.[3]

Therefore, it would be very odd, and contradictory, for someone to support President Trump’s Doha Agreement with the Taliban and then criticize Biden for honoring the terms of that agreement. It would be especially odd to do this, given that President Biden’s officials had to do so to evacuate people from the country.

And, by the way, much to the surprise of many people (including myself), the Taliban apparently worked with the U.S. military. They escorted U.S. civilians safely through the airport to evacuation points.

Why does all this matter?

It is possible historians will look at the Afghanistan evacuation and decide that Biden botched the affair. If they do so, however, it probably won’t be for the reasons mentioned above. Presidents cannot avert all tragedies. And presidents, to some extent, are constrained by the events previous presidents set into motion.[4]

And it could be that Biden will behave in further ways during his presidency that warrant his resignation. The actions above, however, do not warrant it. And suggesting they do seems to display political animus more than careful attention to details.

This is important to consider because politics in the U.S. have become highly partisan. And such a political environment causes us to view politics in a rigidly black and white manner.

Understanding the cause and solution to partisan politics is no easy manner. If we want to begin to overcome this problem, however, we must love the truth and love careful thought more than we hate our enemies.

[1] In this article, a political scientist discusses the reasons we lost the war in Afghanistan. These reasons would have persisted, even if we stayed longer in the country.

[3] And I certainly understand why people believe that President Biden should have broken the Doha Agreement and stayed in Afghanistan. But in reply to this concern, please read all of #2 above, as these concerns are unavoidable. Or read this article.