Should Congress impeach the President again? After the Capitol Attack this week, Congress immediately began discussing and then drafting articles of impeachment.

Some people, horrified by the events at the Capitol, argue that Congress should impeach the President immediately. Others, some equally horrified and some not, suggest that impeaching the President a second time is unnecessary and overkill.

There are at least four reasons why it is potentially wise and just for Congress to impeach President Trump a second time.

One: It is an appropriate response to the gravity of the situation.

It may be tempting to characterize the Capitol Attacks as a protest that got a bit out of hand. This is a serious mischaracterization of the events.

For over two months, since the elections, President Trump has repeatedly promoted election fraud claims. In fact, he has consistently promoted such claims even though his own Conservative Supreme Court, as well as dozens of Republican election and political leaders have rejected such claims as having any basis in reality.[1]

Such political leaders include Vice President Mike Pence and Senate majority leader Mitch McConnell. (This is in addition to all the democratic officials and leaders that have rejected such claims.)

These leaders have rejected such claims on the advice, expertise, and testimony of homeland security advisors and non-partisan election officials.

President Trump has not only promoted baseless claims, he has regularly encouraged his supporters to fight and refuse the election results. He has also hinted that they should take up arms against the government.

When asked to denounce violent supporters (like the Proud Boys who have perpetrated violent and racist behavior), he told them, “Stand down and stand by. But I’ll tell you what. Somebody has got to do something about antifa and the left.”

Ardent supporters of the President, such as conservative author Eric Metaxas, have used similar rhetoric. Metaxas believes President Trump is part of God’s plan to restore America and that the elections were fraudulent. He said regarding the elections, “We need to fight to the death, to the last drop of blood.”

So, it should have come as no surprise to anyone that some of President Trump’s supporters decided they needed to storm the Capitol and put an end (violently) to the election proceedings. Some of the protestors were also looking for Vice President Mike Pence, whom many feel have betrayed the President and whom some planned on hanging.

What Does the Constitution Say?

So, it is not just the case that some protestors got out of hand. Rather, for months, the President  encouraged violent protest. And when violent protestors attacked the Capitol, our Commander-in-Chief discouraged security from responding appropriately. He also showed no concern for his Vice President that his protestors threatened to hang.

And while the attack was going on, rather than trying to prevent it, he tried to call Senators who were under threat to try to get them to overthrow a legitimate election.

If such actions do not call for impeachment and removal, it is hard to know what actions would. Article III, Section 3 of the Constitution allows for impeachment in case of treason. It states, “Treason against the United States, shall consist only in levying War against them, or in adhering to their Enemies, giving them Aid and Comfort.”

The President’s behavior appears to match this description of treason.[2]

If leaders do not rebuke or censure such behavior in some way, it could encourage future lawless leaders—Democratic or Republican—to try the same thing.

Two: President Trump may engage in or encourage behavior even worse than the Capitol Attacks.

President Trump regularly fires (or threatenes to fire) people who disagree with him—even when he is in the wrong, and they clearly know more than him.

In addition, since the 20202 election, many psychiatrists observing the President’s behavior believe he may be mentally ill. If that is the case, the stress of the final days of office and the reality of his loss may encourage President Trump to act in further erratic and dangerous ways.

The President’s State of Mind

Whether President Trump suffers from mental illness or not, the point is that he does not consistently learn from his mistakes. He also continually refuses to take responsibility, even for catastrophes that he creates or helps to create.

There is no reason to believe he will suddenly turn over a new leaf. Impeachment and removal may be the only way our political leaders (including Republican ones) can prevent him from doing further damage.

There is a growing list of leaders, including Republicans and former people on Trump’s staff, who believe political leaders must remove Trump through impeachment or other consitutional procedures. For example, John Kelley, Trump’s former chief of staff said he would vote to remove Trump through the 25th Amendment. 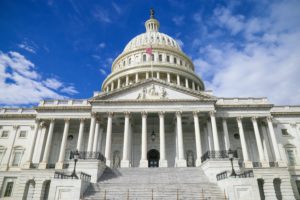 Three: It communicates to other countries that we respect democracy.

The United States has long encouraged other countries to adopt a democratic governmental process.[3] There is good reason to do this, both for us and for the countries. If countries do not elect leaders democratically, leaders often seize the power in such countries illegally and violently. Such rulers are lawless rulers. Since they are lawless, they are not interested in dealing fairly with their own people or with people from other countries.

The less democratic countries are, the more difficult it is for us to deal with them peaceably. An inability to deal with other countries peaceably makes commerce, diplomacy, and humanitarian endeavors almost impossible. This is one of the ostensible reasons the U.S. has fought almost every war we have fought as a country: to make the world safe for democracy.[4]

We cannot encourage democratic processes in other countries if we subvert them in our own. Impeaching the President communicates to other countries that we take democracy seriously.

Four: It allows the Senate to vote to prevent President Trump from holding office again.

President Trump has tried to overturn a legitimate election, and he has encouraged an attack on the White House. Because of this, he should never be allowed to hold a public office again, even if some people like him and want him to do so.

We cannot elect lawless people to office. The Constitutional writers certainly never intended our democratic process to function this way. Impeaching and removing Donald Trump from office allows the Senate to bar him from holding public office again.

It is hard to know what exactly will happen in the coming weeks, and this situation is unprecedented. Obviously, it is difficult to know the right way to handle it. Given that, Congress certainly has just cause to impeach the President twice, and there is reason to think it is the wisest course of action.

By the way, if you are worried that the election was stolen from Trump, I am sorry for your pain and anxiety. It feels bewildering and confusing when someone you admire and want to win an election loses.

I have felt this way before, too. Please consider reading this post. In it I argue that President Trump fairly won the election in 2016, but Joe Biden fairly beat Trump in 2020. I encourage you to consider this evidence carefully. No harm can come from you considering the issue from various angles.

And it may be that you do not like Joe Biden and Democrats and are afraid of them taking office. I am sorry for your fear, but please love the truth more than you hate or fear people you view as your enemies.

If  you enjoyed this post, please consider sharing on social media.

I also invite you to follow my blog. You can find the follow button at the right or bottom of this screen.

[1] As an example, President Trump recently pressured the governor of Georgia, a Republican, to overturn the Georgia election results. The governor repeatedly told the President that no such election fraud occurred.

[2] While the President did, at one point, tell protestors to go home, he initially encouraged their behavior. In addition, he hindered the National Guard from going to help police at the Capitol. And despite telling protestors to go home, during the attack, he continued to claim that the election was stolen from him.

[3] I am also aware that the U.S. government has frequently disrupted the democratic process in other countries. Unfortunately, I cannot address this issue in this post.

[4] I realize there were often ulterior motives, too.

8 thoughts on “Should Congress Impeach the President Again?”