I Played in the Snow This Morning (The Art of Playfulness)

Whenever I play, I focus on curiosity, joy, adventure, and moving so that there is more of me, not less of me in the world.

Lately, I have been thinking about all of the ways playing has benefited me. I want to share ten of those with you because I think Playful Movement is for everyone, not just me.

One: I have realized that the purpose of movement is to bring more of me, not less of me into the world.

When I was younger, I went to a really cool elementary school in Oregon that encouraged play. At my wonderful school, we had recess at least twice a day, PE several times a weeks, and we had access to unicycles, jump ropes, stilts, roller skates, and gymnastics equipment. I became really strong, athletic, and confident because of playing all the time.

My main focus at this time was to use exercise to shrink myself.

This way of approaching exercise eventually stressed me out so much that in my early thirties, I stopped exercising completely for quite a while. One day several years after this, I realized I felt weak and that I was craving movement. So I put on one of my favorite exercise videos and started dancing. Suddenly, my head cleared, and I felt really powerful and joyful, like I did when I was younger.

That day was magical. I think of it as my Play Epiphany because I realized vividly that the purpose of movement is to bring more of us, not less of us into the world. Movement helps us feel alive, strong, powerful, graceful, energetic, flexible, and balanced. We feel more playful and joyful because of this.

I think of this as Playful Movement. 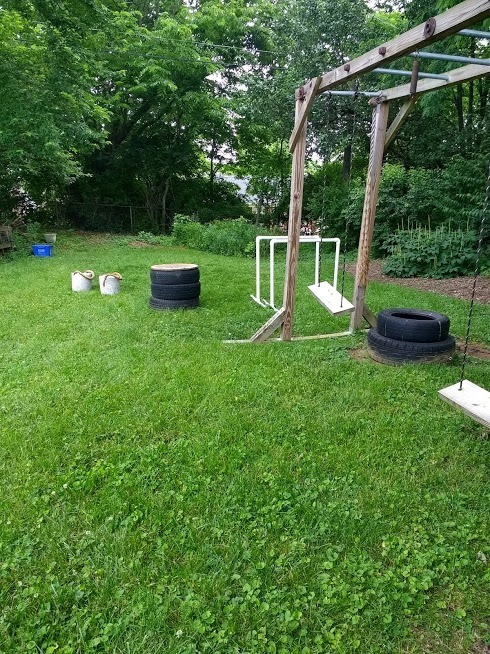 This is some backyard equipment my husband built for us. It’s really fun to play on.

When I realized this, it made me want to play every day, not to shrink myself but to feel more powerful and present in my body and the world in general.

Two: I learned to juggle.

I actually learned to juggle about a year or so before I had my Play Epiphany. I was in graduate school and needed a stress reliever, and learning to juggle was perfect. It also  helped me understand Playful Movement and lead to my Play Epiphany.

When I learned to juggle, I didn’t do it in order to lose weight or reduce body fat; I just did it because it was fun. In learning to juggle, I discovered so many benefits of the activity. Juggling is interesting and absorbing, and it can strengthen your brain, relieve stress, and increase your balance and flexibility. You can read more about this here and here. 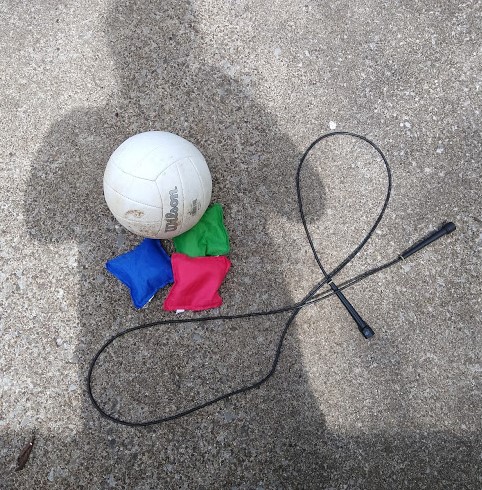 Once my Play Epiphany taught me to consider how I could bring more of me, rather than less of me, into the world, I began to pay attention to situations in which I felt weak and in which I lacked power, strength, or resilience.

I experienced so many benefits during this month of deep breathing that I decided to continue my practice for a whole year. This brought amazing benefits into my life.

You can read about this experiment here:

Formerly, when I equated movement with exercise and exercise with shrinking myself, movement often felt bad. It felt like 1) a punishment and 2) something I had to do perfectly in order to achieve the desired outcome.

Because of this, it was very easy for me to talk myself out of exercising on a regular basis. I also tended to shy away from trying new exercises that I couldn’t control or that I might not be good at.

But when I started focusing on Playful Movement, I realized two cool things. I realized that 1) movement is a gift, and that 2) the point of movement is not to be perfect but to be curious, to explore, and to build personal capacity. 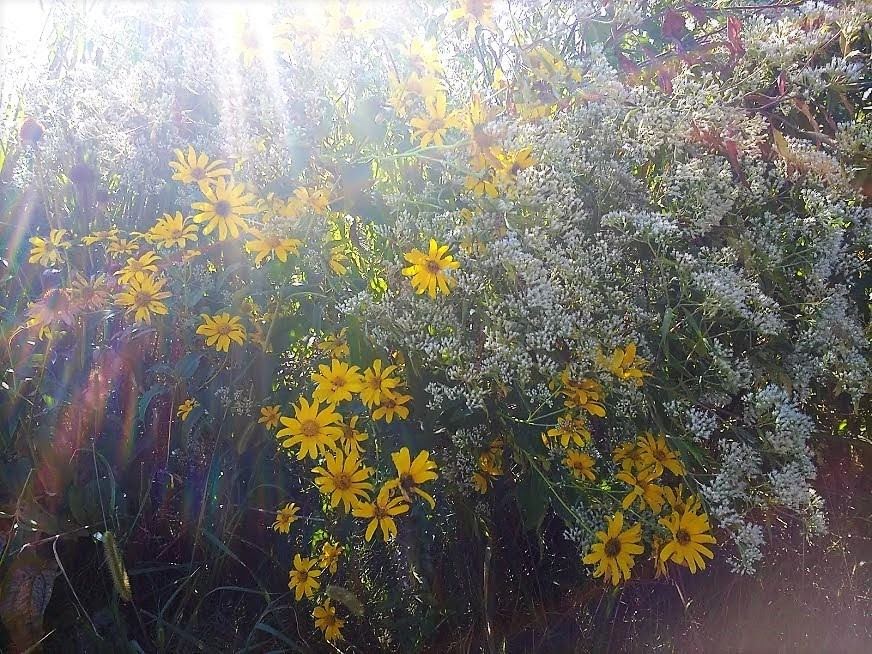 This is one of my favorite pictures from one of those walks.

When I look back on my long distance walking adventure, I realized that one of the main reasons I was able to walk so far is because I placed absolutely no pressure or expectations on myself. And I allowed myself to be curious, open, and adventurous with movement.

This attitude has inspired me in other areas of my life as well.

Last year, I decided I wanted to hang on monkey bars every day and track my progress. I got about three or four months into the experiment and realized it wasn’t going well. I was making very little progress, and I hurt my back.

Had I still been in my previous controlling mode of exercising, I would have viewed this situation as a failure and given up. My new Playful Movement philosophy allowed me to take a break and become curious about why hanging on monkey bars was so hard for me. I realized I had a muscular imbalance. I decided that I needed to focus on building overall body strength. 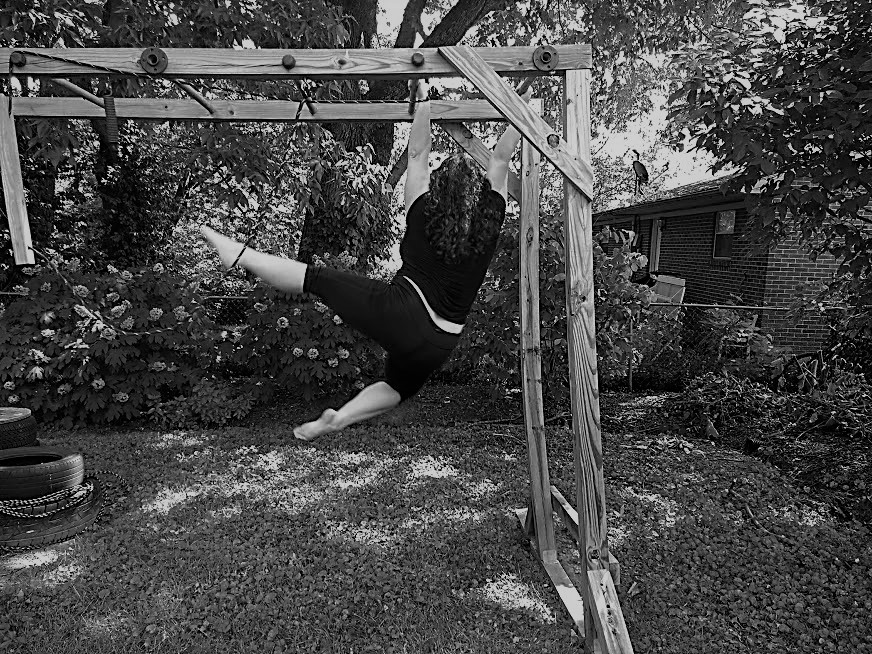 Six:  I have found ways to play that strengthen my whole body.

When I realized I needed to build overall body strength, I began exploring how I could do this in a playful way. This led me to expand my Playful Movement repertoire. Here are a few of the new ways I have been playing.

I started hula hooping again, which has strengthened my heart and core. 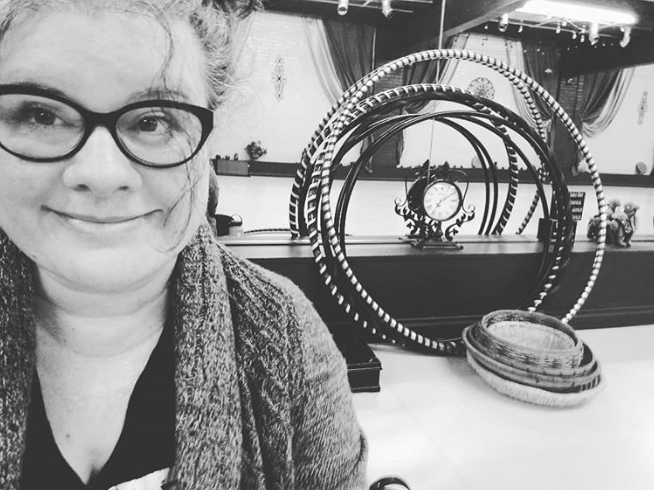 And I began playing with planks, an exercise I normally hate but which I now love because I turned it into an adventure, rather than an ab workout.

I have been doing planks almost every day for a month, and my only expectation is that I do a plank and try to hold it a little bit longer than the day before, if I can. My core has become much stronger as a result. 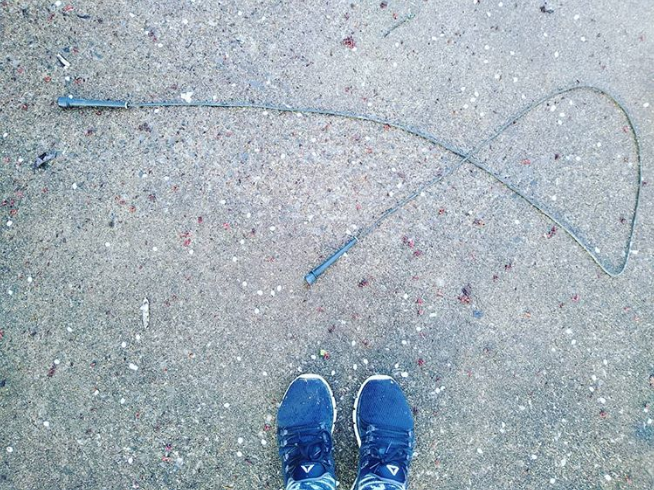 And I began practicing jumping jacks and low squats, which strengthens both my core and my legs.

I also started practicing handstands, push-ups, and cartwheels, and my arms are getting stronger.

And I have gained all of this power and strength because I became curious about why monkey bar hanging was hard for me.

Seven: I began exploring both urban and natural environments more. 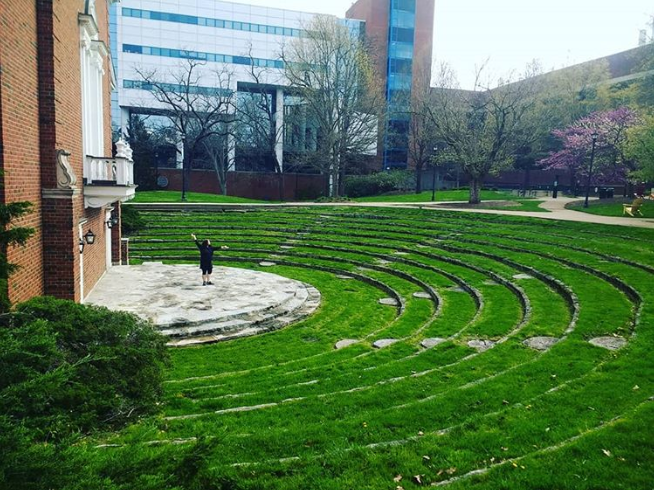 This picture is from a walk the other day at my graduate school Alma Mater, the University of Kentucky. 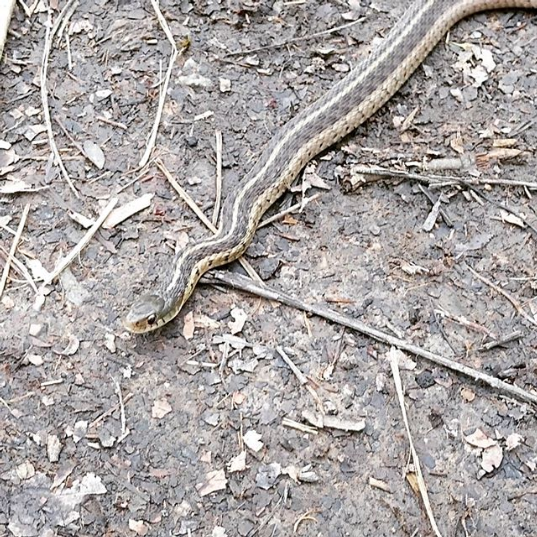 This is an adorable snake I found on a nature hike the other day. I was more excited to see him than he was to see me.

Eight: I started celebrating what my body can do and worrying less about how it looks.

I am like everyone else in the world and, of course, I care about how my body looks to other people.

But Playful Movement has taught me that what really counts is not how my body looks to other people but how powerful, graceful, flexible, and joyful I feel.

I have realized that even if I could snap my fingers and immediately have the “perfect body” (whatever that is–I don’t really believe in that concept anymore), it wouldn’t matter if I didn’t feel powerful, graceful, etc.

And if I feel powerful, graceful, etc., it doesn’t really matter whether I look “perfect” to anyone else because I feel good in my own skin.

Nine: I have established a peaceful partnership with my body.

When I formerly used exercise to shrink myself, I was in a continual battle with my body. I constantly tried to change it, and it constantly disappointed me. This caused me a lot of anxiety and stress.

The more I practiced Playful Movement, I stopped being at war with my body.

Instead I developed a peaceful partnership with it. Now I realize that my body is a vessel for helping me do cool things in the world, and I regularly think about how I can best support it in those endeavors. 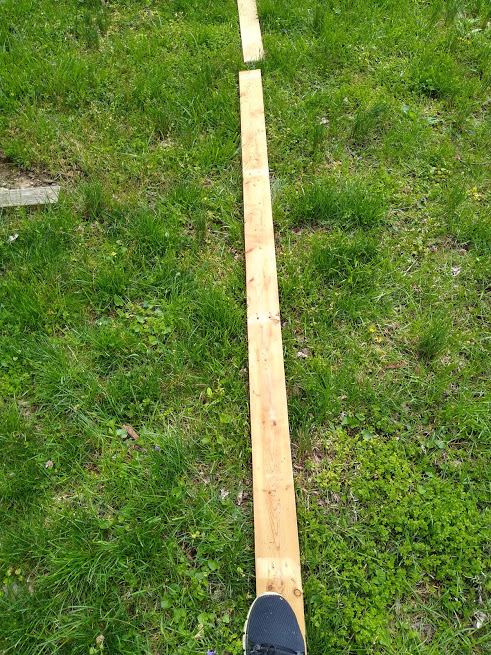 Today I practiced walking on this balance beam, which was a two by four I placed on the ground. It seems like this would be easy to do, but it was a challenge.

Nine: I am a more conscious eater.

One of the most interesting things about Playful Movement is that it makes me more aware of how food affects my body, and it helps me be more attuned to my hunger and fullness signals.

Here is why: I believe that food is morally neutral.

Playful Movement has help me become more attuned to what foods are helpful and unhelpful to me. For example, I really like ice cream, and I eat it on a somewhat regular basis. However, I have realized that I can’t eat a big bowl of ice cream right before I walk.

So I eat less ice cream now, not because I think ice cream is bad but because it is really hard to play in the way I want if I eat too much ice cream. The more I engage in playful movement that I love, the more I think about how I can eat to allow me to play the way I want. 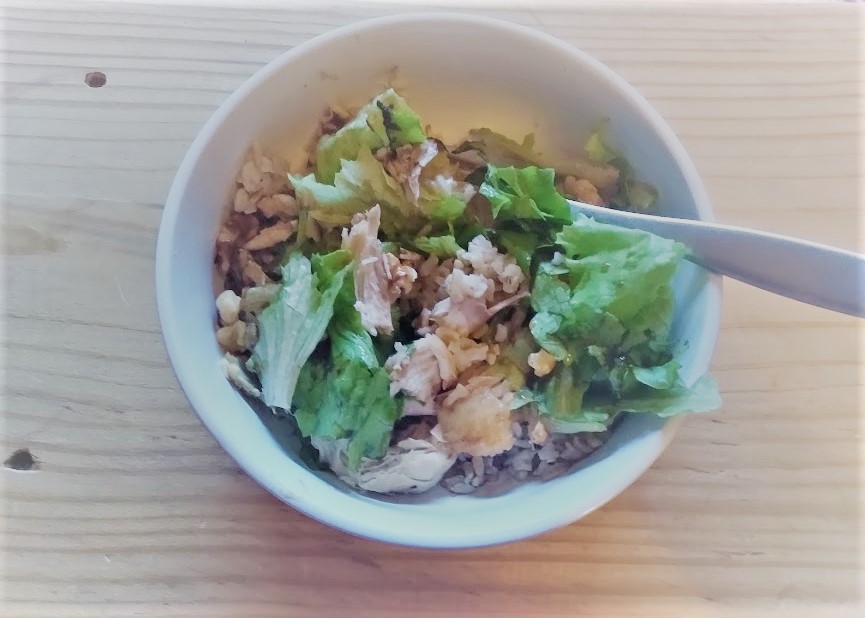 This is a salad I invented the other day. It had walnuts, chicken, and rice with roasted cauliflower and balsamic vinegar. It was really good and definitely supported my play goals.

In addition, I have found that certain types of movement–especially jumping rope–sharpen my inner awareness and sense of my hunger and fullness levels. This helps me to be a more conscious eater and helps me feel better overall.

Ten: I am happier.

Since I began practicing Playful Movement, I have become stronger, more flexible, more curious and playful, and more confident. This has made me a happier person. It is a really cool thing to know that my body is capable of so much and that we are partners.

It’s also a relief to stop measuring the worth of my body according to how it looks and to focus, instead, on building a solid connection with it in order to have a more playful and adventurous life.

I write all of this because I think Playful Movement is for everyone, not just me. Your body, now matter its size or shape or ability level, is awesome. It is your friend and partner and is ready to go on playful adventures with you.

11 thoughts on “I Stopped Exercising and Started Playing–10 Results”