This post is the first in a series of posts about the ethics of abortion.

What is Morality and Ethics?

Morality pertains to our foundational views of what goodness is in general. For example, in trying to understand what good behavior and good character is, we might ask some of the following questions.

What is the good? Is it flourishing?

Or, is it doing one’s duty no matter what?

Is it maximizing pleasure or minimizing pain for the most people?

Or is it living a life of maximal virtue? Is it behaving like a fully virtuous person would behave? Is it something else?[1]

If we want to be good, ethical, people, we need to have a general idea of what the word good means.

Ethics, on the other hand, pertains to the way in which we apply our concepts of the good to every day practical situations. For example, if we believe that the good is doing our duty no matter what, we also need to know what exactly our duty is in specific situations.

We especially need to know what our duty is in ambiguous moral situations. Morally ambiguous situations are ones in which it is difficult to know the right  thing to do. In such situations, it is usually because there are conflicting goods involved.

For example, we might think it is our duty to tell the truth.

But what about situations in which the only way we can protect someone’s life is to lie? In these situations, is it our duty to lie? This is a morally ambiguous situation because there are two goods involved. There is the good of telling the truth and the good of saving a life. And these two goods are in conflict in this situation. So it is hard to know the moral thing to do.

As another example, we generally believe that people should not steal.

But what about a situation in which a young mother whose husband has abandoned her? And she has lost her job and cannot find another one? She is willing to work anywhere, but she cannot find work. She has no family or close friends. And her government support has run out. There are no churches that will help her. She has a young baby she needs to feed. Is stealing the right option in this situation?

This is a morally ambiguous situation because there are two goods involved. There is the good of respecting people’s property and the good of a mother caring for her baby. These two goods are in conflict in this situation. And so, just like the lying scenario, it is hard to know the moral thing to do.

These are important moral and ethical issues to examine.

On the other hand, infidelity and incivility are also moral issues. But generally we do not regulate these actions legally. For instance, we don’t put people in jail for cheating on their spouse or being crabby and rude.

Moral considerations are a part of any good society. But so is individual freedom and choice. And we continually try to balance these two important social goods.

Because we believe in such a balance, most of us believe that law cannot intrude into certain areas of an individual’s life. And we believe this, even if that person is behaving immorally. On the other hand, we believe that there are at least some actions which the government must regulate for the good of society.

Furthermore, we know there are some actions that are legal but are not necessarily moral.

For example, it is legal for people over the age of twenty-one to drink alcohol. Nevertheless, at least some instances of drinking alcohol are immoral. For example, let’s say people’s drinking habits were hurting themselves or other people. This instance of alcohol consumption would be immoral in that it failed to achieve the good.[2]

However, we do not make such immoral behavior illegal. (The exception would be in such situations as driving while intoxicated.)

As another example, at one point in the U.S., slavery was legal, but it certainly was not moral.

Lastly, we recognize that there are some legal problems the solutions for which are beyond the legal realm.

Such problems often must be addressed by society showing compassion and care in some way. A good example of this is the problem of people stealing because they are starving. As mentioned above, we generally believe stealing is immoral. And generally, we believe that the government must regulate (i.e. punish) actions involving theft.

Nevertheless, we recognize that there are times when someone might have to steal food to survive. We would likely believe that the solution to this issue is not legal punishment or incarceration. Rather, we would argue that society must provide social services or support to the impoverished person.

We recognize that vulnerability and desperation can push some people to commit desperate acts. In these cases, we usually recognize that legal punishment is not the right way to address the problem. 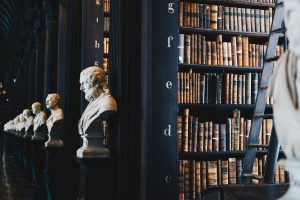 Having defined these important terms and distinctions, let’s return to the ethics of abortion.

About the Ethics of Abortion

For decades now, abortion has been one of the most controversial issues in the United States. People on both sides of the issue hold strong views both about the morality and legality of abortion. So, it has become an extremely polarized topic.

If we cannot think and talk about an issue in a politically wise way, it is hard for us to make moral and ethical decisions about the issue.[3]

And that is why I am writing this post and its sequels. I want to help people be politically wise about the issue of abortion. My goal in this post and the ensuing ones is not to make you to have a particular view on abortion. I can’t make anyone have a view on anything.

These are my main goals:

One: To help us understand different ethical viewpoints pertaining to abortion.

Two: To help us make sure we have good reasons for believing what we do.

Three: To help us consider possible weaknesses of our view.

Four: To help us understand why moral and intelligent people hold different views than we do.

Five: To help us develop understanding and charity towards other people who, like us, want to behave ethically regarding the issue of abortion and who think differently than we do about the matter.

Six: To enable us engage in civil and productive dialogue about this issue with people who think differently than we do about it.

Here is the second post in this series:
The Ethics of Abortion, Part #2

[1] Even people who are Christian or otherwise religious need an ethical code. That is because religious people disagree on the way to approach various ethical situations. Even Christ’s disciples disagreed about ethical issues. Having a clear ethical code can help people better adjudicate ethical disputes.

[2] We can recognize that someone is behaving in a less than moral way and still have compassion on them.

[3] Any person in any political party can learn to behave in a politically wise way. The exception to this would be a party whose leaders are inherently driven by prejudice and hate.

2 thoughts on “The Ethics of Abortion: An Introduction”