In this post, I specifically want to focus on what socialism is. 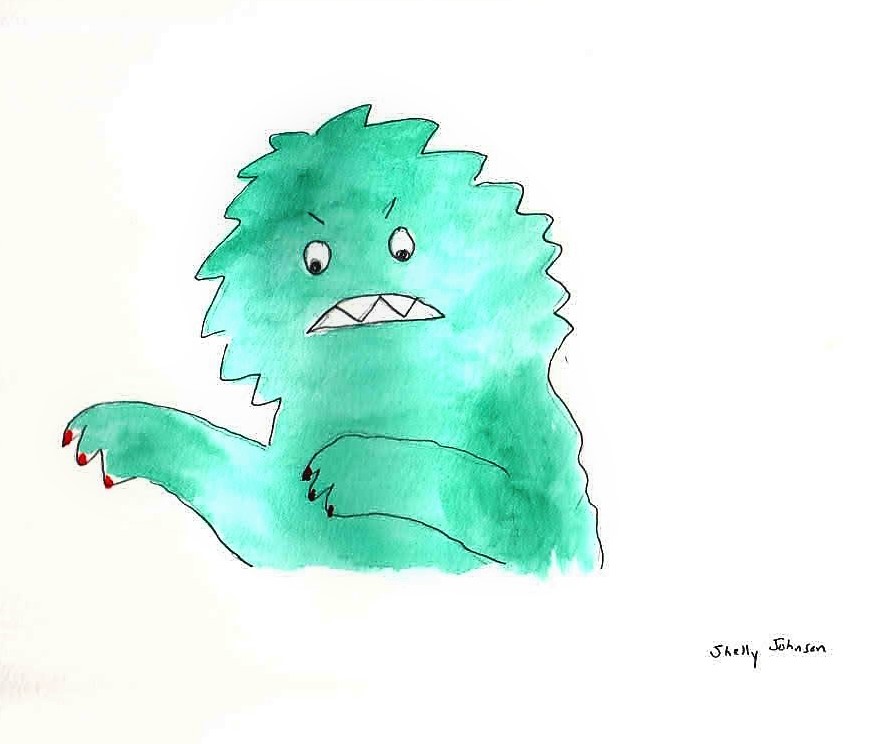 When people fearmonger, they rile up people’s emotions about an issue or person and do not connect what they are saying to facts and sound reasoning. The unfortunate result of this is that people often end up being for or against certain people and policies, not because of facts or sound reasoning but because they are afraid.

Socialism is a word—or really an economic system—that news outlets and social media memes have mentioned a lot recently. Often these discussions are accompanied with a great deal of fear but few facts and fewer demonstrations of critical reasoning.

Now, it may be that people should be afraid of socialism, but I think we can all agree that we are all better off if our fear, or lack of fear, is grounded in fact and critical reasoning, rather than vague and erroneous half-knowledge. So, in this series of posts, I want to explore what exactly socialism (in contrast to capitalism) is; why people are afraid of it; and whether they should be.

At a very basic level, economics is the study of who gets to do what with the goods, natural resources, and wealth available in the world. For the rest of this article, I will refer to all these various kinds of resources and goods as wealth.  The world is full of wealth such as precious metals like gold and silver; natural resources like water, trees, air, and land; and the labor that individuals mix with the land in order to transform it into something valuable to human beings.

So one of the reasons we should think about economic systems is because in doing so, we can make better decisions about how to handle the wealth of the world justly and fairly.

Take a minute, if you will, and imagine the world as it existed thousands of years ago when human civilization was just getting started. The natural world was largely untouched by human hands. It contained all the wealth mentioned above, and human beings had to decide what to do about it and who, if anyone, had a right to use it for their own purposes. 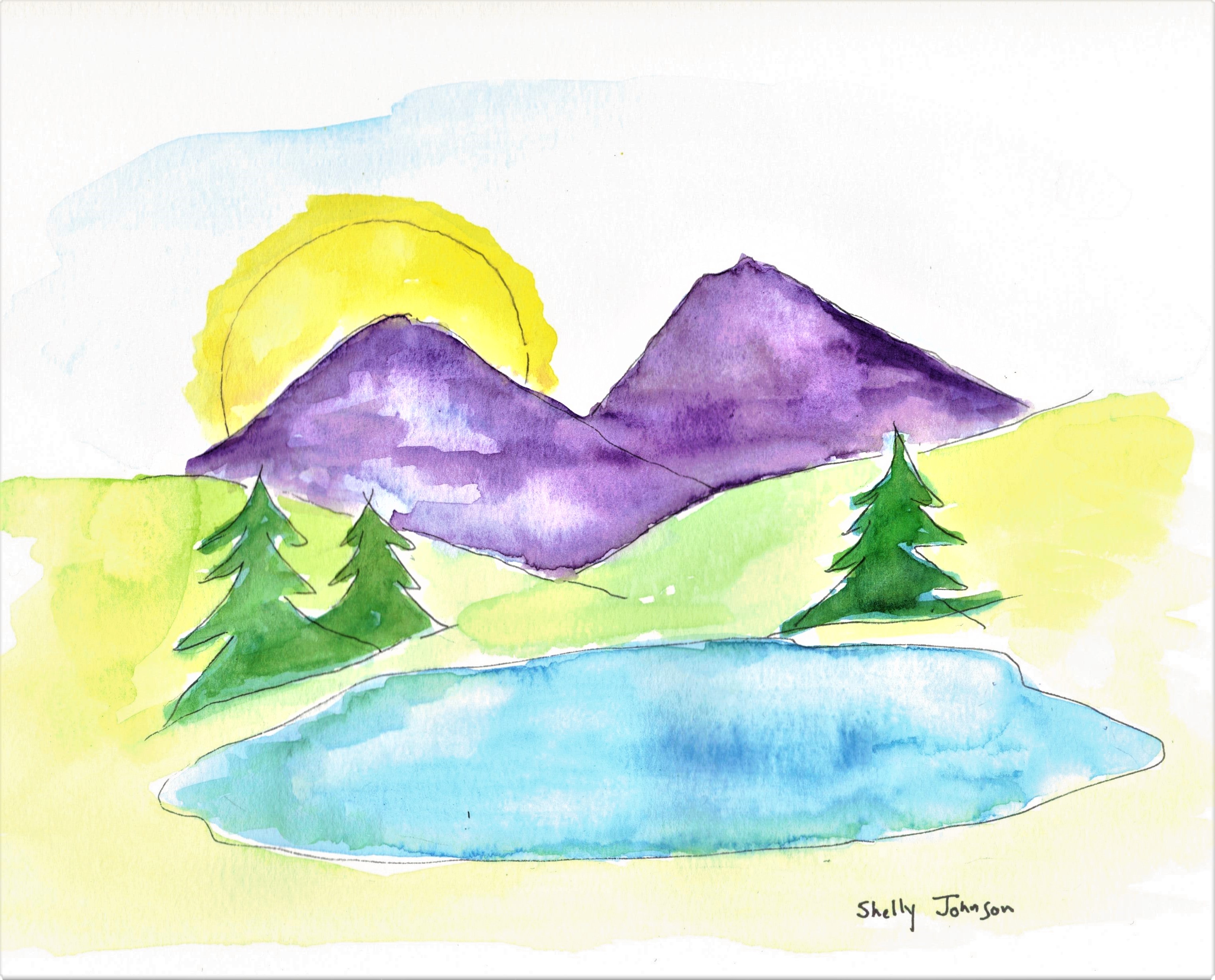 At first, basic survival was the primary motivation driving people’s use of the world’s wealth. People needed food, clothing, and shelter, and this required them to hunt animals for food and clothing; pick vegetables and fruits and berries to survive; cut down trees to make houses and boats; and cultivate land to grow crops.

History is full of stories of the skirmishes between various people groups, which were  fueled by their efforts to gain control over these various forms of wealth.

These skirmishes, among other things, eventually drove people to develop various tribes, nations, and states, which eventually grew into large kingdoms and empires. (I will refer to these aggregates as empires for the rest of this post.)

The benefit of empires was significant. They could multiply manpower, divide labor, and better acquire, fight for, and manage the distribution of wealth.

But there was a significant downside to empires as well.

They established rulers like kings or pharaohs or emperors. While these rulers often created law and order in the empires, they also tended to be all-powerful. They primarily decided what wealth would be acquired; who would acquire it and in what manner (like through war or labor); and how the wealth should be distributed throughout a kingdom.

And, of course, the ruler almost always decided that the wealth should primarily benefit him, his family, and a few of his buddies.

Most empires were marked by significant and unequal hierarchies. For instance, a very wealthy ruler controlled the empire. He had a group of elite workers like lords, knights, ministers, priests, and counselors that served him. These elite workers depended on the ruler’s generosity for their livelihood and often enjoyed a great deal of wealth through their association with the ruler. 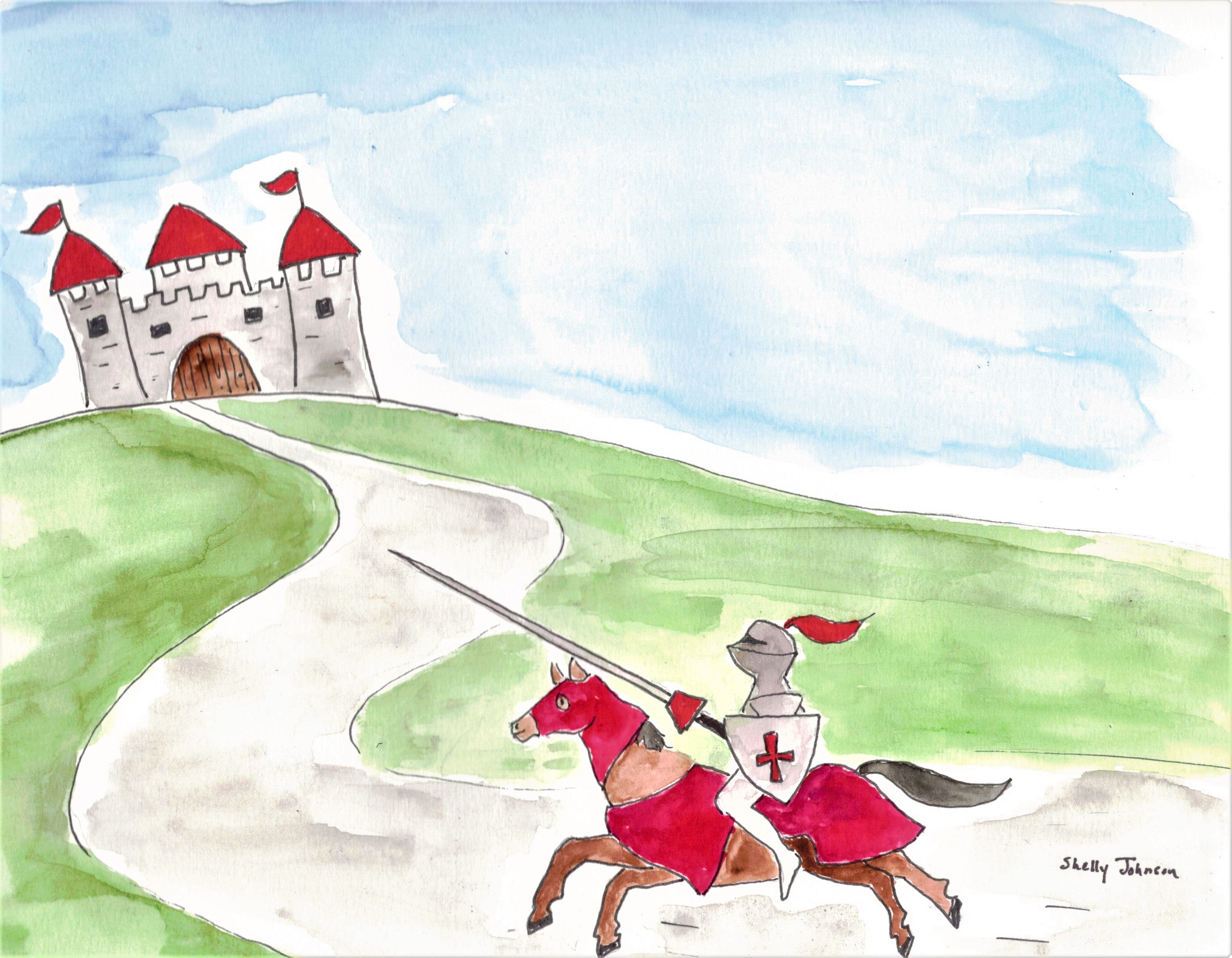 On the other hand, most of the rest of the people in the empire were extremely poor. They were often slaves or worked for subsistence wages growing food for the rulers, mining wealth from the land, fighting wars, or doing other various work for the empire.

And this is how people lived for a long time—very wealthy rulers, a small sort of wealthy ruling class, and the rest of folks living very poorly.[1]

What Changed All This?

For thousands of years, most of the world’s wealth went to enriching the lives of rulers or building pyramids or palaces or cathedrals or city walls. Eventually, some individuals realized that they could use wealth to generate more wealth.[2]

So private citizens started doing things like investing money in ships in which they could sail to new countries; purchase or steal goods needed and desired in their home country; and then return home and sell these goods at a profit. And then they could invest this profit in building more ships that could sail forth in search of more profit.[1]

And so, the economy in the world shifted from people extracting wealth from the earth to cover basic subsistence needs, enrich rulers, and build public monuments. And private individuals began various enterprises (merchant ships were just one such enterprise) that allowed them to use wealth in order to generate more wealth.

And capitalism was born. 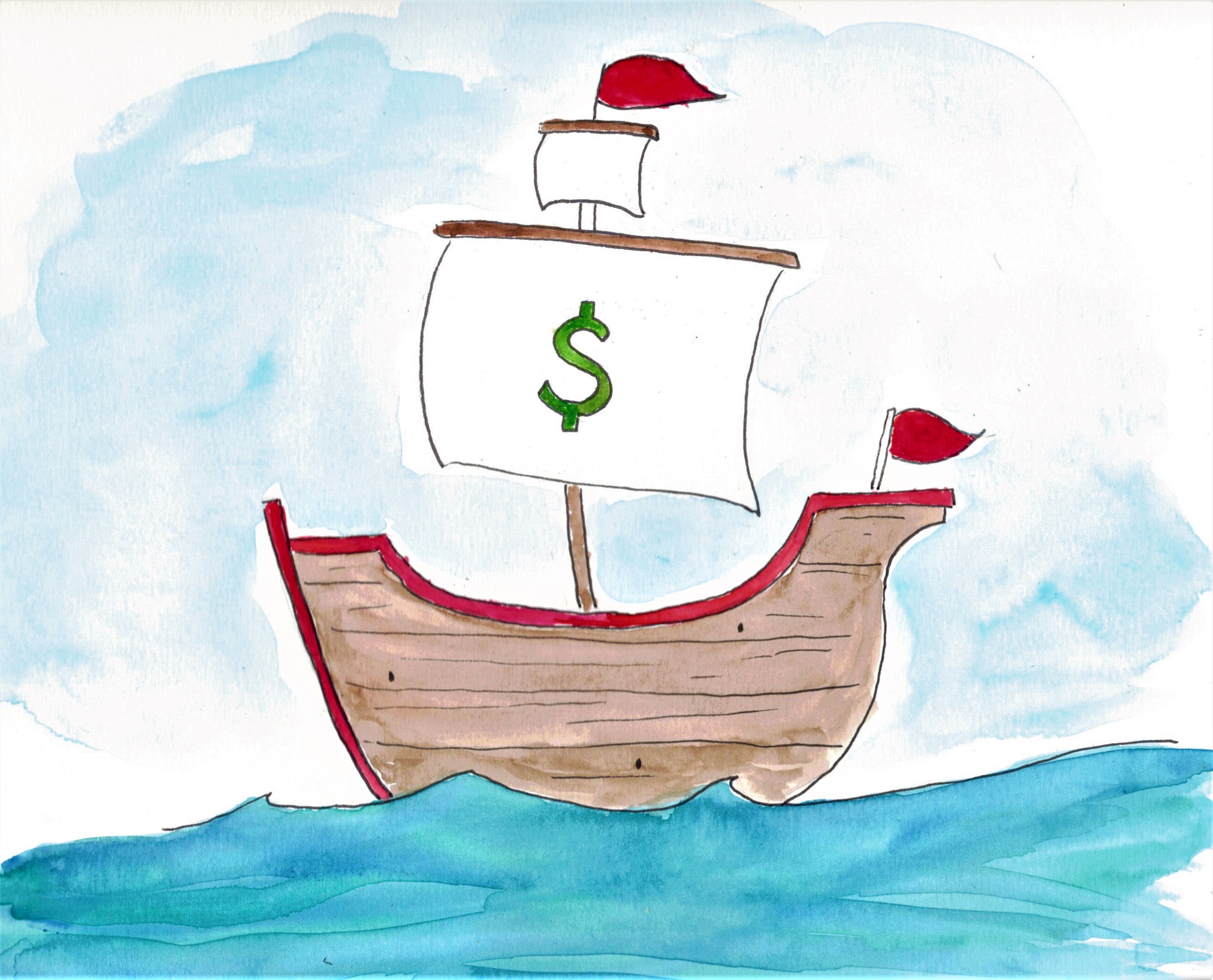 In capitalism, private individuals, rather than the public or a ruler or the government, own companies that appropriate natural resources or the services of individuals (or both). The private business owners set prices for goods and establish wages for workers. They also decide what to do with the profit of the company—for instance, whether it should be reinvested; given back to workers in the form of bonuses or higher wages or medical benefits; or, as another example, given to CEOs or shareholders or whatever.

The ideal of capitalism is that free individuals can compete in a free market to provide the best services for the cheapest prices for the most people. The ideal in capitalism (so the argument goes) is that everyone wins.

That is because public goods and programs like this are funded by taxes, and since a purely capitalist system has no public ownership of wealth, there are no taxes to fund these public services. Thus, in a purely capitalist state, the existence of the above programs and other programs aimed at the public good would be left to the discretion of private funders who may or may not decide to fund them. If they did fund them, they would decide how much to charge for the services.

The purported primary goal in a capitalist society is generating wealth or making money, which may or may not occur.

Socialism, on the other hand, is an economic theory that advocates for public or state, rather than private, control of certain aspects of economy and natural resources.

For instance, the government or public might maintain some or total control of natural resources so that they decide how these goods are distributed. They may also maintain some or total control over how the profits from companies are taxed and distributed. In some socialist states, the economy is centrally planned, and the government sets the prices for goods sold in the country, although this is not uniformly the case in all socialist countries.

It is important to understand that there are many different forms of socialism[4]. There are some forms that advocate total government control of all aspects of the economy and a nation’s wealth. In this type of country, the government would maintain control of natural resources, businesses, and profits. In some of these states, it is often one party, rather than the public, that controls and manages economic goods.

There are other kinds of socialist countries and states, however, in which the government only owns or manages certain aspects of the economy. In addition, in some countries or states, socialist governments are imposed when one party seizes control of the state, such as in a revolution. However, in many socialist or semi-socialist countries like Denmark, Sweden, Norway, and the Netherlands, the people decide through democratic process and public voting to provide various socialist services to the public.

Most socialist countries are not interested in making everyone completely equal. Rather, the ideal of many socialist countries is to provide basic goods such as food, housing, water, education, and medical care to everyone so that people have their basic needs met and so that everyone had a reasonable chance at pursuing a free and good life. Inequality is permitted in these socialist societies—just not drastic forms of inequality which reduce quality of life for everyone, so the reasoning goes.

The purported primary goal in a socialist society is caring for the common good, which may or may not occur.

You can read more about the contrast between capitalism and socialism here. 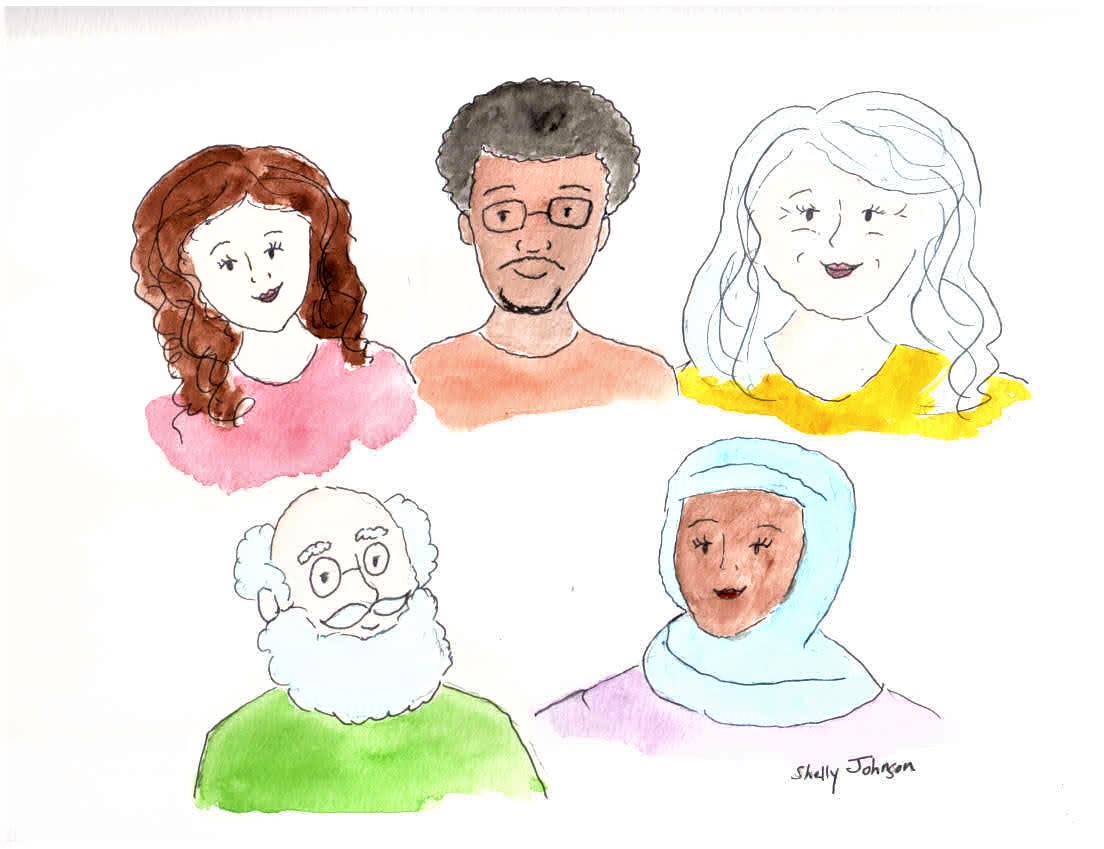 Capitalism and Socialism Exist on a Spectrum

It is important to note that there is no purely capitalist nor purely socialist nation today. So, for example, there is no nation in which all property is privately owned (non-publicly owned) and that is completely driven by market forces without any government intervention or regulation whatsoever. (You can read more about this, especially from the U.S. point of view, here.)

By the same token, there is no purely socialist nation today in which everything is publicly owned and in which the government, people, and businesses are completely unaffected by market forces.  For example, China, which is a socialist country, does not allow private ownership of land, but it does allow private ownership of houses and apartments. And while the government still retains much public control of the wealth in China, there is a growing private sector as well. 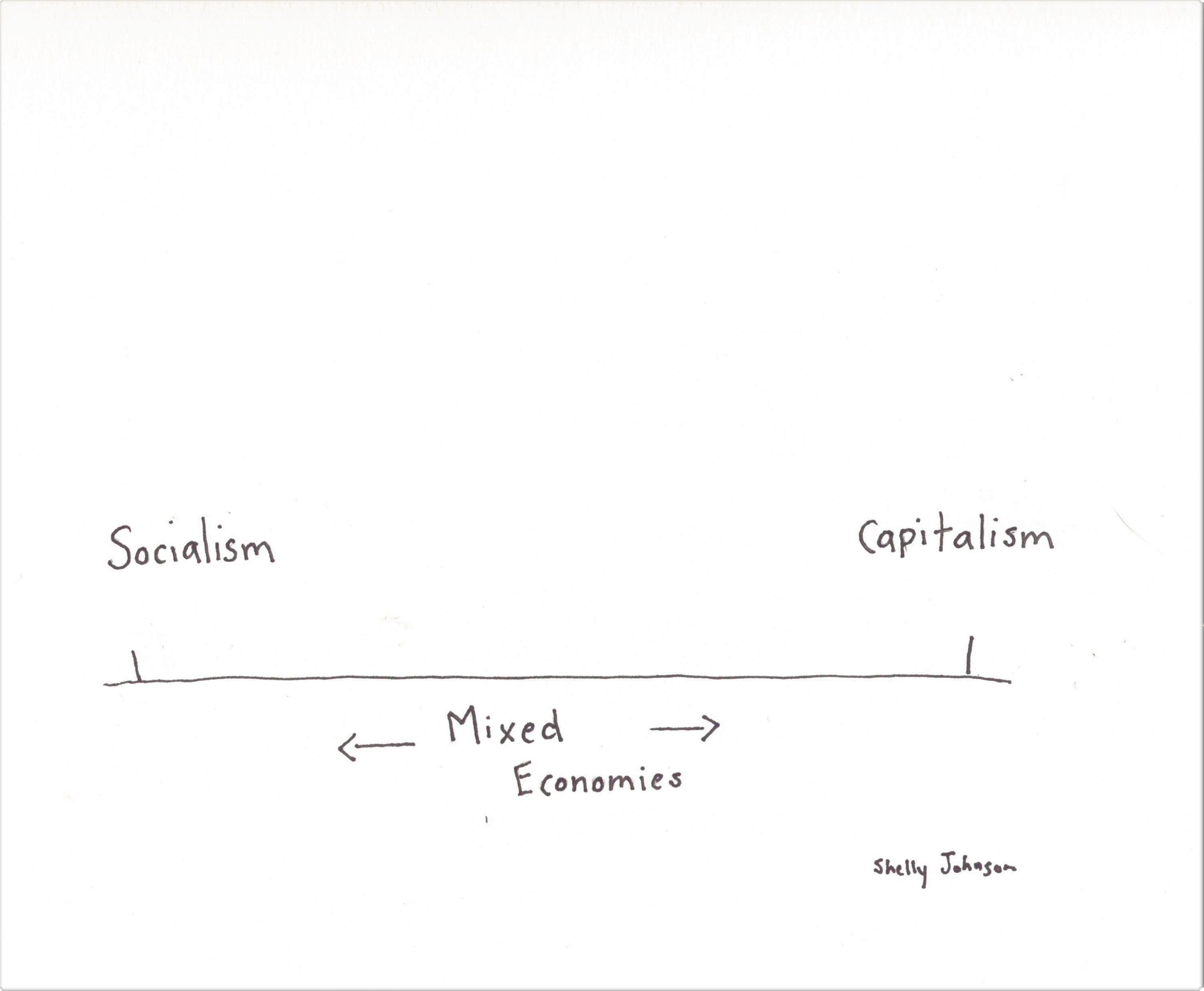 For example, in the United States, examples of publicly owned goods are public schools, public roads, and public libraries. In addition, when the government regulates workplaces and establishes work safety rules and enacts child labor laws in the U.S., this is an example of the government regulating market forces, although the government does this through democratic legislation.

The focus of this post is on socialism, why people fear it, and whether they should do so. So, a good question at this point, having covered the basics of capitalism and socialism, is “Why do people think socialism is a good idea and even preferable to capitalism?”

That is the subject matter of the next post, which you can read here:
What is Socialism? Part #2

[1] One of the best examples of this is the feudal system which existed in Europe for hundreds of years. You can read more about this here.

[2] Because I necessarily must limit the scope and depth of this post, I must also gloss over (and, therefore, over-simplify) complex important historical events such as the development of capitalism. Apologies to my readers (especially my readers who are historians). You can find a more in-depth discussion of the rise of capitalism here.

[3] The Dutch East India Company was one of the first successful examples of this. You can read more about this here.

[4] This article suggests there are at least forty.