This post is about property destruction and police violence, examine from a different perspective than we normally think about it.

To examine this issue from a different perspective, I would like you to imagine the following scenario. (Trigger warning: This scenario has some violent content in it.)

Imagine that you are living in your house peacefully. You obey the laws of your country and nation, and you are a good neighbor.

One day, a neighbor who lives one street over from your house—I will call him the VN, Violent Neighbor–starts walking around your neighborhood suspiciously. To everyone’s horror, he starts killing the pets of your neighbors.

Your neighbors complain to the police, and no one responds.

And then the next day, to your horror, the VN kills your beloved pet who is sunning himself peacefully in your back yard. You are horrified, and you call the police. To your shock, no one responds. Or if they do, they tell you to obey the law. They warn you not to retaliate against your neighbor.

You feel so appalled by this show of apathy that you write your local newspaper. They also feel horrified and write some news stories about these terrible events on your street. 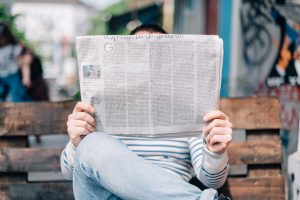 And people are upset. They vow action. But pretty soon the furor dies down, and everyone grows interested in other things.

You are alone now with your trauma and your terror. No one is coming to help.

You are angry, and you feel betrayed and alone. But you rally, and you hope and pray that the nightmare is over. You mourn your pet and work on caring for yourself and your neighborhood. And you begin to believe that this atrocity is just a one-time event.

Sure, the VN takes a break for a while. But soon, he is back at it. You see him cruising your neighborhood, and one day he starts vandalizing cars, breaking windows, and keying doors. He curses and shouts all sorts of obscenities and threats at your neighbors. And he even threatens you and your family as you are walking on the street.

Terrified, everyone rushes into their house.

Once again, you call the police and no one responds. Or if they do, they tell you to obey the law and not to retaliate against your neighbor. 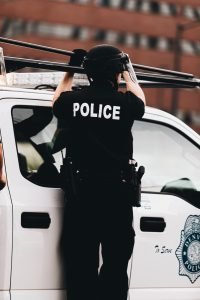 So you write the newspaper again, and the same thing as before happens. They feel horrified, and they write some news stories about it. People are upset, but eventually they lose interest and go back to their everyday affairs.

You are alone and terrified. No one is coming to help.

This time, you try to talk to neighbors in adjoining streets and ask for help and protection. Everyone you talk to is apathetic or nervous about getting involved. Several suggest that you and your neighbors probably did something to deserve the violence you have suffered.

Eventually, you decide that you are going to have to try to talk some sense into you VN. So, as terrified as you are, one day as you see him cruising around your neighborhood, you go out, peacefully and unarmed. You don’t want to escalate situation.

And you try to start a rational conversation with him in which, hopefully, you can resolve this terrible problem. Before you get three words out, your neighbor sprays you with pepper spray and chases you down the street with a baseball bat he pulls out of his back seat.

This happens with every neighbor on your street who tries to talk to him.

Again, you call the police; write the newspapers; and talk to neighbors on adjoining streets, pleading for help. You receive the same response as before. And then the unthinkable happens. 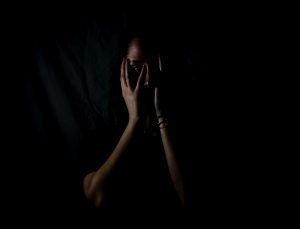 The VN kills somebody on your street, your kind old neighbor Fred, as he is weeding the flower bed in his front yard.  You call the police again. Nothing.

You know it’s only a matter of time. Other people on the street are going to be killed. This VN has been doing his thing with impunity, and he is not going to stop. You know you are your family could be next. You know that no one is coming. No one is going to help.

Your life has become a living Russian Roulette Game.

What do you do?  What would most people in the U.S. do at this point?

You Know the Answer

I think you know the answer to this question. If someone killed your pets, vandalized your home and cars, and killed people in your neighborhood, you would feel outraged. And if you knew that there was a good chance that you would be the next target and no one was going to help you, you would take matters into your own hand.

You might possibly go on the offensive and destroy the property of your neighbor as a deterrent. More likely, you would resort to actions more aggressive than this. And you probably wouldn’t wait until it escalated to murder. You would probably act on the offensive as soon as the first violent events occurred and no one replied to your calls for help. 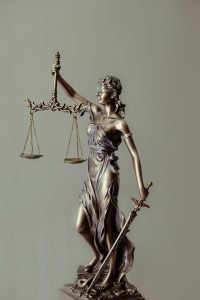 But let’s say that you couldn’t get to your violent neighbor.

Let’s say that he had a house with walls around it. And let’s say he fortified himself inside of it because he had heard about your plans to retaliate against him.

But you knew he was just biding his time and would soon attack again. He had already threatened you explicitly that he would do so.

What might you do then, knowing that everyone you had spoken to before had ignored your pleas for help and was generally apathetic or obtuse about your situation?

I think you would probably do something that would get people’s attention and that communicated that you meant business. For instance, you might destroy public or private property.

A Second Thing to Consider

Something similar to the above scenario happens regularly, perhaps even weekly, in neighborhoods all across the United States.  Black people, especially black men, most of whom are peaceful, unarmed, and non-resisting are being killed by the police.

It happens so often that police-related killings are a leading cause of death for young, black men in the United States. You can read more about this here.

And black people have protested and spoke out about this. They have complained to the police. To the newspapers. To other people in their nation. For years. Their cries for help have largely fallen on deaf ears. 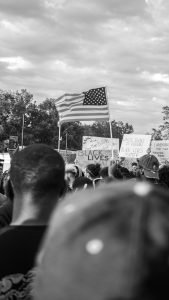 And the killing keeps happening.

Black men and the mothers and fathers of black men know that their loved one could be next—that they could be next. And no one has helped them no matter how much they report the problem to people, protested peacefully, and tried to reach a rational conclusion. They are caught in a Living Russian Roulette Game.

What should they do? And what would you do?

What should we do?

3 thoughts on “About Property Destruction and Police Violence”