Can self-help perpetuate injustice? I write about self-love and body-love a lot on my blog because I want people to learn to love themselves better in order to live a more integrated, peaceful, and powerful life.

So it may seem strange on such a blog for me to write about self-help hurting people and perpetuating injustice. After all, much of what I write falls at least partially into the self-help genre.

And, indeed, I think it is wise for people, as much as they are able, to engage in practices and mindsets that are helpful and supportive to themselves.

For example, as I have written about in other posts, I realized at one point in my life that I engaged in self-undermining and self-destructive practices like consistently harsh self-criticism and acute perfectionism.

I personally have experienced helpful change by incorporating some self-help like practices. These are practices like pledging to be my own best friend, encouraging myself, and adopting a playful mindset (instead of my perfectionist mindset) towards life.

Self-help philosophy can indeed help us when it illuminates ways we undermine, sabotage ourselves, or make our life far more complicated and painful than it needs to be.

And all of us have tendencies to engage in unhelpful or unskillful practices like this. None of us comes into the world knowing perfectly how to be a human being. So, it is normal that in trying to live our life and develop our personality that we make mistakes and develop some bad habits along the way.

This is similar to any new skill we try to develop. For example, we can make mistakes and develop bad habits when we are learning to run, to cook, to speak a new language, to care for our bodies.

Sometimes we develop bad habits or mistakes in these areas because of our own misunderstandings, and this is when self-help advice can be very useful.

Sometimes we develop these mistakes, however, because of mis-education from harmful cultural messages, practices, and institutions.

And this brings me to my main point in this post.

When Self-Help is Harmful

It may seem odd to suggest that self-help can harm us and perpetuate injustice. I mean, what could be harmful about trying to help ourselves?

An example may help to clarify. Let’s imagine three people who are running a race. All three line up at the starting line, waiting for the signal to begin the race (a horn blast). Now imagine that before the horn blast, someone comes along and straps two heavy weights onto the legs of one of the contestants.

Now imagine that a running self-help enthusiast (I will refer to him as Mr. SEN[1]) is at the finish line. After the race, he approaches the runner with the heavy weights strapped to his legs and counsels the runner on mindsets and practices he can develop in order to run faster.

Imagine if the runner starts to believe that losing the race is his fault, as a result of Mr. SEN’s advice.

If we were present at this conversation, we might interject and say, “Wait a minute, Mr. SEN. The problem is not the runner’s mindset or practices. The problem is that someone strapped heavy weights to his legs before the race. And this put him at a significant disadvantage. The race is unfair and unjust.”

In this example, Mr. SEN’s advocating self-help to the runner misses the point. It overlooks the injustice or unfairness of the race conditions. And that is why his self-help advice is harmful. 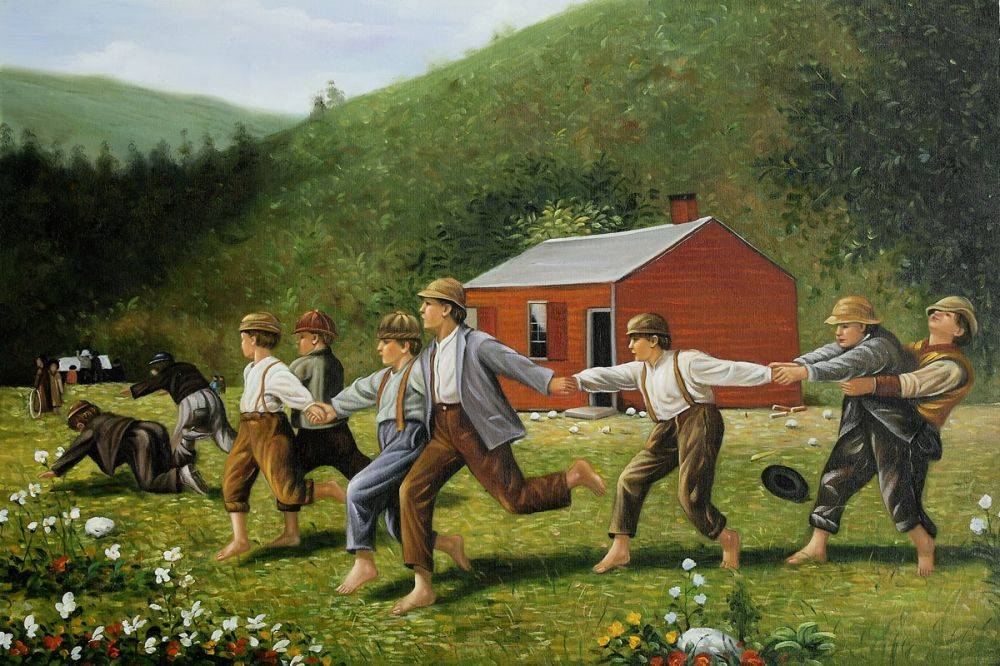 This Brings Me to American Individualism

Self-help philosophy definitely has its place in our cultural milieu. But self-help becomes harmful when it ignores the way in which society can metaphorically strap weights to people’s legs. Such weights drag them down in their attempts to participate in life.

Self-help harms people when it suggests that people’s success is merely a matter of having the right attitude or the right practices.

This message of some self-help philosophy is harmful because it is false. And it touches on one of the key myths of American individualism.

American individualism suggests that you are simply what you make of yourself. And it further suggests that if you just work hard and do the right thing, you will be successful. This idea can sometimes be inspiring. In the best scenarios, it allows people to be the boss of themselves and to reap the result of hard work.

However, this idea is, at best, only half of the story. And in many cases, it is completely false and a distortion of reality. It is actually a myth.

The Weight We Place on Each Other

For example, in his book The Souls of Black Folk, D.E.B. Du Bois discusses the way in which negative attitudes and practices towards emancipated slaves affected them long after the Civil War. 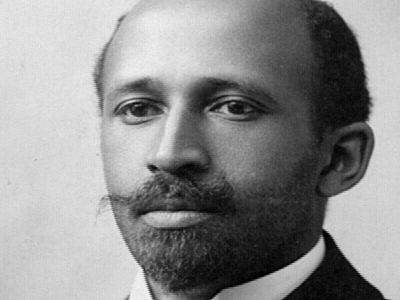 After emancipation, many people argued that the freed slaves needed education and given job training so that they could fully assimilate into society.

Such education was essential because a majority of slave owners had prohibited their slaves from learning to read, write, or engage in any other type of formal education. The general sentiment in the South was that education made slaves unfit to be slaves. As a result, many southern states or towns had laws against educating slaves.

In addition, few slaves were given any type of job training and were confined their whole life to doing one job like picking cotton or being a house servant. Such conditions, along with prejudice, made it almost impossible for most slaves to find a way to provide for themselves after they were emancipated.

Congress originally began the Freedman’s Bureau to provide this crucial training and education for slaves. And then some congressmen decided that it was a waste of money and that the freed slaves could just educate and help themselves. (You can read about these issues in chapter 2, “Of the Dawn of Freedom”, in the The Souls of Black Folk. A link is at the end.)

It is hard to understand how these congressmen thought that a group of people completely deprived of education for hundreds of years was going to educate themselves. What is even harder to understand is why most Southerners refused to teach freed slaves. And then they also simultaneously blamed the former slave community for their lack of education and job skills.

This description of the status of freed slaves is not a criticism of emancipation. It is a criticism of the way in which society strapped heavy weights onto emancipated slaves’ legs and expected them to run the societal race just like everyone else.

The effects of slavery still linger today and negatively affect members of the African-American community (as well as other minority communities). This is a problem that both black and white authors such as Cornell West, Angela Davis, Miles Horton, and Jonathan Kozol have researched, written about, and worked on extensively. (See their respective books Prophesy Deliverance, Are Prisons Obsolete?, The Long Haul, and Savage Inequalities). 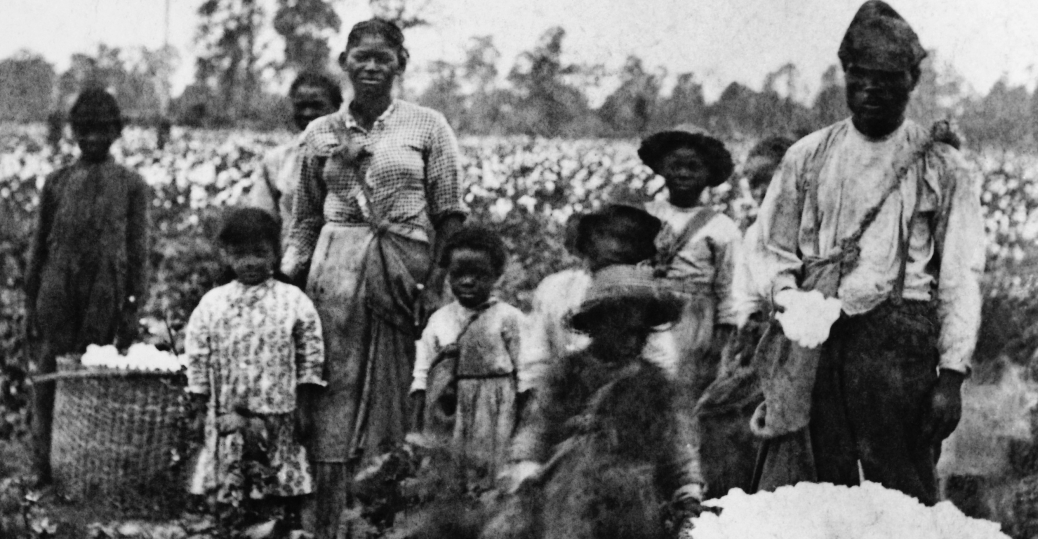 As another example, many researchers have written about the way in which NAFTA destabilized the farm industry in Mexico. it subsequently destroyed the ability of many Mexican farmers to make a living and support their family. (You can read more about this here.)

I doubt that very few (if any) of the proponents of NAFTA planned to destroy Mexico’s corn market and undermine the livelihood of Mexican farmers. Nevertheless, NAFTA indeed strapped metaphorical weights onto the legs of many Mexican families.

In these cases, it is our moral responsibility to examine how we have knowingly or unknowingly been complicit in profiting from historical inequities. And we must work for a society that supports everyone’s ability to be a full participant in society.

The Weight of Low Compassion

One of the biggest weights we place on one another is the weight of low compassion. This weight is often a direct result of the myths of American Individualism.

Life is difficult. Almost all of us experience tragedies that cause us suffering. When people are suffering, the moral and loving thing to do is to sit with them in their suffering. Unfortunately, another myth of American Individualism often prevents us from being able to do this well.

American Individualism suggests that success is the most important thing. And it further suggests that if we try hard enough, we can be successful. This is a myth, and it is a mistake to think this way about human beings. (I wrote here about a time in my life that caused me to stop believing in this myth and to embrace vulnerability and compassion.)

When we expect people to get over suffering and tragedy quickly and get on with their life, we are failing to treat each other morally.

What is the Alternative?

So, I have made two seemingly contradictory claims in this blog post. First, I have suggested that self-help can empower us.

Second, I have also suggested that self-help can be extremely harmful. That is because self-help sometimes denies the weight society and life can place on individuals. This denial decreases our compassion towards other in their suffering. As such, it can perpetuate injustice. I have also argued that myths of American Individualism play a major role in this problem of some self-help philosophy.

Is there a way to resolve this contradiction? I believe there is. Here are three ideas about self-help, self-love, and creating a better society:

One: Authentic self-help should help strengthen an awareness of our dignity as human beings. And it should make us more aware of the dignity of everyone else.

Two: Authentic self-help should strengthen our desire to remove as much weight from each other as we can and stop placing any further weight on each other. We should care about how society does this as well.

Three: Authentic self-help should empower us to show more compassion to others suffering from injustice. It should help us shatter the myths of American Individualism.

This Can Be Overwhelming

I want to encourage you to slow down, breathe, and focus on one thing at a time. You are not required or able to solve all the problems of the world. All you are required to do is to set the intention to act with love, justice, and compassion.

Here is a good, authentic self-help idea to end with: small steps done consistently over time make a big difference (and if you decide to do big steps, that’s great, too).

If you enjoyed this post, consider sharing it on social media.

[1] SEN is an abbreviation for self-help (S) enthusiast (EN).

7 thoughts on “Can Self-Help Perpetuate Injustice?”