Snowflake: In the past seven eight years or so, this has become a common term of derision. The question is, what does the insult “sensitive snowflake” mean?

Where Did it Come From?

In the 70’s, it was also apparently used as an insult to suggest that a black person was acting too white.[1]

Chuck Palahniuk has taken credit[2] for the recent evolution of the term. In his book, Fight Club, there is a line in which one of the main characters, Tyler Durden says, “You are not special. You are not a beautiful and unique snowflake.”

Whether Palahniuk did or did not inspire the modern iteration of the insult snowflake, this usage of the term in Fight Club certainly mirrors the way people currently use it. Typically, when someone calls someone else a snowflake, they insult the other person for being overly sensitive or emotionally fragile. 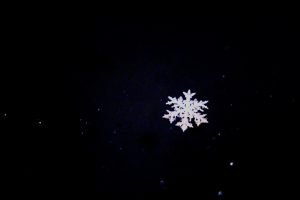 The term is generally used today by some conservatives[3] to attack liberals concerned about social justice issues.

For instance, when folks protested Donald Trump’s policies at the beginning of his election, Kellyanne Conway said in an interview, “We are just treating these adolescents and Millennials like precious snowflakes. I’m amazed as how many texts and e-mails I’m receiving of all these professors saying you don’t have to take the test, you get college credit if you protest.”[4]

Even Arnold Schwarzenegger made national headlines when he responded to an internet heckler who called him a snowflake. The heckler did this in response to Schwarzenegger’s criticism of Trump’s stance on coal.

What’s Really Going on With This Insult

There are many things that are interesting about the recent evolution of this insult. For instance, it seems that calling someone a snowflake demonstrates inconsistent thinking.

To illustrate what I mean by this, imagine the following scenario.

Let’s say that I have a friend Mike. And let’s say that I also have another friend named Karen, a millennial who protests expressively something the President has done.

One day I overhear Mike call Karen a snowflake. And I say to Mike, “Hey Mike, why not just ignore Karen when she is expressing her feelings, rather than calling her a snowflake?” 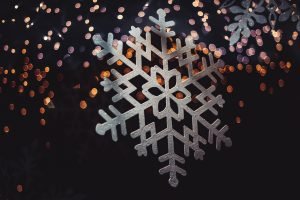 I suspect that Mike might reply, “Because I think a lot of people like Karen are just too sensitive today. And I think they need to grow up and stop getting their feelings hurt so easily.” (These are typically the reasons I have heard people give for finding apparent “snowflake behavior” so offensive.)

If Mike answers in this way, he expresses strong feelings about people expressing strong feelings. He says, more or less, “I don’t like it when people like Karen get upset about political matters, especially Trump’s policies.”[5]

And Mike is completely welcome to dislike it when Karen and other people express their emotions about politics.

However, it is odd for Mike to criticize Karen harshly for expressing her feelings. After all, Mike’s criticism results from him having strong feelings and feeling offended by Karen’s behavior. 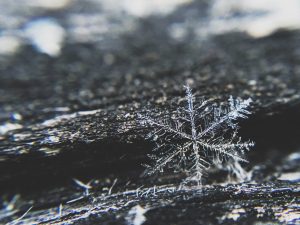 It Takes One to Know One

In fact, it seems that calling people a snowflake is actually an example of so-called snowflake-like behavior. “It takes one to know one,” as the saying goes.

Mike absolutely has the right to dislike all of these things. However, just because Mike dislikes Karen’s feelings or the manner or frequency with which she expresses those feelings doesn’t mean that Karen is wrong in doing so.

Perhaps Karen’s feelings are on point. After all, it is possible for a president or some other politician to do really awful, egregious things. And if a president did this, it would be our democratic responsibility to protest this behavior loudly, expressively, and frequently.

The suggestion that we should just stay out of politics and not get so worked up about things is not a democratic idea. In fact, our country began because a bunch of colonial snowflakes got really emotional about taxes. See Patrick Henry’s “Give Me Liberty or Give Me Death” speech.

After all, politics is about our shared life together, as well as matters of justice, equality, and personal flourishing. These are definitely matters we should have strong feelings about.

Perhaps the real issue at hand when we call other people snowflakes is that we disagree about the specific political matters about which we should be upset. For instance, perhaps Mike thinks that Karen is upset about policies that she doesn’t really need to be upset about.

Why Calling Someone a Snowflake is an Ad Hominem Attack

And this is what calling someone a snowflake is. It is an ad hominem attack. Ad hominem is an argumentative fallacy someone commits when he or she attacks a person instead of an argument.

And Ad hominem attacks can be pretty effective. No one likes to be attacked personally or to be called names. And when this happens, people often retreat, and it shuts down dialogue.

So, if our goal is to shut down dialogue and close off any opportunity for further conversation, by all means, we should continue to call people snowflakes.

But I think we can recognize that this is a dead-end road.

That’s is how our country started. 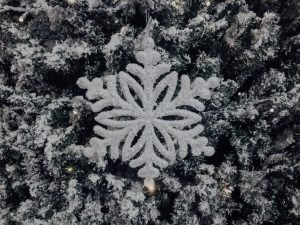 Photo by Chuttersnap, courtesy of Unsplash

Are We All Snowflakes?

If we are honest with ourselves, we are all snowflakes. We all have strong feelings about something. And all of us can feel fragile emotionally in certain situations. We all (or at least most of us) want to lead a good, just life with people we care about. And we feel this deeply.

Perhaps if we could better realize this common emotional vulnerability we share with one another, we could cultivate compassion. We could move past name-calling, and work on building a better life together.

This is Dr. Snowflake, signing out.

“I’m Just Telling It Like It Is”: I Don’t Think that Phrase Means What You Think It Means

[1] “No, ‘Snowflake’ as a Slang Term Did Not Begin with ‘Fight Club’: The lost history of ‘Snowflake’.” Merriam-Webster. 25 June 2018. https://www.merriam-webster.com/words-at-play/the-less-lovely-side-of-snowflake

[3] I know a great many thoughtful conservatives who never engage in this type of name calling. Thanks, Friends.

[4] Conway’s remarks criticized college students who missed class the day after Trump was elected because they felt too overwhelmed to come to class.

8 thoughts on “What Does the Insult “Sensitive Snowflake” Mean?”