Political Correctness: Is it bad? Is it good?

People have been criticizing political correctness a lot lately.

Everyone is Talking About Political Correctness

Nevertheless, the 2016 presidential elections brought the phrase politically correct into mainstream discourse. President Trump frequently criticized political correctness and suggested that criticizing and flouting political correctness was a badge of honor. For instance, during his run for office, he said this:

“I think the big problem this country has is being politically correct. [So], I have been challenged by so many people, and I don’t, frankly, have time for total political correctness. And to be honest with you, this country doesn’t have time, either.”

Trump’s rhetoric about political correctness certainly resonated with a lot of people. For instance, Clint Eastwood once said regarding political correctness: “Everybody’s walking on eggshells. We see people accusing people of being racist and all kinds of stuff. When I grew up, those things weren’t called racist.”[1]

In the same interview, Eastwood added that candidate Trump was just “saying what’s on his mind”. Eastwood suggests that this is why he was appealing to so many people. 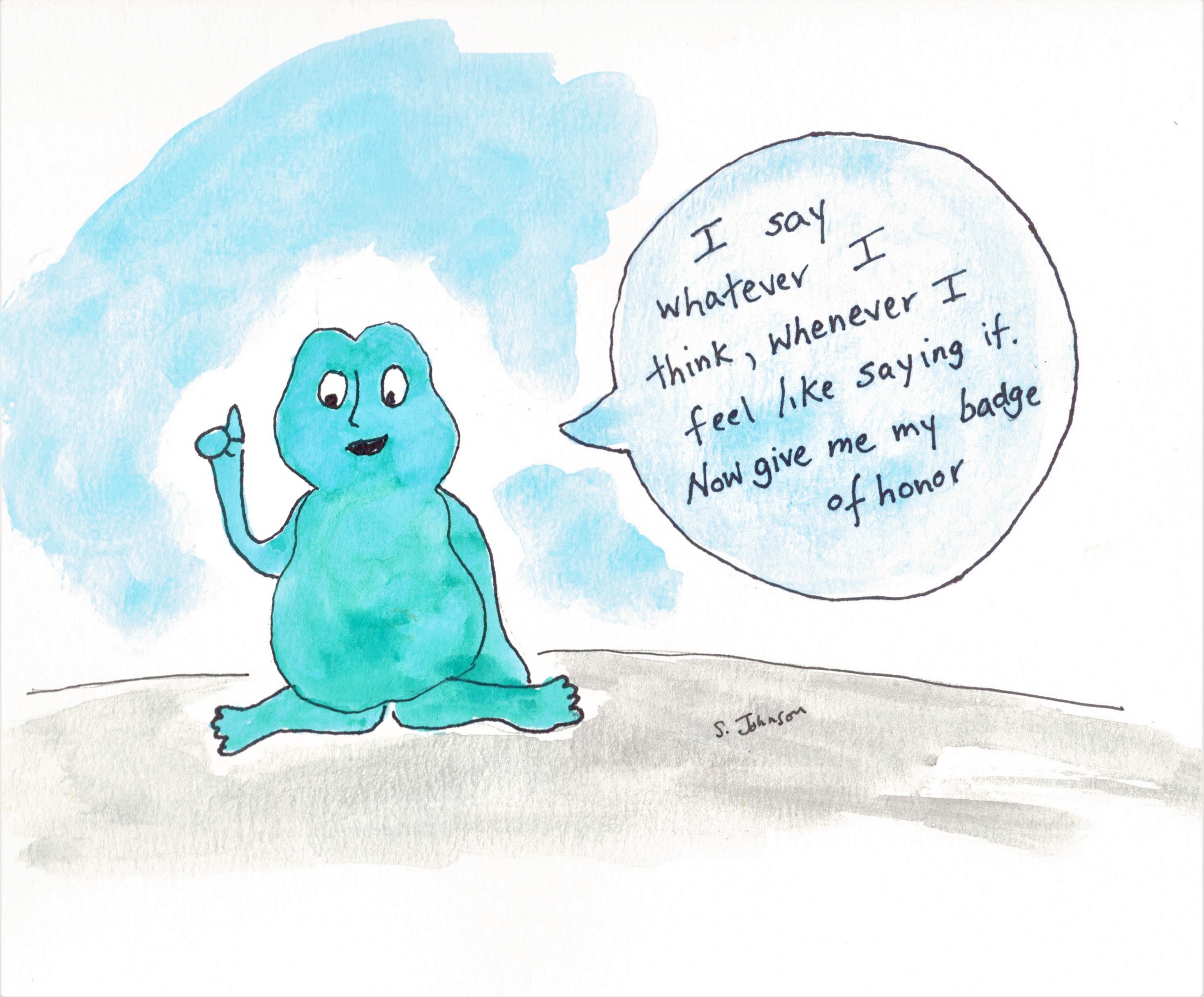 When people like the President and Clint Eastwood criticize political correctness, they are possibly criticizing a variety of things[2].  But I would like to focus on two specific targets of criticism.

One: When people criticize political correctness, they are criticizing people being too sensitive about stigmatizing and non-inclusive language.

For example, many people have criticized suggestions for using less stigmatizing to certain minority groups.

Some people criticize such suggestions because they believe they are unnecessary. Such critics often believe that people who worry about such things are being too sensitive. (This type of thinking is reflected in the now popular insult “snowflake”. You can read more about this here.)

Two: When people criticize political correctness, they are criticizing people whom they believe are afraid to speak unpopular truths.

Many people on television and in other public spaces praised President Trump for   flouting politically correct language and speaking hard truths.

What is Actually Behind This Criticism?

However, the appearance of virtue in these cases is indeed a façade. In order to understand why, we should revisit the two reasons I mentioned above that people criticize political correctness. And we should examine why these criticisms are actually unthoughtful, unethical, or both. 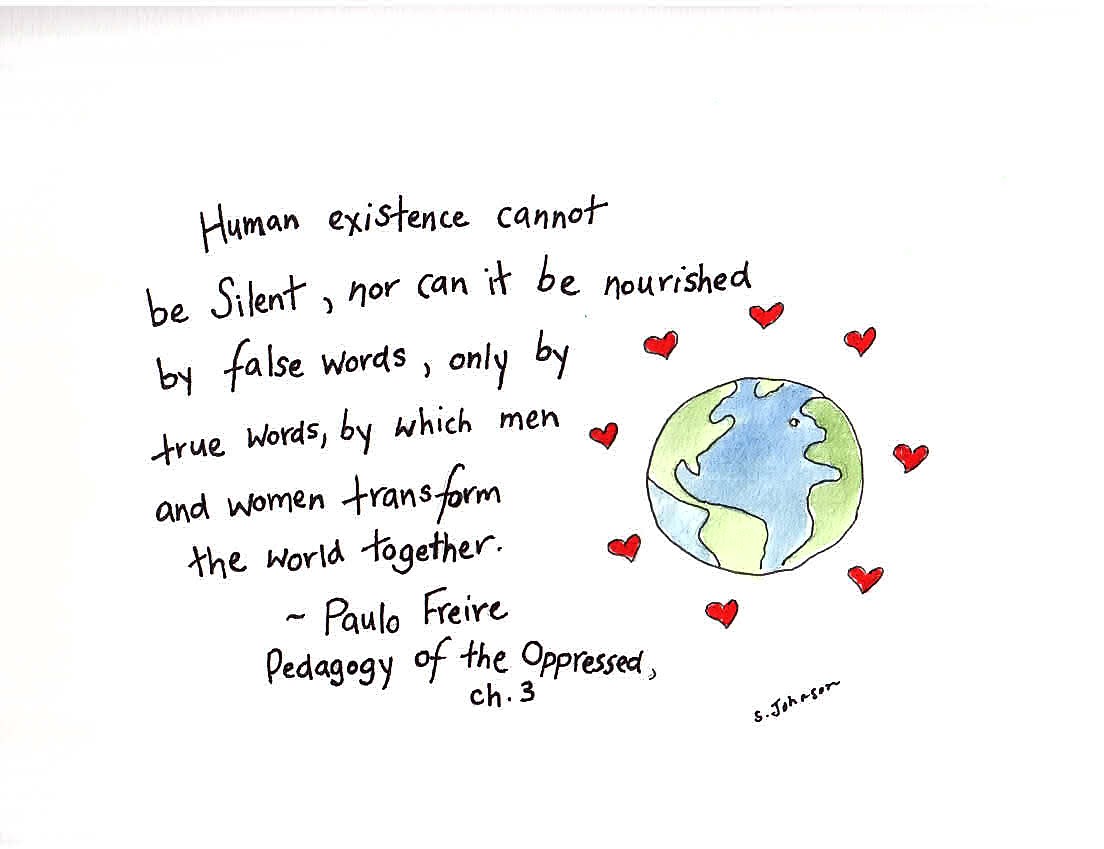 Claim One: It is politically correct and therefore wrong or stupid to encourage more inclusive language. People who encourage this are too sensitive.

When people encourage others to use more inclusive language, it is not because they are too sensitive. It is because language is powerful, and people often use it to exclude, dehumanize, and even destroy other people.

For instance, consider historical movements that have ended in human right violations. The people who perpetrate these atrocities always use derogatory and stigmatizing names to dehumanize people. For example, the Nazis called Jews rats before the holocaust. The Hutus called Tutsis cockroaches before the Rwandan genocide. And southern slave-owners regularly referred to slaves as animals.[3]

The connection of derogatory and stigmatizing language with violence is no imaginary or weak correlation.

Researchers such as Deborah Willis and David Livington Smith aruge that humans wishing to engage in violence against other groups use dehumanizing language to accustom the public to viewing these groups as less than human. Such language teaches others to view the disfavored groups like animals, diseases, or insects.

Why? Human beings have a really hard time psychologically depriving people of their rights (or killing them). Applying derogatory names to make people seem less human. In doing so, people desensitize themselves to cruelty and violence.

I don’t suggest that every time people use words like retard or welfare queen or illegal alien (please pardon these harsh terms again) that they intend to violate human rights. Rather, when people use these terms regularly and consciously, they are almost always used to dehumanize people in some small or large way.

As another example, consider the actions we take when we want to form bonds of respect and emotional closeness with others. We do not call these people names. Rather, we use terms of endearment like friend, brother, sir, ma’am, darling, sweetheart. Why do we do this? Because words are powerful. And our words either connect and include, or they stigmatize and exclude.

So, when people argue for inclusive, non-stigmatizing language, they are not doing it because their emotions are somehow excessive or out of proportion. Their emotions and intellect are exactly in proportion to the power of language.

Claim Two: It is politically correct and stupid to avoid speaking harsh truths about other people groups. People who speak hard truths about people from other countries are brave.

When we investigate the motive behind this claim, we find that it is often not virtuous. Rather, it is a façade for ignorance and prejudice.

When the President speaks “harsh truths” about people from other countries, he does not speaking the truth courageously and carefully. Rather, he states an impulsive opinion that ignores a large body of research. 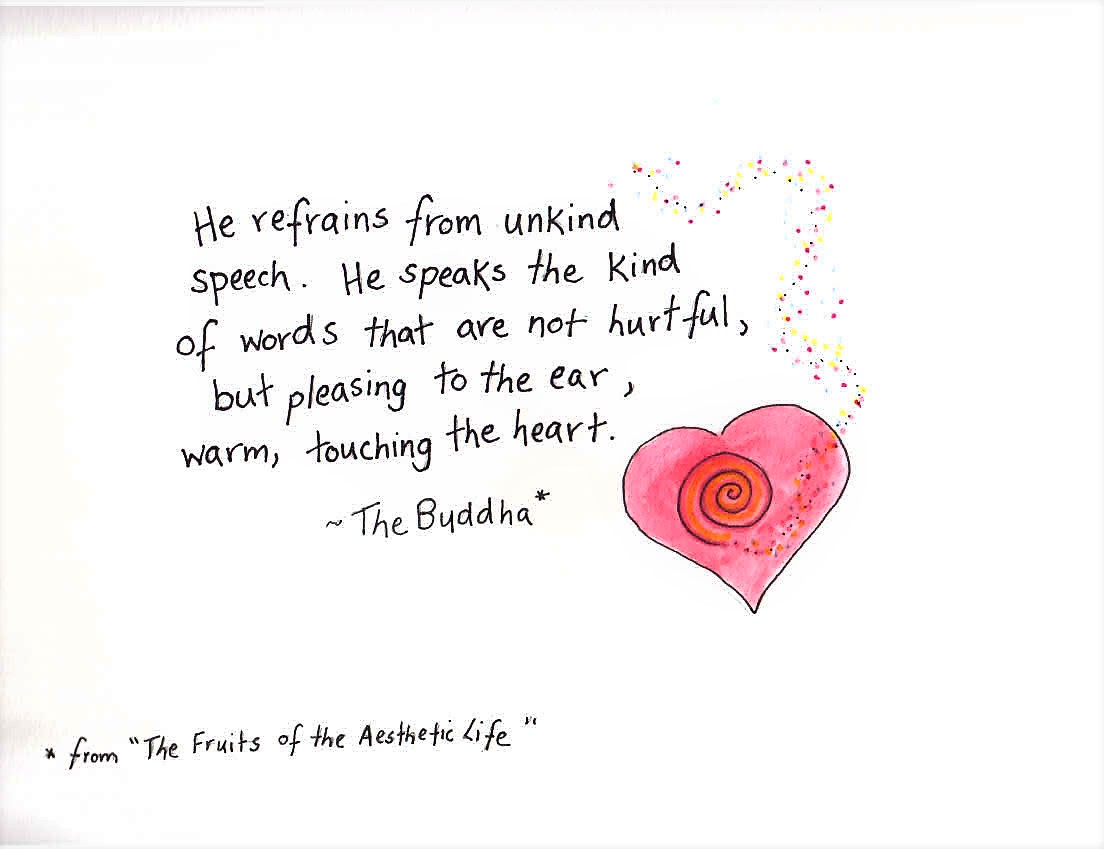 All major world religions and ethical systems speak of the importance of using words wisely and compassionately.

There are dozens of basic facts and statistics that counteract this claim. Here are four such facts or statistics:

One: Consider that it is really, really hard to come to the United States as an undocumented immigrant. Immigrants have to cross a vast, rugged, and hot desert on the way. And they risk their lives to do so (many of them die on the way[4]).

Or they have to pay a great deal of money to border smugglers, who are potentially dangerous, to help them cross.

Why do they do this? Because they love their families and have a powerful vision of beginning a new life in America.

This suggests that undocumented immigrants are incredibly brave, resilient, visionary, and hopeful. This sure sounds like Mexico’s best.

Two: The description of undocumented immigrants above actually sounds a lot like the colonists (read immigrants) who came from England (and other countries) and established the United States.  These colonists often braved extremely dangerous sea voyages and desperate conditions when they first arrived in the Americas.

Why did they do this? Because they love their families. And they have a powerful vision of beginning a life in America.

Does the President think that the colonists (and our nation’s citizens, by implication) were not the best? 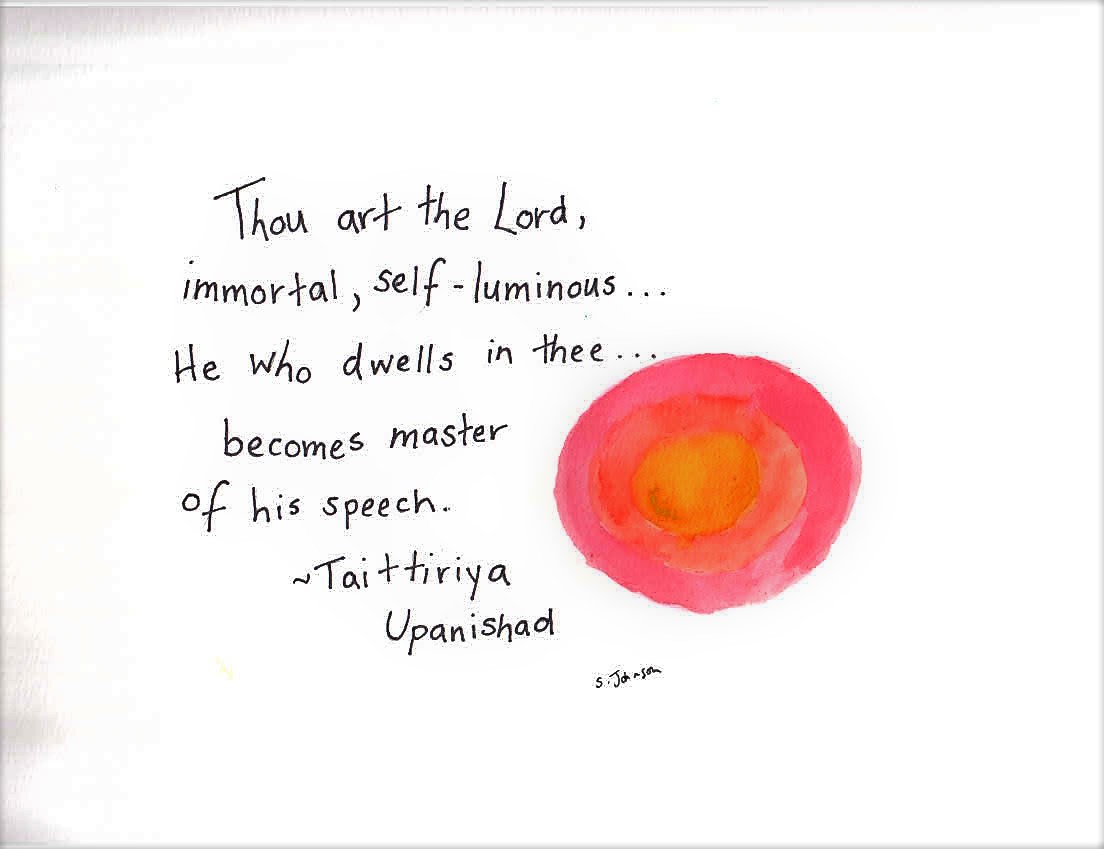 Three: A recent study from UC Irvine and UCLA suggests that Mexican immigrants are actually the most successful U.S. immigrants.

This is not surprising given the strength and resilience Mexican immigrants must demonstrate to make it to the U.S.

Four: Many studies, even ones from conservative institutions like this one, suggest that immigration helps the U.S. much more than it hurts the U.S.

Studies like this suggest that immigrants give much more than they take to our economy.

These four points alone (and there are many others like this[5]) suggest that when the President’s comments about immigrants are not courageous truth.

Rather, they are hasty generalizations and ad hominem attacks. And truthful people can easily disprove them by counter-examples, easily accessible statistics, and careful and thoughtful reasoning.

And unfortunately, the President engages in this kind of reckless reasoning and rhetoric quite frequently.

For example, last year he reported that Sweden was experiencing a major crime wave due to their admittance of refugees. He said this included a recent terror attack. It turns out that there is was no recent terrorist attack. And furthermore, easily accessible statistics show that “Crime rates in Sweden have stayed relatively stable over the last decade, with some fluctuations.”

When the President and other people criticize as politically correct people who refuse to speak about “harsh realities” like this, they are not virtuous. 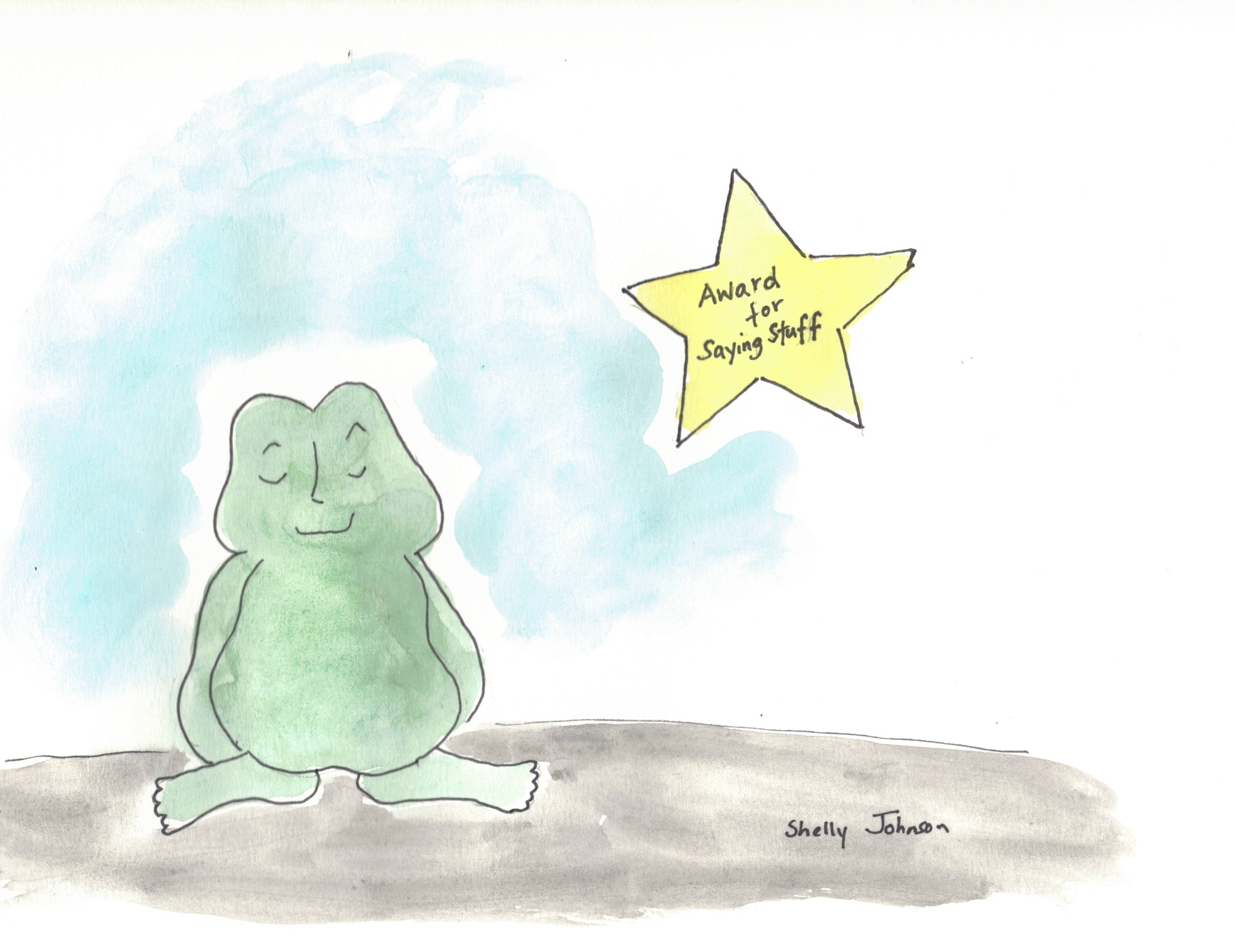 In contrast, it is actually the people who are engaging in supposedly “politically correct” language in this case are the virtuous ones.

Many people in current political discourse continue to criticize political correctness as sentimental, soft, sensitive, and out-of-touch with reality. This type of criticism sounds tough, But it is often a façade for cowardice, prejudice, and careless reasoning.

This type of rhetoric dulls our thinking, harms our country’s reputation, and weakens our moral fabric.

If you enjoyed this post or found it helpful, please consider sharing it on social media.

[1] Of course, just because people were not called racist for saying certain things, does not imply that they were not saying racist things.

[2] To my knowledge, the President has never precisely defined what he means by political correctness. And he generally seems to use the term to criticize ideas that he doesn’t like or that conflict with his own opinions.

[4] Border Angels is a non-profit groups that helps protect Mexican immigrants in this dangerous journey. You can read about their work here:

7 thoughts on “Political Correctness: Is it Bad?”