I began this blog, Love is Stronger, because of something I discovered in graduate school.

During that time, I spent a lot of time researching and writing about a Brazilian educator named Paulo Freire. Studying his life and work had a profound influence on me.

Freire was born in 1921 in Recife, Brazil, which during the Great Depression became “The center of one of the most extreme situations of poverty and underdevelopment in the Third World…”[1]

Freire’s family was hit especially hard by the Great Depression—so much so that for a period of time, Freire was constantly hungry, and his school work suffered. He often found himself unable to compete his work or even concentrate in class, not because he lacked intelligence, but because he was chronically hungry.[2]

His family was eventually able to escape poverty, but this experience left an indelible mark on Freire and kept at the forefront of his mind this truth: Many people struggle to learn and thrive in life because of economic and social forces that starve and oppress them. Frequently, these forces are the result of the greed and irresponsible behavior of people with a lot of social capital and power.[3] 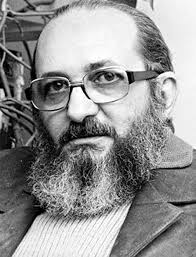 When Freire got older, he saw these same forces at work oppressing the poor Brazilian farmers who were largely disenfranchised because of the legacy of Portuguese colonialization.[4] Because of the work an unjust socioeconomic structure forced on these farmers, most were not able to read and, therefore, not able to vote. Because of this, they had very little hope to change their lives.

To make things worse, Freire realized that the education systems in Brazil practiced what Freire called banking education, a system which focused on passing on information the country’s elites had chosen as important. Banking education is not concerned with helping students actualize themselves or think for themselves. It is interested in training students to serve the status quo. (You can read about banking education in chapter two of Freire’s Pedagogy of the Oppressed.) 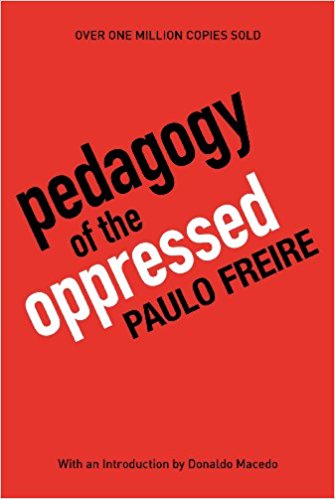 This is Freire’s most famous book.

Freire noticed that Brazilian education regularly communicated myths to students such as that the current political system was inevitable (rather that the result of historical choices people had made) or that the poverty of the farmers was their fault (rather than being a legacy of Portuguese colonialism and the class system it imposed on Brazil.)

Paulo Freire developed a literacy method that was based on living among the poor Brazilian farmers, learning words and phrases that were meaningful to them, and using their own valued words and phrases to help them learn how to read. Freire also used this process to help them become aware of the cultural forces that were locking them into a life of dehumanization, misery, hunger, and lack of education.

Freire’s method was so insightful and successful that he taught 300 Brazilian farmers to read in 45 days.[5] The Brazilian government helped Freire to set up his literacy program all over Brazil, and other countries started adopting his methods. 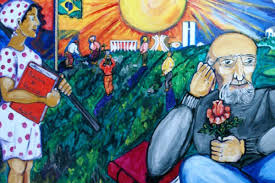 I do not know the artist who painted this, but it is lovely.

And then a right-wing political party staged a military coup in Brazil.[6] They exiled Paulo Freire because they said he was preaching[7] communism and was a “traitor to Christ and to the Brazilian people”.[8]

Undaunted, Paulo Freire continued his work in Bolivia, Chile, and then even the United States.  Freire, who was  Christian, viewed his work on behalf of the poor as service to God. He wrote that too often society views God in the service of the strong, rather than “God on the side of those with whom justice, love and truth should be.[9]

The Birth of Love is Stronger

I did not know it then, but when I read Freire’s quote about love in graduate school, it planted a seed that would later become this blog.

I was struck by the fact that love was the foundation of Freire’s work that transformed the lives of millions of people, both rich and poor, and that helped to inspire liberating social justice movements around the world.

Freire was claiming, more or less, that love is the power that changes the world.

In fact, if Freire was here today, and we asked him what we should do about the social difficulties we are facing, I believe he would say, “You must start with love.” (Of course, he would suggest actions we must take, too–for Freire, love is a matter of reflection and action.)

How Can This Be? My Doubts

I will admit that when I first read these words about love, I had strong doubts. Love is a nice sentiment, I thought, but it isn’t enough. I mean, didn’t the hippies try that already?

But my view of this started to change.

During my reading and thinking, I realized something: I didn’t really know how to love myself. This realization was a culmination of life events that had occurred in my early and mid-thirties, but my philosophical readings really brought the problem to my attention.

For example, it was through Kant that I realized I often did not have confidence in my own thinking and decision-making capabilities–that I often relied on “authorities” to tell me what to do because, so I thought, I couldn’t possibly know what was best for  myself.

It was in my readings of Rousseau that I realized I often had an excessive desire for other’s approval and that I sometimes sought this to the detriment of my own well-being.

It was in my readings of Asian philosophy that I realized I didn’t know how to be present with and kind to myself.

It was through reading feminist philosophy that I realized I often thought unloving things about myself that were specifically tied to harmful cultural messages I received about the value and role of women in society.

In other words, I realized I didn’t know how to love and respect myself, and I realized that my inability to love myself often caused problems in my own life, as well as my relationships with other people. 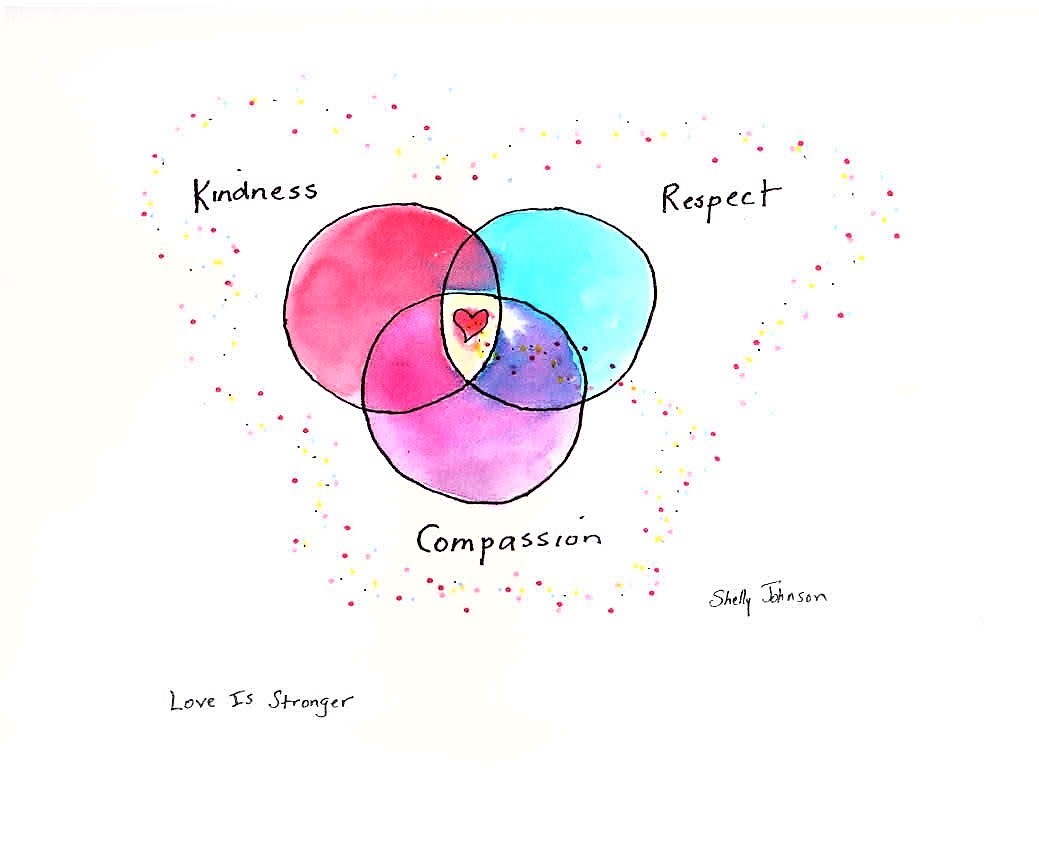 That Paulo Freire is on to something, I thought.

When we are able to approach ourselves, others, and the world with an attitude of love (which entails kindness, compassion, and respect), we affirm our own dignity and the dignity of every human being. We acknowledge tragedy and suffering, but we also realize that when we are willing to dialogue with each other from a place of love, we often figure out amazing solutions, and we transform the world together in the process.

This is always a process, but it is a hopeful process.

What is the Alternative to Love?

So, I began writing this blog because I believe with Freire that love is indeed the answer. Love is Stronger.

Love gives us the power to reclaim our own dignity and to recognize the dignity of others. It is in that process that we take hopeful responsibility for transforming the world for greater justice, beauty, and humane living.

This kind of love is powerful, and I believe it can change our lives and, eventually, the world.

But I still have doubts about love sometimes.

In fact, at a recent conference, I was shocked in talking to some philosophers from Brazil to discover that a right-wing political group in Brazil was working to remove Freire as the patron saint of education. Apparently, they want a more “Christian” educational role model. (Again, I ask, which Bible are these people reading?)

At the time I heard this, I was struggling a lot with my anger and fear over extreme right-wing politics in the U.S., and I thought, “It’s the same old #$%@ again.”

What I Have Learned

Life can be really hard and discouraging. There is no doubt that human beings can be greedy, ignorant, prejudice, and violent. These problems are bad enough when they are acted out on an interpersonal scale. When they are enacted on a political scale, the results can be tragic and overwhelming.

But then I think about the alternative to love: self-destruction, despair, cynicism, hopelessness, apathy, and violence. 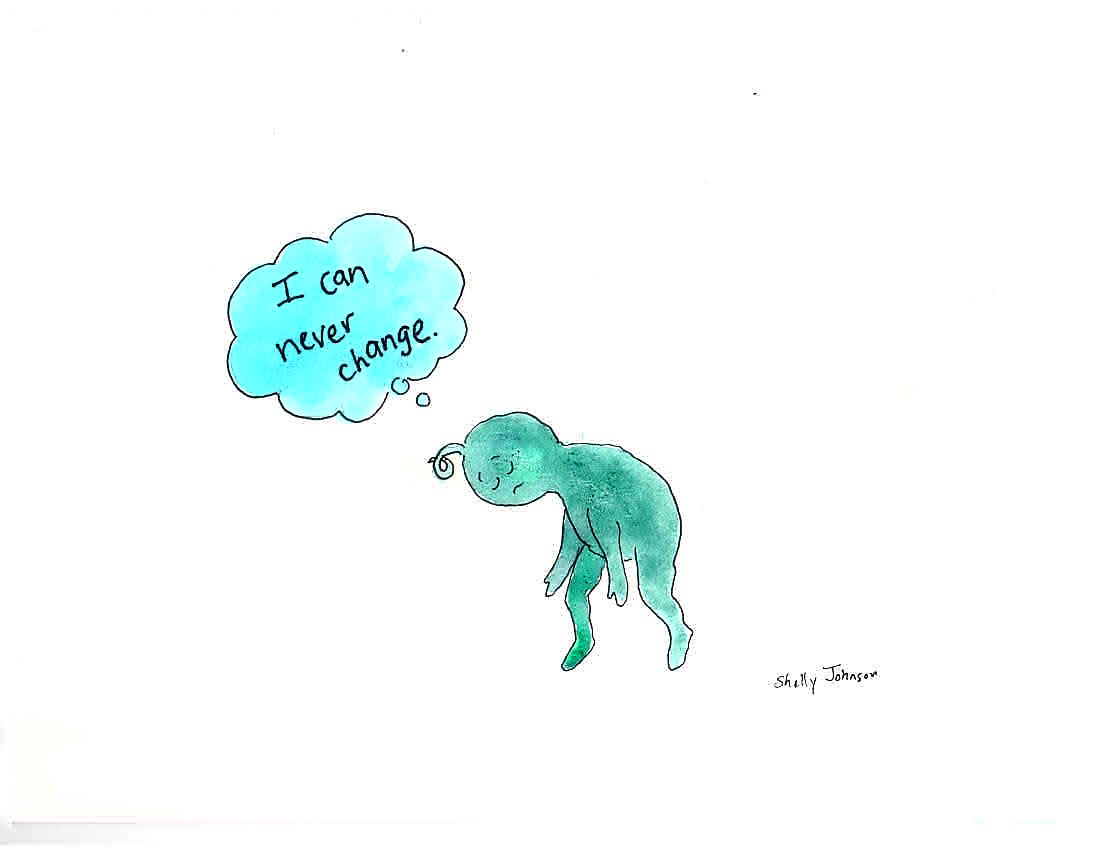 Those alternatives certainly have a kind of negative power of their own but they lack the power that comes from connection, creativity, and realistic hope. This is the kind of power that had driven social movements like the suffragette movement and movements for the abolition of slavery, civil rights, and other great social movement all over the world.

Such creative, hopeful movements can be threatening because they invite us to become larger, freer versions of ourselves, and that is often scary. That is why people often prefer the well-worn paths of force, domination, and dehumanization.

We know the rules to those games. We have been playing them for thousands of years.

But I am going to keep writing Love is Stronger, and here is why: Because Love is on our side.

Love is the call to each of us to become more real, more at peace with ourselves, more human, more connected, more creative, more hopeful, more authentic, more wise, etc. Love is a drive in each of us, but it is also outside of us calling to us.  Maybe you have heard it calling to you.

All over the world, there are people like you and me who feel stirred and called by love. We are beginning to recognize our own dignity and the dignity of others. We have dreams about how we could act together to make the world a more just, beautiful, and humane place.

I don’t think those are pipe dreams. I think these stirrings are love’s invitation to us, just like it invited Paulo Freire and others like him. 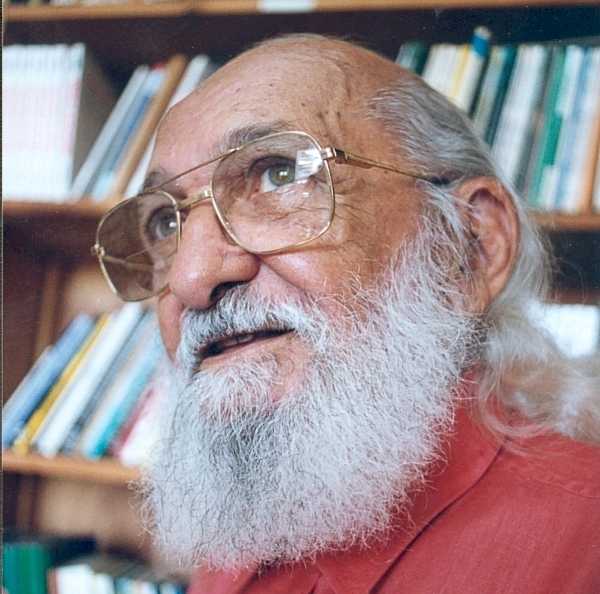 It is hard to love sometimes, but it is not impossible. Love is on our side

[3] For example, while the Great Depression had several different contributing causes (like drought and the Dust Bowl), it was also caused by irresponsible stock market speculation.

[4] “The Portuguese in Brazil”. The World Economy. http://www.theworldeconomy.org/impact/The_Portuguese_in_Brazil.html

[7] If teaching poor Brazilian farmers how to read so that they can live more empowered lives and discover their dignity is communist, then sign me up.

[8] One must wonder what kind of Bible the right-wing military coup was reading. Apparently it wasn’t the Bible with stories of Christ in the New Testament whose primary focus was feeding and healing the sick, poor, and outcast of society and who regularly chastised the church leaders for failing to do the same.

[11] For example, I have felt love and compassion for the world since I was younger, but for some reason, for a long time, I failed to realize that I was supposed to show this same love and compassion to myself. One of the things that helped me begin to love myself more was my growing awareness of the discrepancy between how I treated myself and how I treated other people.

14 thoughts on “Why I Started My Blog; Why I Have Doubts About It Sometimes; and Why I Keep Writing”