For the last month, Democrats in the House, led by Speaker of the House Nancy Pelosi, have been leading an impeachment inquiry into the action of President Trump regarding a phone call to Ukrainian President Volodymyr Zelensky. (You can read more about the impeachment process and the President’s specific actions here.)

It may or may not be wise to remove Trump from office (I’ll address that issue briefly at the end of the post). Either way,  it seems increasingly likely that impeaching the President is a good and just thing to do for Republicans, Democrats, and everyone else.

The evidence increasingly suggests that  during President Trump’s phone call with the Ukrainian president (along with Trump’s adjacent actions) the President threatened to withhold crucial aid to Ukraine unless they announced a corruption investigation into Joe Biden who was the President’s primary political rival at the time.

This evidence isn’t just an opinion floated around by the Democrats. It is a set of fact increasingly established through evidence such as the President’s own words; through testimony of first-hand witnesses; through text messages made public; and through the expert opinion of non-partisan security personnel.

Even most Republican politicians are no longer disputing the basic facts surrounding the President’s phone call with Ukraine.

But if the President did indeed do what the Democrats say he did, there is a second question: were his actions wrong? 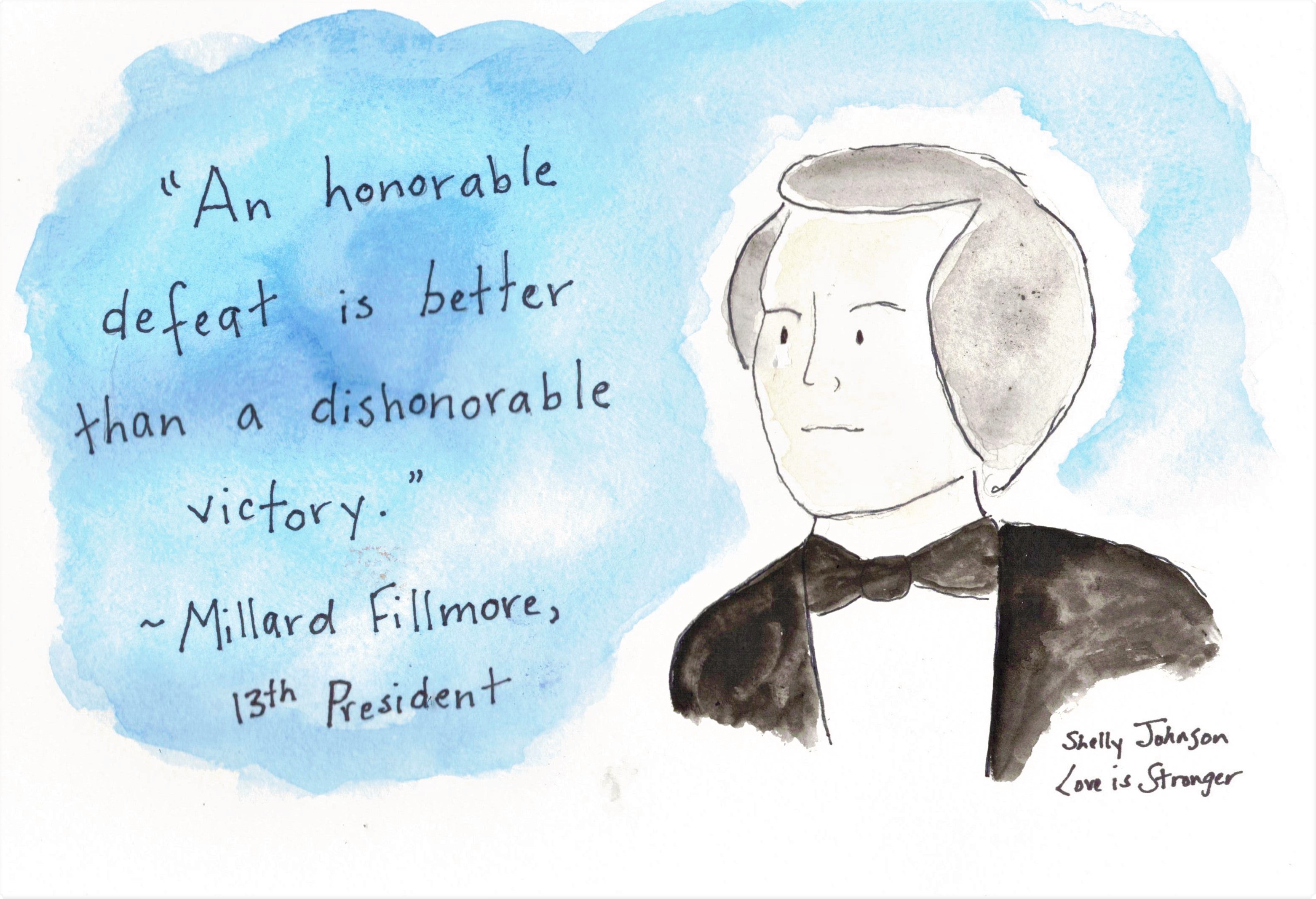 The evidence also increasingly suggests that his actions were wrong.

Why are His Actions Wrong?

The U.S. election process is supposed to be a fair and unbiased process in which the candidate who wins the office of president is the candidate people in the U.S. believe is the best, most qualified to win.

Now, of course, this process doesn’t work perfectly. It is certainly true that a person is more likely to become president if he has wealth; is a white, male protestant; and has certain political and social ties.

It is also true that the electoral college system complicates the process.

Nevertheless, the process has worked reasonably well throughout history* and is a generally fair** process, although an imperfect one. This process is greatly disrupted if the most powerful person in the U.S., the president, can use the wealth of the country, U.S. military power, and the influence of his office to pressure foreign powers to aid him in his re-election campaign.

For example, if the president can manipulate and bribe foreign powers to hurt his political opponents, as President Trump is accused of doing, this greatly compromises the fairness of the process and violates our constitutional election system.

Strong-arming election processes is how authoritarian regimes work. It is not how democracies work—or it should not be. It is certainly not how the writers of our Constitution envisioned our election process working. 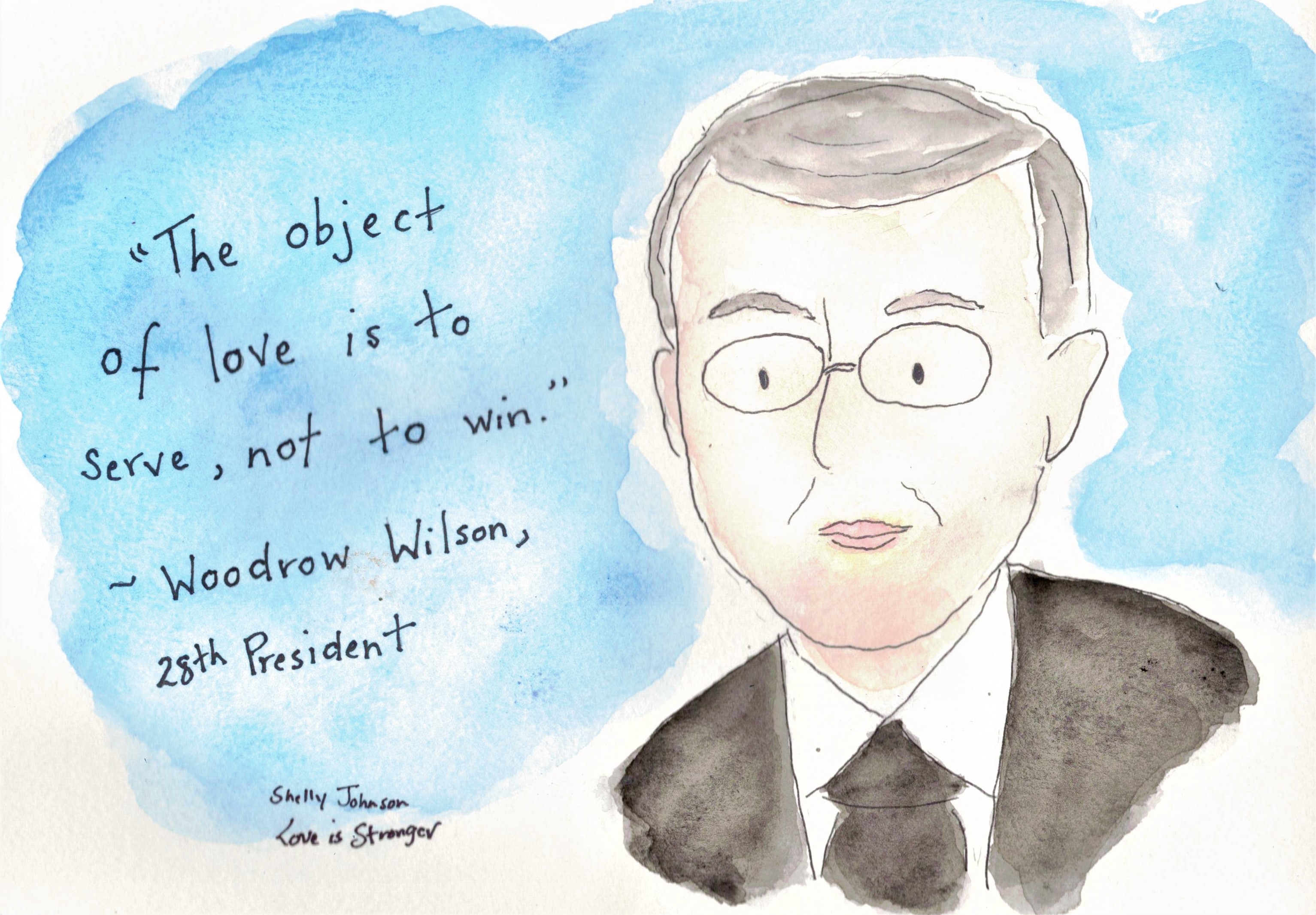 This explains why many people, both Republican and Democrat, argue that Trump’s actions fall under the category of “high crimes and misdemeanors”, the phrase the Constitution uses to denote which actions by a president are impeachable. You can read more about this here and here.

But not only does Trump’s call to the Ukrainian president demonstrate an attempt to use his office to boost his own re-election chances; it shows a willful intent to benefit himself at the expense of long-standing, bi-partisan U.S. foreign policy and the interest of U.S. security, peace, and stability.

Evidence given by non-partisan witnesses increasingly suggests that President Trump attempted to tie Ukrainian aid to the country’s willingness to announce an investigation into supposed “corruption” charges against Joe Biden. (These “corruption” charges are the subject of a debunked conspiracy theory. You can read more about this here and here.)

Withholding aid to Ukraine has potentially dangerous consequences both to the U.S. and Ukraine. You can read more about this here, here, and here. Ukraine has been an ally to the U.S. and supportive of its interests abroad, and strengthening Ukraine is key to keeping Russian aggression in check, which has been a concern for both U.S. military and security personnel since the Cold War ended. (By the way, while past presidents have threatened to withhold aid from Ukraine, they did it for very different reasons, which you can read about here.)

These are all things that the President should know or about which, at the very least, he should listen to his security advisors. Unfortunately, the President is generally unwilling to listen to his own appointees in his administration who could inform him of such matters. (You can read about one of the clearest examples of this here.) 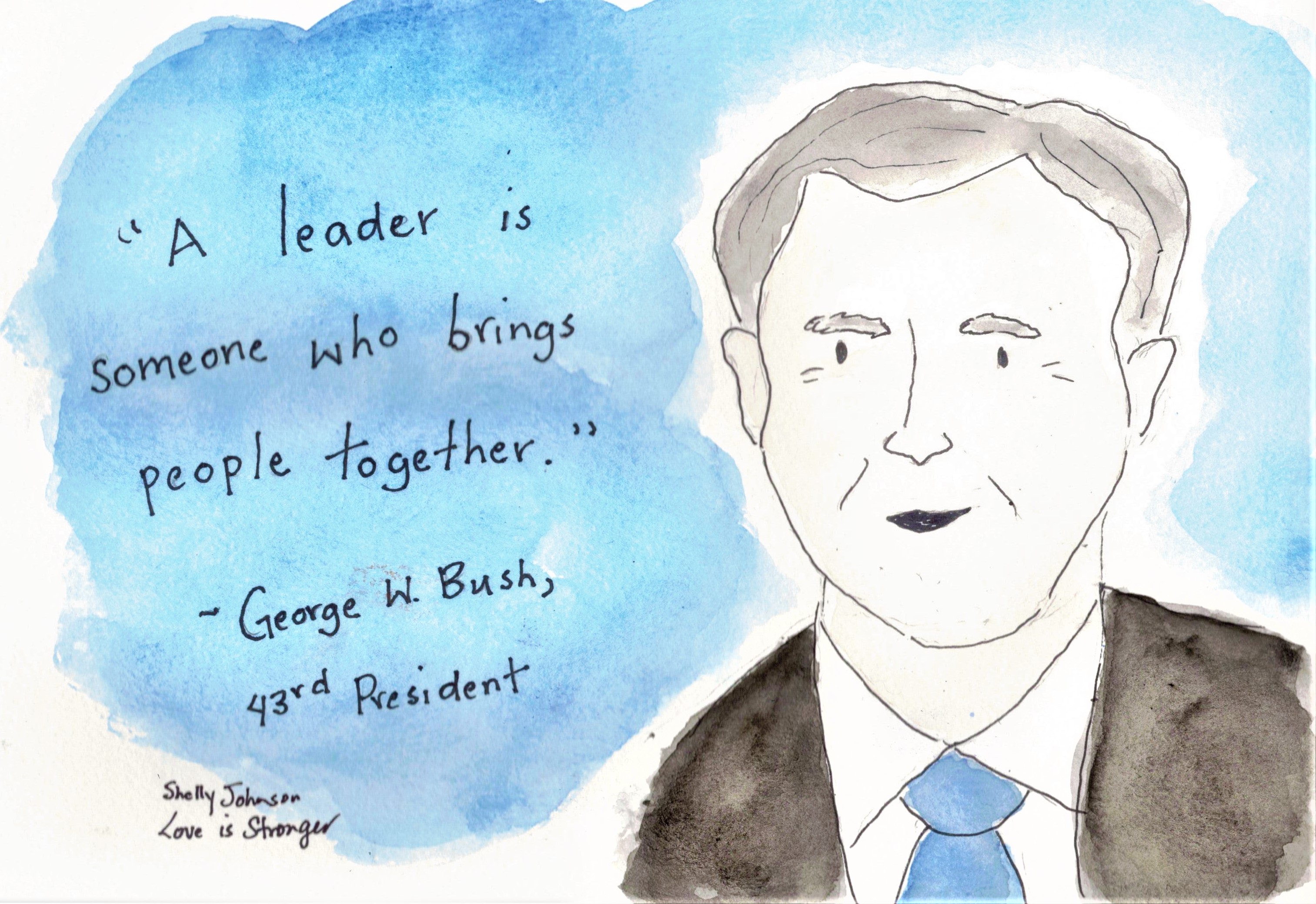 The facts surrounding this issue increasingly show that impeaching President Trump is both good and necessary for Republicans, Democrats, Independents, and everyone else. Impeachmeachment communicates that such actions by any president, Republican or Democrat, are unacceptable; that no president is above the Constitution; that we do not tolerate power abuses by the President; and that the President’s job is to serve the country—not his own personal interest. 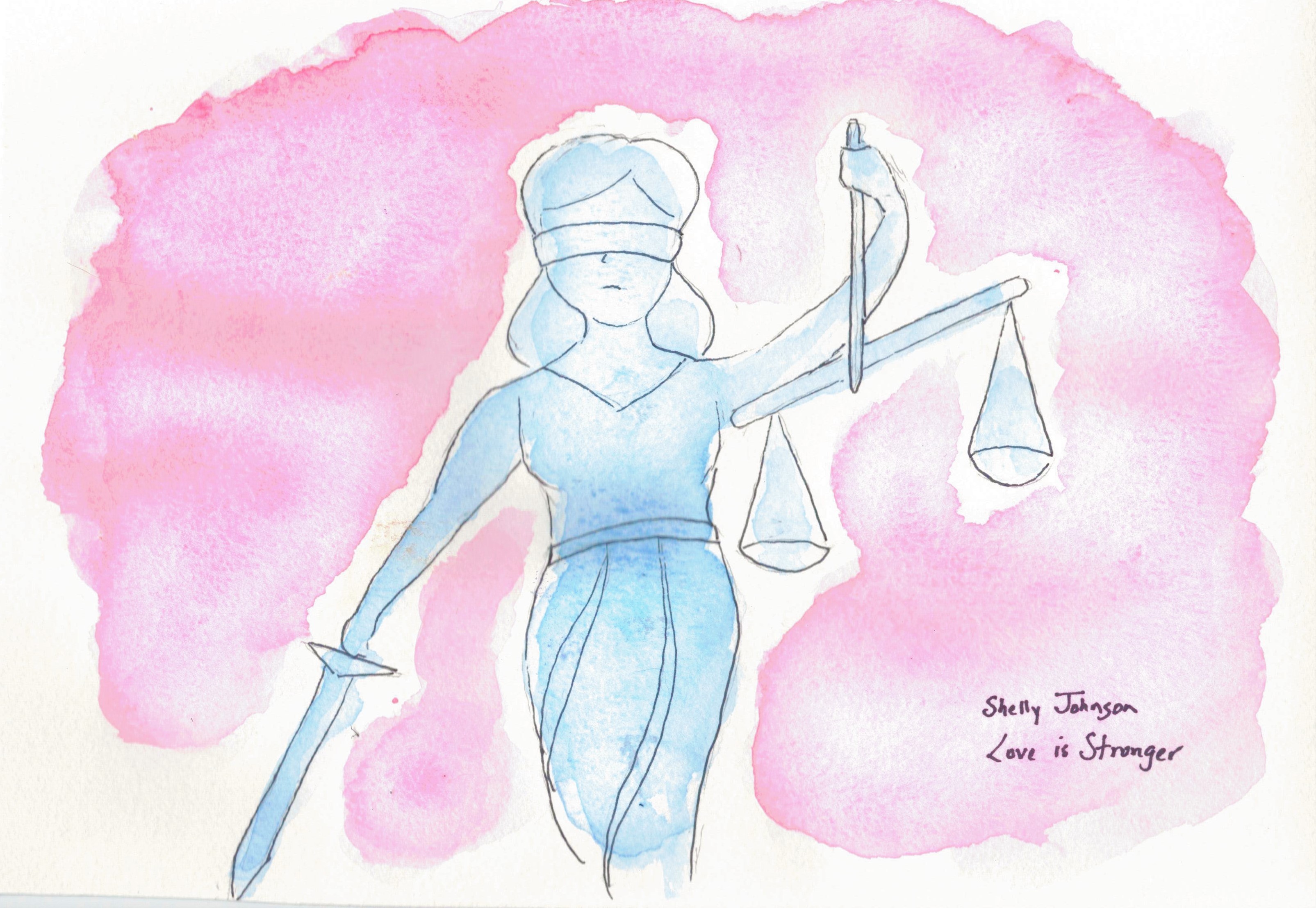 Republicans as well as Democrats (and everyone else) benefit from holding presidents to such standards. When we continue to hold these standards together as a country, it becomes easier to check future presidents—Democratic or Republican—who try to abuse their power. On the other hand, if we allow such abuses of power to slide, this sets a precedent for all future presidents–Democrat or Republican.

If the President is impeached, the Senate still must decide whether to remove him from office. Whether or not that is a good idea is the subject of future posts.

Do the President’s Action Constitute High Crimes and Misdemeanors? What Would the Writers of the Constitution Say?

Is the President Amoral? Does It Matter?

*I beg pardon of my readers who are aware of and critical of (rightly so!) oppressive tendencies in the U.S. government and elections processes–especially my readers very familiar with critical theory. I completely agree with your concerns in this area and for the sake of simplicity am focusing on the better angels of our election process in this post. I have addressed political oppression in other posts and will do so again in future posts.

**Once again, I am definitely aware of the structural injustice that is a part of our government and election system and have written about this elsewhere. (For example, I address some of these issues in this post, this post,and this post.) When I say our election is generally “fair”, I am contrasting it to regime changes that occur through, for instance, assassinations or violent and bloody coup d’etats.

10 thoughts on “Should the President Be Impeached? (An Examination of the Evidence)”