Did you know that the phrase “I was only joking” is usually an excuse for bad behavior?

The Insulting Context of “I was Only Joking”

People say “I was only joking” a lot, and in my experience, this phrase is rarely, if ever, used to refer to something good a person said.

For instance, I have heard people say, “I was only joking” after they make a joke with subtle or overt racist implications.

I have heard people use this phrase after making a cruel comment about someone’s weight or some other aspect of their appearance.

People also often use this phrase after saying something insulting about someone’s intelligence or about some other basic character trait. 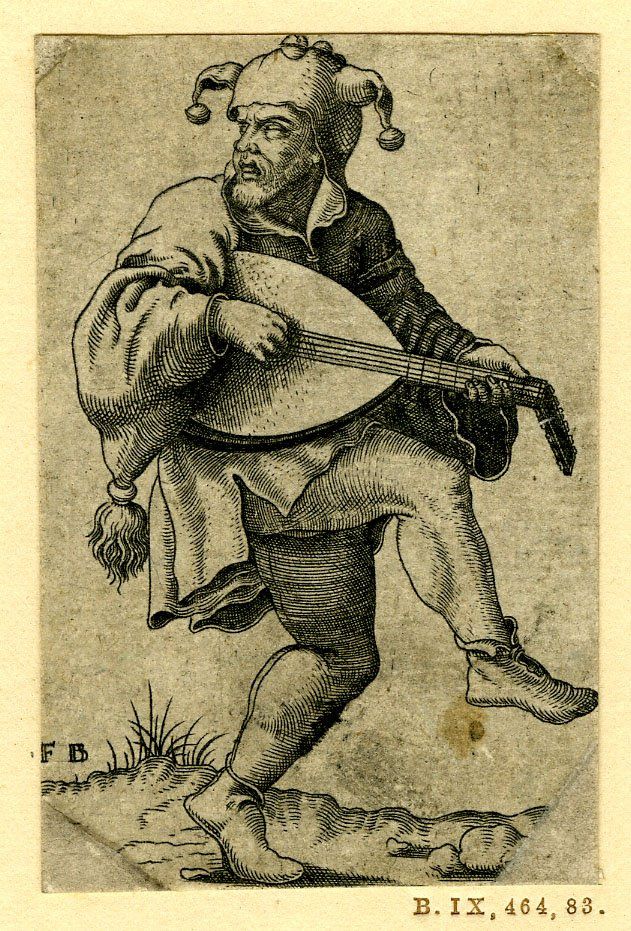 The phrase “I was only joking” is usually an excuse for bad behavior because people usually use it as a cover for insults. (This drawing is by Franz Isaac Brun.)

The Typical “I Was Only Joking” Pattern

Common usage of this phrase follows a pretty typical pattern:

Someone says something mean and insulting about someone else or about a whole group of people.

Then a person or a group of people gets upset about the comment.

The person who originally said the comment backpedals and says, “I was only joking.”

The implication of this statement is, “You shouldn’t be upset because I didn’t really mean what I was saying. I only meant it as a joke.” 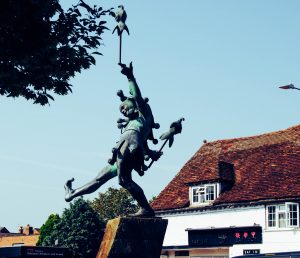 The phrases, “I was only joking” is usually an excuse for bad behavior because people often use it to gloss over remarks that are racist or prejudice. (Photo by by Rachel, courtesy of Unsplash.)

This Just Happened Recently in the News

This type of behavior recently made front-page news. You may have heard of the Roseanne Barr kerfuffle.

Barr insulted President Obama’s former adviser, Valerie Jarrett. Roseanne then tweeted (literally) that Jarrett was the offspring of “the Muslim brotherhood and the Planet of the Apes”. You can read about this incident here (and pretty much every other major news source).

A storm of protest erupted immediately after Barr’s tweet. ABC canceled the reboot version of her show Roseanne.

Barr responded in various ways. She suggested that her inappropriate tweet was a result of Ambien she was taking at the time. She criticized her colleagues who spoke out against her behavior. Additionally, she apologized and said she would be leaving Twitter. (Again, you can read about all of this here. And also here.)

She also said that she was only joking when she insulted Valerie Jarrett.

What is actually going on when people say they were only joking?

An Analysis of “I was Only Joking”

I think that quite often when people say this common phrase, they use the phrase deceptively to smooth over behavior that they know is bad.

On other occasions, people may not have literally meant what they said in a bad way and, indeed, only meant it as a joke.

Either way, when people use this phrase after they have said something cruel, this excuse is never acceptable. It never legitimizes their behavior.

On Jokes, Ethics, and the Way We Treat Other People

We never, ever have the right to use someone to get a laugh from other people, especially when the laugh is at the other person’s expense.[1]

When people make demeaning jokes about other people in order to get a laugh, these people are in essence saying, “Your feelings, reputation, and opinion are not important. What is most important now is that I get a laugh from other people, and I am going to use you do to it.”

This is a form of violence against other people. 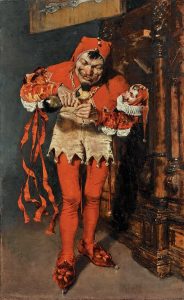 The phrase “I was only joking” is usually an excuse for bad behavior because it is emotionally violent towards other people. (“The Court Jester”, Photo by William Merrit Chase, courtesy of Wikipedia.)

When we are physically violent with others, we use physical force to dominate the other person. We make them surrender, or we make them do something they don’t want to do.

When we use people to get a laugh at their expense, this is emotional violence. We to force humiliation upon them in order to make ourselves look better.

It doesn’t matter if we didn’t intend such violence.

You Can Do Bad Things Without Intending To Do So

Just because we don’t intend to do something, doesn’t mean our actions are okay. For instance, someone may not have intended to get drunk at a bar, to drive home, and to run into a telephone pole.

Nevertheless, a person who does this makes a series of choices that leads to these outcomes. They are still culpable for the outcome, even though they didn’t originally intend it.

In the same way, someone may not have set out to humiliate someone else and make them feel violated emotionally.

But when a person makes jokes about other people without their consent, they make a series of poor, thoughtless, and unethical choices that result in harm to others. 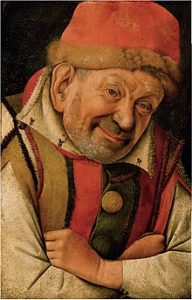 Carelessness and Lack of Thought is No Excuse

They may not have chosen the outcome of their behavior initially, but they made choices that clearly led to this outcome. In other words, carelessness and lack of forethought is no excuse for doing ignorant, unethical, and cruel things.

And to say, “I was only joking” after the fact does not make it better. It actually highlights the very problem at hand.

Rebuttal: But People Do This Kind of Thing All the Time

One possible objection to all of this is that “People do this kind of thing all the time.” After all, making jokes at other people’s expense is common fare for sitcoms[2], stand-up comedians, and even (in some situations) politicians.[3]

I would like to point out that the argument “Everyone does it” is never a good justification for doing or not doing something.

Obviously, if everyone starts stealing or cheating or killing, that does not make this behavior okay.

Sometimes Everyone has Lost Their Collective Minds

Sometimes the reason everyone is doing something is because they have collectively lost their bloomin’ minds or their moral compass. History is replete with examples of collective losses of minds and moral compasses. (See the French Revolution, slavery, genocides, foot binding, the violation of women’s rights, segregation, apartheid, etc., etc.) 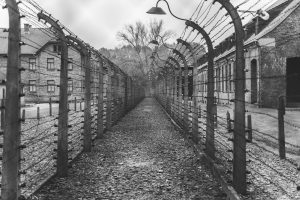 Auschwitz in Poland. Photo by Karston Winegeart, courtesy of Unsplash

I would also suggest that the reason we have so many interpersonal problems and relationship breakdowns in society is that culture (and some aspects of human nature) encourage us to use people, at their expense, to profit ourselves in some way.

This is manipulation, objectification, and violence. Healthy, respectful, and loving relationships cannot thrive in this atmosphere.

Making jokes at other people’s expense is one way that we manipulate, objectify, and use violence against them. This common behavior leads to relationship breakdowns or complications. (How safe and loved do you feel by a family member, friend, or partner who constantly makes jokes at your expense?)

Another Rebuttal: People are Too Sensitive

When people say “People are way too sensitive” about certain jokes or comments, this statement itself is actually a form of sensitivity. People are being sensitive about people’s objections to certain types of rhetoric.

You are Not the Boss of People’s Feelings

But in addition to this, the comment “People are way too sensitive” is an attempt to tell people how they should feel, behave, and think about things that relate directly to them. Even if people are too sensitive, they have the right and responsibility to tell other people to stop when they don’t like how they are being treated.

This is related to our right or responsibility with our property. For example, let us say that someone walks across our grass, or even worse, allows their pet to relieve themselves in our yard.

In the grand scheme of things, these things may not be a really big deal. However, other people don’t have the right to walk across our yard or allow their pets to use our yard as a bathroom. And we have the right and responsibility to tell them to stop if it is bothering us.

In the same way, if people are making jokes at our expense, it may not seem like this is not a big deal in the grand scheme of things, but people don’t have the right to use us in this way, and we have the right and responsibility to tell them to stop if it hurts us.

The most important responsibility we have to ourselves and to society is to create a safe and respectful place where we can nurture our humanity. Our humanity is the light in all of us, and this light is our capacity to be wise, moral, compassionate, and creative. Making jokes at other people’s expense crushes people’s spirits and dims their light.

“I was only joking” never legitimizes this tragedy.

I’m Just Telling It Like It Is: I Do Not Think That Phrase Means What You Think It Means

Peaceful Political Discussions: How Not to Be an Idiot in Six Easy Steps

[1] When people consent to being made fun of, that is another matter. (For example, at political roasts—although I would argue that there are still some jokes in this context that would be crossing the line.)

[2] I would like to state for the record that TV sitcoms almost universally deliver up examples of unhealthy, toxic, and destructive relationship and communication patterns. Most TV sitcoms teach us to make jokes at other people’s expense and that this behavior is normal and even admirable.

25 thoughts on “About the Phrase, “I Was Only Joking””